In his new book, Seyed Hossein Mousavian recounts new details of how the chances for US-Iran engagement after 9/11 and the 2003-2005 nuclear negotiations were wasted, at great cost. 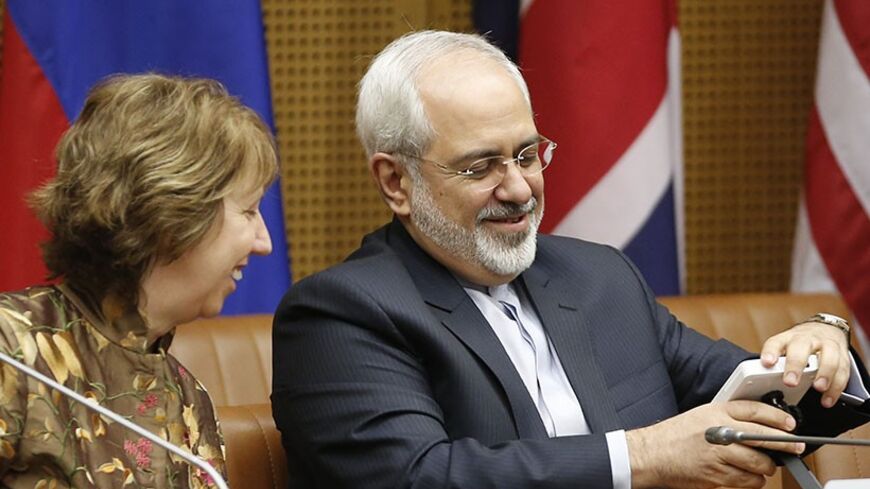 The talks between the five permanent members of the UN Security Council plus Germany and Iran are moving “very slowly and with difficulty,” Iran's Deputy Foreign Minister Abbas Araqchi said May 16 after the conclusion of the latest round of negotiations in Vienna. The next day, lead Iranian negotiator and Foreign Minister Mohammad Javad Zarif tweeted, “Back from Vienna after tough discussions. Agreement is possible. But illusions need to go. Opportunity shouldn't be missed again like in 2005.”

A comprehensive nuclear agreement between Iran and world powers, ending three decades of estrangement, hostility and sanctions, has never been closer, but it would be a tragedy if the current round of talks ended up on the list of missed opportunities between the United States and Iran, as I recount in my new book co-authored with Shahir Shahidsaless, "Iran and the United States: An Insider’s View on the Failed Past and the Road to Peace."

One of the most disappointing of these missed opportunities came after the al-Qaeda attack on the United States on Sept. 11, 2001. Iran was among the first countries to denounce the attack and offer condolences to the United States. “On behalf of the Iranian government and the nation, I condemn the hijacking attempts and terrorist attacks. … My deep sympathy goes out to the American nation,” said Iran’s then-President Mohammad Khatami.

In 2001, there began substantive negotiations between the Iranian and US governments, seeking avenues of cooperation on Afghanistan.

In his speech at the Carnegie International Endowment, Ryan Crocker, the deputy assistant secretary of state for Near Eastern and South Asian Affairs in 2001 and current dean and professor at the George Bush School of Government & Public Service at Texas A&M University who represented the United States in the talks with the Iranians after 9/11, describes the atmosphere of those talks in this way:

“During those pre-attack discussions — and you’ll remember the air war began in early October — the Iranian thrust was, you know, what do you need to know to knock their blocks off? You want their order of battle? Here’s the map. You want to know where we think their weak points are? Here, here and here. You want to know how we think they’re going to react to an air campaign? … Ask us. We’ve got the answers. … This was an unprecedented period since the revolution of, again, a US-Iranian dialogue on a particular issue where we very much had common interest and common cause.”

During a fall 2012 conference in Berlin, James Dobbins, US special representative for Afghanistan and Pakistan, who led the American delegation at the Bonn Conference in 2001 to create a post-Taliban government for Afghanistan, told me that Hamid Karzai was the United States’ favored candidate to lead the new Afghan government. “Iranians also supported us,” Dobbins said.

Dobbins highlighted the role of Zarif, then Iran’s deputy minister of foreign affairs in international and juridical affairs and currently Iran’s foreign minister, in the success of the Bonn Conference and the establishment of the new Afghan government. According to a report by Michael Hirsh, in an interview, Dobbins “pointed out that Karzai was a Pashtun from the south, like the majority of the Afghan population.” Tajiks from the Northern Alliance, historically rivals to the Pashtuns and led by Yunus Qanooni, tenaciously demanded the majority share in the new government “since they were the people that had captured Kabul, according to Dobbins.” Dobbins said that “By 4 a.m., they had reached a very critical moment. Nobody was able to change Qanooni’s mind. Zarif finally and authoritatively whispered in Qanooni’s ear, 'This is the best deal you can get.' And Qanooni said, 'OK.'”

Even after the creation of a new Afghan government at the Bonn Conference, talks continued. But suddenly, there came a veritable bombshell. Then-President George W. Bush, only a few weeks after the Bonn Conference, stunned us by including Iran in the “axis of evil” during his January 2002 State of the Union address. Talks continued, but the Iranians’ appetite for cooperation was diminished.

After one of the Supreme National Security Council meetings, Qasem Soleimani, the commander of Iran’s Qods Force, told me, without holding back, about his ill feelings toward George Bush’s response to Iran’s invaluable assistance. He said that when cooperation had begun, he had suspected that the US request for help might have been a tactical move and not intended to lead to long-term cooperation. But I also viewed Iran’s engagement as a no-lose proposition. If the United States were sincere, we would help them topple our arch enemy and al-Qaeda, an extremist terrorist group that threatened our security, the region and the international community. Soleimani posited that if the United States wanted to betray Iran and break away once it was established in Afghanistan, it would become trapped like the Soviets.

In the aftermath of Bush’s address, Khatami told me, “I am confident that Bush put the final nail in the coffin of Iran-US relations.” He added, “I guess any improvement in relations must be ruled out, at least during my presidency.” Iranian Supreme Leader Ayatollah Ali Khamenei had warned some Iranian officials at the very beginning: “The Americans’ invitation for cooperation is tactical.”

Later, the 2003-2005 nuclear negotiations with the EU3 (Britain, France and Germany) failed simply because, as I was told by the European negotiators, the US position was “zero enrichment” in Iran. I told my European interlocutors that Iran would not comply with the will of the United States because the US demands were presented in a bullying fashion. This, I told them, collides with national pride, the driving force behind Iran’s nuclear program.

Mohamed ElBaradei, the former director-general of the International Atomic Energy Agency, rightly recently penned, “It took the West a decade to realize that bare-knuckle competition for regional influence was not a viable strategy for dealing with Iran. The recent interim agreement … could have been reached 10 years ago.”

The current precarious state of affairs cannot be sustained. If no common ground is created between Iran and the United States and the other world powers on the nuclear issue, one of two scenarios with similar outcomes, is likely to occur. As pressures build over time, patience for long diplomatic processes will wane and military confrontation could take the place of diplomacy. Or, as the United States tightens sanctions even further, Iran’s retaliatory actions may lead to an inadvertent or deliberate confrontation. The already crisis-stricken Middle East and the potential for a wider military confrontation should give greater urgency for the opportunity not to be missed this time.