What are prospects of limited engagement between Iran, US in Afghanistan?

While tensions between Iran and the United States are escalating, their shared interest in Afghanistan’s stability could promote compartmentalized cooperation between the two sides. 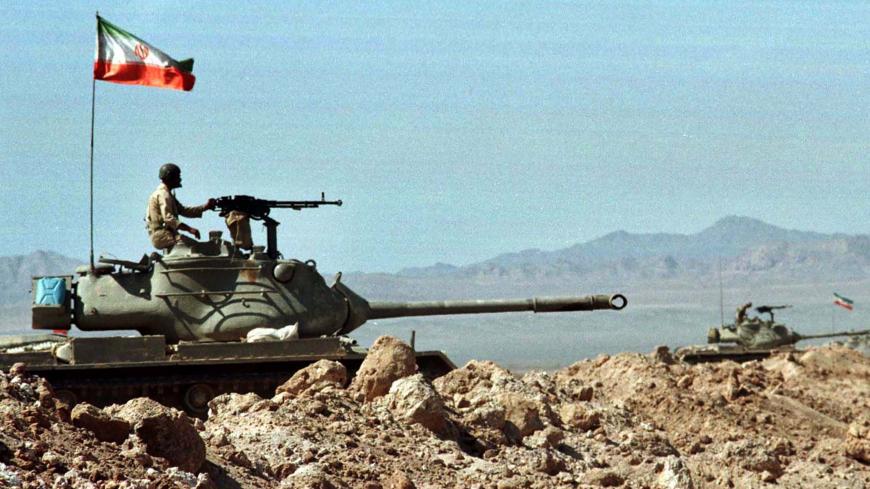 Iranian soldiers sit atop their tanks in an Iranian border province next to Afghanistan, Oct. 1, 1998. - Reuters

The administration of US President Donald Trump has in recent months increased its efforts to advance the peace process in Afghanistan. To this end, and for the first time ever, the United States has entered into direct negotiations with the Taliban. Washington has also engaged in more talks with the European coalition and the Afghan government as well as beginning an intensive round of discussions with Pakistan using the carrot and stick approach. In addition to all this, the US State Department has also appointed former US Ambassador to Kabul Zalmay Khalilzad as special envoy to Afghanistan. Khalilzad had a prominent role in the creation of a new political structure in Afghanistan during the 2001 Bonn Conference, following the US invasion of that country and the ousting of the Taliban from power.

Historically, Iran has also been a major party when it comes to war and peace in Afghanistan. The question now is whether Tehran and Washington will engage in a new round of cooperation to advance the Afghan peace process.

Iran and the United States share common interests in Afghanistan, and during sensitive periods there has been limited engagement between the two. The beginning of the 21st century was accompanied with the collapse of the Taliban near Iran’s eastern border and the fall of former Iraqi dictator Saddam Hussein on the western border — both of which created important strategic openings for Iran.

One of the main players responsible for the fall of the Taliban was the Northern Alliance of Afghanistan, a force that is close to Iran and was supported by US troops on the ground and through coordinated airstrikes. There was also intense cooperation between Iran and the United States during the 2001 Bonn Conference, which laid the foundation for the current Afghan political system. In his book “The Envoy,” Khalilzad refers to consultations and cooperation with Mohammad Javad Zarif, then-Iranian ambassador to the United Nations and Iran’s current foreign minister. According to Khalilzad, Zarif — who served as Iran’s negotiator in the Bonn Conference — played a key role in breaking the deadlock in talks and reaching a final agreement. That agreement led to the Northern Alliance’s return to power, the creation of some stability in Afghanistan and the establishment of a democratic system, all while allowing Tehran and Washington to take a major step in advancing their shared interests.

Iran and the United States continue to have common interests in Afghanistan, even in the current situation. The maintenance of order and political stability, lasting democracy, maintaining the presence of forces close to Iran and the United States in power, as well as confronting the rising influence of the Islamic State (IS) in Afghanistan are some of these shared interests. This can pave the way for a resumption of cooperation between the two nations to advance the Afghan peace process. It is perhaps because of these shared goals that the Trump administration, in its South Asia strategy, has described Pakistan and not Iran as the key reason behind Afghanistan’s instability and is pressuring Islamabad. At the same time, the administration of Iranian President Hassan Rouhani has also remained silent on the US presence in Afghanistan and simply described it as Afghanistan’s choice as an independent government.

However, there are also increasing obstacles for potential US-Iran cooperation in the new round of efforts for establishing peace in Afghanistan. Already, the level of collaboration between Iran and the United States in Afghanistan is very limited, fragile, reversible and strongly influenced by the “trust crisis” between the two countries as well as Afghanistan’s changing geopolitics. The Bonn Conference, which marks the peak of US-Iran cooperation in history, quickly became a foreign policy trauma for former Iranian President Mohammad Khatami due to his administration’s approach toward the United States. Indeed, almost immediately after the Bonn conference, the administration of then-US President George W. Bush described Iran as being part of an “axis of evil,” thereby eliminating any possibility for future cooperation between the two.

Today, the “trust crisis” between Iran and the United States has increased even further following Washington’s withdrawal from the nuclear deal and its growing pressures on Tehran, which do not seem to be subsiding anytime soon. Meanwhile, Afghanistan has somehow become entwined in the Middle East security complex. According to some Afghan politicians, the country is now even involved with the wars in Syria and Iraq, given the presence of the Fatemiyoun Brigade (an Afghan Shiite militia formed in 2014 to fight in Syria on the side of the government) in Syria and the targeting of Afghan Shiites by IS, particularly in western Kabul.

Iranian officials claim that the United States has transferred IS to Afghanistan to create new security challenges for Tehran. Thus, with the increasing Iran-US hostility in the Middle East, as well as the existing “trust crisis” between them, it seems unlikely that they will cooperate on Afghanistan.

In the grander scheme of things, Afghanistan’s geopolitics is collapsing, and contrary to the period that followed the 9/11 attacks or the Bonn Conference that was held that same year, the crisis in Afghanistan is on its way to becoming polarized. At the same time, both the United States and the Afghan government are becoming weaker in their position while the Taliban and Pakistan are improving in theirs. Meanwhile, Russia and China, as the new players, have an increasing role in shaping the path of this crisis. Influenced by this trend, the balance of forces within the Afghan national unity government has also become polarized. On Aug. 25, Afghanistan’s national security adviser resigned from his post over differences with President Ashraf Ghani, particularly regarding relations with Russia. There are also rising differences between the president and the country’s foreign minister.

This geopolitical collapse has likely influenced Tehran’s strategic calculations. Meanwhile, as the “trust crisis” between Tehran and Washington continues to rise, Tehran and Moscow are expanding their strategic cooperation, and Afghanistan could be the scene of this new collaboration. However, neither of these two countries are capable of providing security to Afghanistan. It seems the United States is the most influential player in managing this crisis, a fact that Tehran also realizes.

Iran’s relations with the United States have been filled with hostility over the past four decades. Amidst this hostility, however, Afghanistan has been at the center of the limited and fragile engagement between them. Therefore, if these two nations are looking for an opening for engagement, advancing the peace process in Afghanistan can perhaps be a starting point. 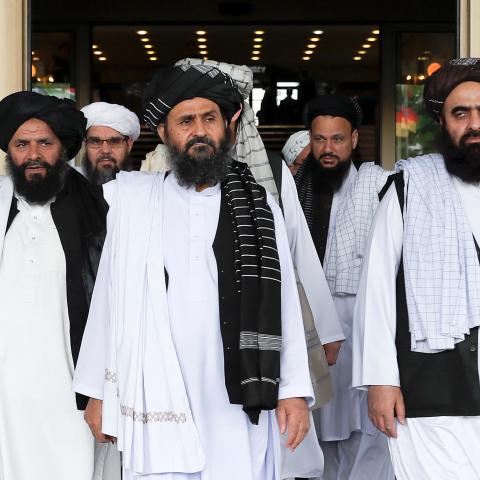