It is time for the world to engage with Tehran to assist its war on drugs, and to acknowledge Iran as an important player in combating the global illegal drug trade. 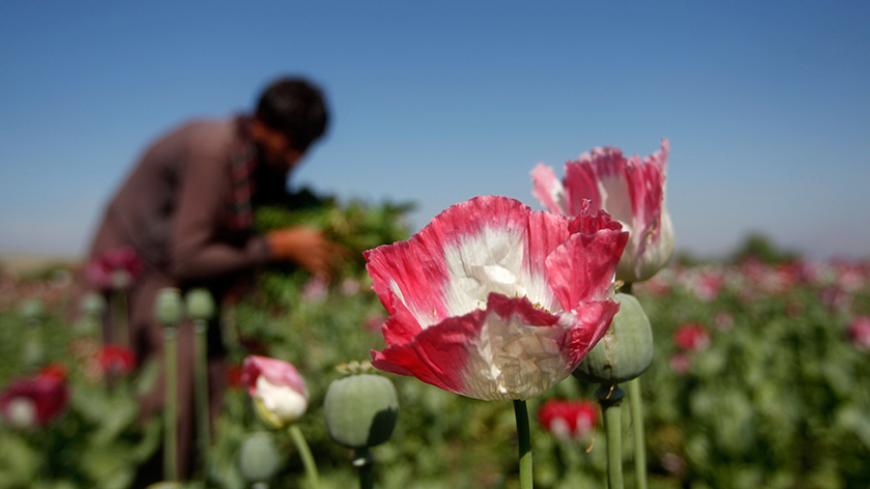 An Afghan man works in a poppy field in Jalalabad province, April 17, 2014. Afghanistan is the world's top cultivator of the poppy, from which opium and heroin are produced. - REUTERS 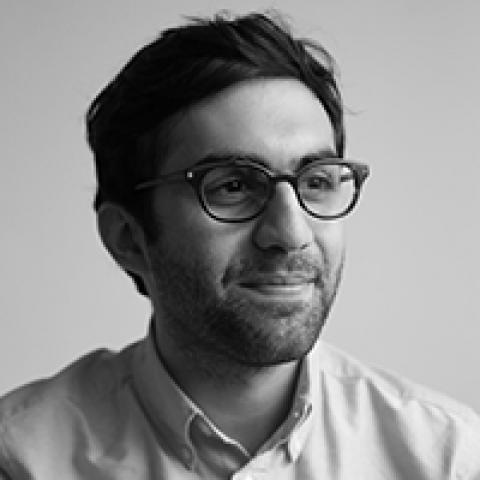 Shortly after the announcement of the Joint Comprehensive Plan of Action (JCPOA) in July, thousands of Iranians took to the streets to celebrate the historic nuclear deal. “[Foreign Minister Mohammad Javad] Zarif, thank you,” cheered ecstatic crowds, holding placards in support of the agreement and President Hassan Rouhani’s government. If duly implemented, the JCPOA will limit Iran’s nuclear program while lifting the international sanctions that have isolated the country from the international community for more than a decade. For the people of Iran, who have tasted the bitterness of sanctions, this agreement is indeed a call for celebration.

Arguments that Iran’s reengagement in both regional and international affairs can positively impact political, security and economic conversations are often heard. Yet no one seems to be talking about Iran’s influence over another global challenge: the fight against the international illicit drug trade.

Iran is a major transit route for illegal opiates bound for international markets. It shares a 936-kilometer (581-mile) border with Afghanistan — the world’s largest supplier of these opiates. Thus, an Iran that is more fully incorporated in regional security conversations could play an important role in curbing the immense threat from illicit drugs. Opiates — opium, heroin and morphine-based drugs — top the list of problem substances that cause disease and deaths worldwide.

As further reported by the UNODC, a large portion of these drugs finds their way through the international market from a number of trafficking routes, with the prominent ones running over Iranian soil. This growing threat cannot be overlooked, and Iran’s blocking and interdiction role can no longer be underestimated.

“For well over two decades, Iran has played a critical role in interdicting illicit Afghan opium, heroin and morphine base from traversing its territory and entering Europe via Turkey and the Balkan Route,” Gary Lewis, the UN resident coordinator in Iran, told Al-Monitor. Prior to his current position, Lewis worked for 20 years with UNODC in several African and Asian countries, among them Pakistan and Iran where he worked closely with law enforcement authorities in border regions. He told Al-Monitor, “The role of Iranian law enforcement in the fight against trafficking has been under-recognized for many years for certain reasons, but this needs to change.”

“Although Iran is currently cooperating with Pakistan and Afghanistan through the so-called Triangular Initiative linking the three countries, a broader level of international cooperation with drug law enforcement agencies — in a new spirit of mutual cooperation — would be beneficial for drug control worldwide,” Lewis says.

Iran claims to have invested millions of dollars in securing its eastern borders, building infrastructure such as roads, watchtowers, trench barriers and surveillance systems. Border security has come at a heavy cost in blood, too. In recent decades, more than 3,700 Iranian security personnel have been killed in anti-narcotics operations.

For those unaware of Iran’s war on drugs, the key question is: Why are Iran’s anti-narcotics operations important for the world?

First and foremost, a committed and capable Iran, with the support of regional and global players, can significantly reduce the inflow of opiates from Afghanistan to international markets in Turkey, Europe and North America.

With the steadily fading sanctions regime and rising prospects for re-engagement, two key areas of collaboration can have a positive impact on Iran’s interdiction capacity: access to advanced monitoring and interception technology as well as exchange of critical intelligence.

“It is the exchange of information on trafficking patterns and actual shipments which is critical to law enforcement success,” Lewis tells Al-Monitor. “And this is where both Iran and the world have lost out for many years because of Iran’s isolation. Let’s hope the new international environment will assist improved cooperation among the police officers, both Iranian and foreign, who undertake a very important — and dangerous — job on behalf of all of us.”

Acquisition and scientific assistance in developing new advanced monitoring and detection of narcotics could be a solid platform for Iran to collaborate with global private and public sector entities, including those that have until now been unable to do business with Iran. Such technologies include high-energy X-ray devices and nuclear-based explosive and narcotics detection systems. Better communication and coordination — particularly in terms of intelligence sharing — can also deter illicit drug traders from using Iran as a conduit for transporting their drugs out of Afghanistan.

The benefits of further collaboration with Iran on the anti-narcotics issue goes beyond enforcement at Iranian borders. Such an increased capacity could enable the Iranian authorities to prevent homegrown networks from smuggling meth and crystal meth abroad — drugs that are increasingly being produced, consumed and transported within Iran itself.

Psychologically speaking as well, this increase in capacity could deter networks operating both within Iran and Afghanistan from using Iranian territory as a conduit to transport their drugs.

Opiate abuse is a global problem that needs a global solution, with the UNODC reporting that there are now 16.5 million opiate users worldwide. Indeed, the impact of Afghan poppy cultivation can be felt as far away as the streets of North America. Lately, there has been an increase of transshipments of Afghan heroin to Canada, a concern that is being addressed by Canada with support from the United States. Today, about 90% of heroin on Canadian streets comes from Afghanistan.

The logic is clear: The world has an opiate problem, and it needs to address it before more families get shattered and more lives are taken.

Iran, as one of the world’s primary frontiers in the fight against opiate and illicit drug trade, should be actively encouraged and assisted to take a more prominent role.