Turkey’s tiny Protestant community has received recent threats believed to be from the Islamic State, but as in the past, state authorities have failed to take measures to protect the community. 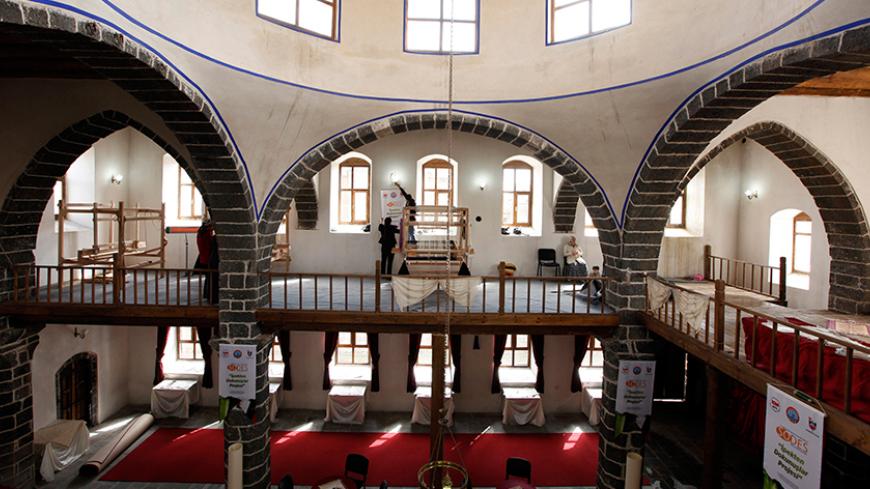 During the last week of August, two Protestant churches in Turkey — one in the Mediterranean city of Antalya and the other in Istanbul — received emails with a message that read, “You apostate, perverted infidels, you’ve rejected the truth despite the laws of Allah and chosen the path of infidelity. You’ve not only put faith in idolatry, but you’ve dragged along others with you. For a long time, we waited for you to return to the true religion. You [only] increased your perversion and fooled other ignorant people. Be assured that Allah will deliver your heads in our hands. Neither Europe, on which you so much rely, nor Jesus, whom you ascribe as an equal to Allah, will be able to save you. Allah will not forgive the perverts who strayed from the path of Allah.” The message concluded by saying that Christians would be caught and killed wherever they are found.

Churches in Turkey are accustomed to threats. In 2014, the country’s small Protestant community reported 10 incidents of threats and assaults against its authorities, including a threatening letter left at the door of Istanbul’s Yeni Umut Church while church members gathered inside and the breaking of windows and then torching of the Kadikoy International Church, also in Istanbul. Many other threats and incidents of assault are believed to have gone unreported to the police.

The wording of the latest threat, however, is different. Terms such as “apostate” and “idolatry” evoke the rhetoric of the Islamic State (IS), which uses such language to threaten anyone outside the group. Turkey’s Protestants are estimated to number some 7,000, most of them Turkish converts from traditionally Muslim families. Thus, the reference to Christians’ “return to the true religion” appears to have gloomy connotations.

The boards of the two churches that the messages were sent to were particularly alarmed and informed the Association of Protestant Churches about the emails. It turned out that about 100 threatening messages had been sent to churches, leaders and members of the Protestant community within a 10-day period through text messages and social media sites such as Facebook as well as via email.

Soner Tufan, spokesman for the Association of Protestant Churches, told Al-Monitor that the threats targeted churches in Ankara, Antalya, Bursa and Istanbul. The community, he emphasized, suspects the threats are from IS, given the rhetoric and the methods of killing mentioned.

“Organizations like IS see Christians as their primary enemy. We know what they’ve done to Christians,” Tufan said. “These threats don’t look like the usual ones. Their intensity and the fact they come from a single source is increasing our anxiety.”

Yet, despite the approximately 100 threats the Protestants have received, only the Umraniye Church in Istanbul and the Incil Church in Antalya have reported the incidents to the authorities. “The small number of complaints reflects the Protestant community’s mistrust of the judiciary,” Tufan explained. “As a matter of fact, no protection measures were enacted for the churches that did file complaints. There has been no visible sign of showing concern.”

The community’s mistrust is not unfounded. Since 2008, the Association of Protestant Churches has been issuing annual reports on threats and attacks against its churches. More than 10 incidents of threat and assault have been reported to the authorities every year, but the complaints have not led to any action being taken. Not a single perpetrator has been caught. Above all, the legal proceedings involving the gruesome murder of three Protestants in 2007 have severely damaged the community’s trust.

That year, on April 18, five young men tortured and slit the throats of a German national, Tilman Geske, and two Turkish converts, Necati Aydin and Ugur Yuksel, in the eastern city of Malatya at the Zirve publishing house, which printed books on Christianity. According to official forensic reports, the assailants first tried to strangle Aydin with a rope before stabbing him to death. At least 16 stab wounds were found on his body. Geske and Yuksel were stabbed 16 and 14 times, respectively. Caught at the scene, the assailants told interrogators that they had stayed at the office after the murders so they could kill other Christians, should any visit that day.

The trial, which dragged on for seven years, not only failed to shed light on alleged instigators believed to be connected to the “deep state,” but often resembled a probe against the victims themselves, with authorities investigating the names, addresses and bank accounts of community members and tapping the phones of the victims’ relatives and lawyers. Moreover, the five assailants walked free in 2014 after a legal amendment shortened the length of time a suspect can be held for trial without conviction. Hence, the Protestant community’s reluctance to approach the state, even in the face of organized threats.

Ihsan Ozbek, head of the Association of Protestant Churches, is among those who are worried that IS militants or sympathizers are behind the latest threats. “The jargon is very similar to that of IS. It’s obvious the threats are coming from radical Islamists,” he told Al-Monitor.

When asked why Protestants are reluctant to go to the judiciary, Ozbek said, “For Christians in Turkey, winning legal cases is already very difficult. Impunity is a big problem. We’ve been greatly affected by the impunity in the Zirve case in particular. Acts against Christians are not punished in this country. People are able to perpetrate acts against Christians very easily. Attacks on churches and affronts to clerics are quite widespread. Plenty of hate speech is being published without any punishment whatsoever. There is not much we can do [but] we should do our best within the scope of the law. When our people ask for advice, we tell them to file criminal complaints.”

Stressing that two churches have already done so, Ozbek said, “State officials have the responsibility [to find] who is making these threats, which concern a lot of people. That nothing is being done, that they act as if nothing has happened is a serious problem. We are doing what is up to us, but the government and prosecutors, too, should fulfill their responsibilities.”

Since the release of the Zirve suspects, the Protestant community has been on edge. Ozbek stated, “The community is very uneasy. People are in a state of suspense, not knowing what might befall them in this country and what injustices and brutalities they may face. It’s like being under constant harassment. Physical violence may not be very tangible, but when people feel under constant threat, this amounts to torture.”

The Protestant community has churches open to anyone, so-called house churches, unofficial houses of worship, in all the major cities, but only one Protestant organization, the Istanbul Protestant Church Foundation, is officially recognized. Due to legal obstacles, Protestants are unable to train clergy, and their children are subject to compulsory religion classes that teach Sunni Islam. Yet, the impunity accorded to perpetrators of hate speech and other attacks remains their gravest problem, with a crisis of confidence preventing them from resorting to the justice system even in the face of serious risks. The authorities’ failure to take measures after the latest threats suggests the problem is still far from resolution.