Will Iran reach truce with the Islamic State?

Some members of Iran’s foreign policy elite are suggesting that Iran reduce regional military intervention — a policy that could help US President Barack Obama's administration sell the Iran deal to skeptical traditional allies and their US supporters. 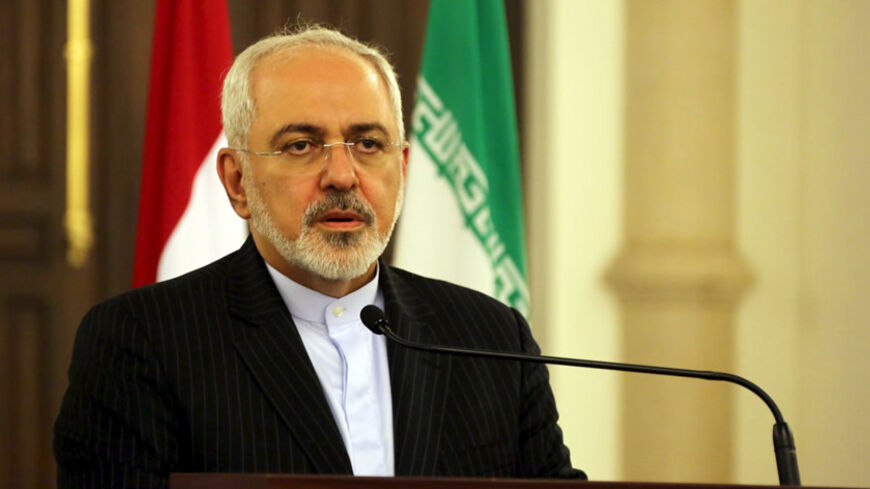 Now that the Iran nuclear deal appears to have survived congressional efforts to derail it, a key question is what impact it will have on Iran’s regional policies.

Contrary to the impression many in Washington seem to have that Iran will inevitably double down on intervention in regional conflicts, some members of the Iranian policy elite are advocating retrenchment to focus on repairing Iran’s sanctions-battered economy, according to Nasser Hadian, a Tehran University professor of political science who is close to the government of President Hassan Rouhani.

In a new paper to be presented Sept. 14 at the Atlantic Council, a Washington think tank, Hadian wrote that a “pro-minimal engagement” camp is arguing that Iran should reduce its intervention in neighboring states to “a bare minimum."

Hadian does not identify who is in this camp, telling Al-Monitor that those having these views have not yet chosen to make them public. But he said that they include “key figures … among conservatives, radicals, reformers, the military, research institutions, and secular and religious people.”

“Adherents to this view assert that Iran is already overstretched as a result of its commitments in Afghanistan, Lebanon and elsewhere, and that the war against the group that calls itself the Islamic State of Iraq and al-Sham [ISIS, or IS] is not Iran’s to fight,” Hadian wrote in the report, which was shared with Al-Monitor in advance. “By taking such a prominent role in fighting IS, they argue, Iran has essentially made itself a target for the group’s attacks.” One possibility this camp believes, Hadian said, is that "a minimalist approach might make it possible for Iran to come to some kind of mutual understanding or truce with IS."

While a “pro-stabilization” camp that advocates continued robust intervention is still dominant in Tehran, Hadian said, there are indicators that the minimalist approach is gaining ground, including Iranian reluctance to push the Iraqi government to retake the Sunni stronghold of Mosul. In Syria, the policy would limit Iranian support to defending Damascus and Alawite strongholds on the Mediterranean coast. Iran might also encourage the Houthis in Yemen to reach a peace deal with Saudi-backed forces.

Members of the pro-stabilization camp include Rouhani, Foreign Minister Mohammad Javad Zarif and other top officials, Hadian told Al-Monitor, including himself in this group.

Iran, whose influence in Iraq increased exponentially after the United States overthrew Saddam Hussein in 2003, intervened decisively last year to stop IS from seizing even more Iraqi territory. More recently, however, Iran appears to be reducing its profile. In part at the insistence of Grand Ayatollah Ali al-Sistani, Iranian (and former US) protege Nouri al-Maliki has been sidelined. Once seemingly ubiquitous on the battlefield, Qasem Soleimani, the commander of the Quds Force, or external arm of Iran’s Revolutionary Guard Corps, is no longer being photographed.

Other top Iranian officials have sought to assuage concerns about regional overreach in the aftermath of the nuclear deal.

Ali Larijani, the speaker of the Iranian parliament and a key member of the policy elite, told Al-Monitor in an interview Sept. 1 that those who argue Iran will get a windfall from sanctions relief and use it to fuel regional conflicts are seeking “pretexts or excuses” for their opposition to the nuclear agreement. Iran’s priority now is economic development, he said.

A less-interventionist Iranian stance might make it easier for President Barack Obama's administration to sell the Iran deal to supporters of Israel and the Arab states of the Persian Gulf. Bilal Saab, a Middle East expert at the Atlantic Council, told Al-Monitor that what Iranians regard as “stabilizing, their neighbors think the opposite.”

How Iran behaves regionally depends on its threat perceptions as well as its resources. In his paper, Hadian wrote that Iran continues to see the United States and Israel — although interestingly enough, not Saudi Arabia — as primary threats. According to Hadian, Iran’s backing for groups such as Hezbollah is part of a strategy of deterring an Israeli attack on Iran. Thus, a less menacing Israel could facilitate a less aggressive Hezbollah.

While Hadian says that Iran does not regard Saudi Arabia as a threat, it has intervened in Yemen, which is a major priority for the Saudis. Iranian officials assert that Houthi rebels acted on their own in seizing the Yemeni capital, Sanaa, but have been quite aggressive in their comments about Saudi Arabia.

In the aftermath of the nuclear deal, a number of key US officials and presidential candidates have spoken of a need to compensate Israel and the Arab states for perceived Iranian gains from the accord. Such efforts could increase Iran’s perception of a threat particularly from the Jewish state.

Ilan Goldenberg, a former Pentagon official who directs the Middle East Security Program at the Center for a New American Security, warned recently that the United States — while increasing intelligence sharing and signing a new 10-year military cooperation agreement with Israel — should not transfer to it a 30,000-pound bomb known as the Massive Ordnance Penetrator, or MOP.

The bomb — which is still under development in the United States — could do significant damage to underground Iranian facilities such as the one at Fordow, but Israel lacks the airplanes to deliver it and the START II Treaty could bar the United States from providing them. Goldenberg argues that “such a move would be seen as highly provocative not just by Iran, but by our P5+1 partners, who would question why the United States is dramatically increasing Israel’s capability to strike Iran unilaterally.”

In an interview, Goldenberg told Al-Monitor that the Obama administration needs to carry out “a careful balancing act. It is important to push back on Iranian actions we find unacceptable, but also important that we leave open channels for potential cooperation on issues of common interest. If we push back too aggressively, we will foreclose opportunities for engagement.”

Iranian officials have made conflicting statements about their willingness to work with the United States against common threats. Supreme Leader Ayatollah Ali Khamenei appeared to rule this out recently but in the past has said that the nuclear deal would be a “test” of US intentions.

Those in Tehran who advocate continued robust intervention in countries such as Iraq and Syria believe that Iran is the pivotal player against the extremist group and is fulfilling a role that no other country can. As Hadian puts it, “The United States has the capability and capacity, but not the political will” to oppose IS.

Hadian makes several recommendations to improve the regional climate in the aftermath of the nuclear deal and increase the chances that it will lead to less instability.

He suggests that his own government dispense with the “Death to America” slogan and that the United States also refrain from hostile rhetoric toward Iran. He proposes that the two sides conclude an agreement to avoid inadvertent clashes in the Persian Gulf and, where possible, discuss ways of cooperating against common enemies in Afghanistan and Iraq.

Hadian also calls for Iran, the United States, Russia, Turkey and Saudi Arabia to “engage in serious discussions to identify elements of a realistic plan for containing and resolving the conflict in Syria.”

Although Saudi Arabia has so far rebuffed overtures for dialogue from the government of Rouhani, Hadian says Iran and Saudi Arabia “should make a determined effort to improve their relationship” because “unnecessary enmity and competition have and will cost them tremendously.”