Foreigners from around the globe are buying luxury apartments in Jerusalem to spend the holidays there, and the effect on the local housing market is hard to deny. 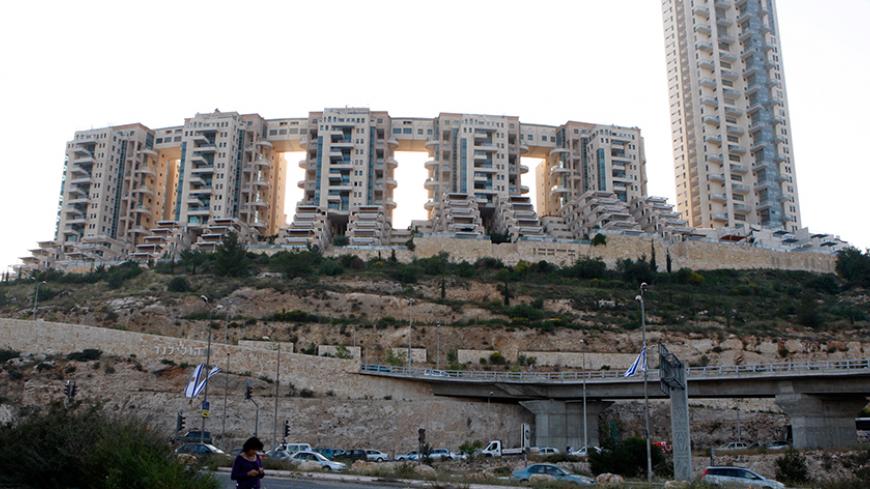 People living in Jerusalem have been aware of this phenomenon for quite a few years now. As the Jewish month of Tishrei approaches with its many holidays (Rosh Hashanah, Yom Kippur, Sukkot and Simhat Torah), the lights in many “ghost apartments” go on, and the voices (mainly in English) of the new neighbors — most of them rich Jews from Australia, North America or Europe — can be heard. They come to their vacation apartments in Jerusalem with their entire families to celebrate the holidays here. As soon as the holidays are over, they pack up and go back home, not to return until 11 months later, toward the end of the summer. Their apartments remain empty the rest of the year. In an interview with the real estate supplement of the Israeli economic newspaper The Marker, the mayor of Jerusalem estimated that there are as many as 11,000 such apartments throughout the city.

These apartments are mostly located in the ultra-Orthodox neighborhoods of Jerusalem, but also in quite a few high-end neighborhoods such as Yemin Moshe, Nahlaot and the Old City, where the wealthiest can be found. Ghost apartments reached record highs this year, after real estate developers set up a sales caravan in the Catskill Mountains of New York (where many ultra-Orthodox Jews spend the summer), for people interested in buying an apartment in Jerusalem.

A similar situation is present in cities such as Tel Aviv and Netanya as well, but on a lesser scale. The problem it poses is that these foreign residents damage the local real estate market by hiking prices for people who want to live in Israel all year round. As such, there have been quite a few municipal initiatives recently to rein in the practice. In Jerusalem, for example, Deputy Mayor Ofer Berkovitch called for doubling municipal taxes on these apartments. Still, Berkovich himself admitted later on that even paying double the normal taxes would not really discourage the owners.

Aharon Blau lives in the town of Lakewood in the United States. The owner of a waste removal franchise in New York City, he is a wealthy man. Blau owns a two-story apartment in the Yemin Moshe neighborhood of Jerusalem, and it remains empty for most of the year. He said that he bought it in 2003 for $1.9 million, but that it is worth twice as much now, and that he would never consider renting it out, even if the city raises his municipal taxes.

“I pay about $5,000 in municipal taxes per year, which is very little in American terms,” he said in a conversation with Al-Monitor. “I would pay three times as much for a house like this in the United States, so even if they raise city taxes, I still wouldn’t give up my house. Besides, it’s all talk, at least for now.”

He added, “I have very few expenses on this apartment, and I prefer not to rent it out so that it does not get ruined. I invested a lot of money in this apartment. It contains antiques and all sorts of other things that I picked up here and there. Besides, the closets are full of holiday clothing for my wife and kids, and for me.”

Blau completely rejects the idea that he and people like him are responsible for the sharp rise in the cost of apartments. “Jerusalem is one of the most interesting cities in the world,” he said. “Anyone who thinks that he can keep the cost of real estate down doesn’t know the first thing about real estate or about Jerusalem, either. Besides, the market for luxury apartments is completely separate from the normal real estate market. It is based in part on a non-Israeli market and on non-Israeli investors. If anyone is hurt by a rise in prices, it is these investors, not the locals.”

Yisrael Gutman is a resident of the ultra-Orthodox neighborhood of Kiryat Belz in Jerusalem and the owner of a small apartment rental agency. He is outraged to hear Blau's argument. “A whole new industry has developed here, selling local real estate to millionaires who live overseas,” he told Al-Monitor. “Developers compete over lots, raising the prices. They know that no sum is too high for millionaires from Europe and the United States. The spike in costs in Jerusalem is not the result of legitimate market forces. It is the result of unacceptable intervention from outside.”

Gutman said that despite claims that ghost apartments are not rented out, there are plenty of people who do want to rent out their apartments, but only to very specific tenants. “I have a few foreign residents who do want to rent out their apartments, but the terms that they set are much too tough. They want couples without children, and they want the apartment to be empty during the holidays. They also ask for high down payments in case any of their property gets damaged. Most of them leave clothing, utensils and even toys in the apartment, and they don’t want anyone to touch them. I can understand that, but it’s no way to rent an apartment. People tell me, ‘We don’t want to live in a museum.’”

Yossi Landau is the deputy director of Aka Real Estate, a leading construction company that sells apartments in a wide variety of projects in Jerusalem. He claims that every other apartment he sells is acquired by foreign residents. “We have found enormous excitement when it comes to buying apartments in Jerusalem,” he told Al-Monitor. “There are people who come to our office and ask for three or four apartments at a time. I think that there is a religious element here too. People want a connection with the Land of Israel, and especially a connection with Jerusalem. They believe that buying real estate here establishes a very strong connection.”

Landau said that many of the people who buy his apartments spend a lot of time in them, and not just during the holiday seasons. “I refuse to accept the description of these homes as ‘ghost apartments,’ because it really isn’t accurate,” he said. “Some of the people who buy these apartments come here during the year as well. They have celebrations to attend, and they love the country. Some of them have children studying here too.”

Landau also denies any connection between foreign residents and the spike in apartment costs. “Costs go up regularly all across the country, including in places where foreign residents aren’t buying apartments,” he said. “I don’t like this approach. It makes it seem as if people don’t have a right to buy apartments in Jerusalem. Jerusalem doesn’t belong to the Jerusalemites. It belongs to everyone in the world who wants to buy an apartment here. There are real, natural market forces at work.”

There is another side of the debate over ghost apartments in Jerusalem, one that people speak about less. It is a clash between different approaches to the idea of social justice. Many local Jerusalemites feel that while they are paying a steep personal cost for living in a city that suffers from poverty and terrorism, wealthy Jews from New York or London have turned Israel’s capital into a kind of recreational tourist playground for their leisure. The friction between these two conflicting views inevitably results in complex social sensitivities.