Ultra-Orthodox leaders are fighting to keep the old Jerusalem market of Mahane Yehuda from slipping further into a hot nightspot. 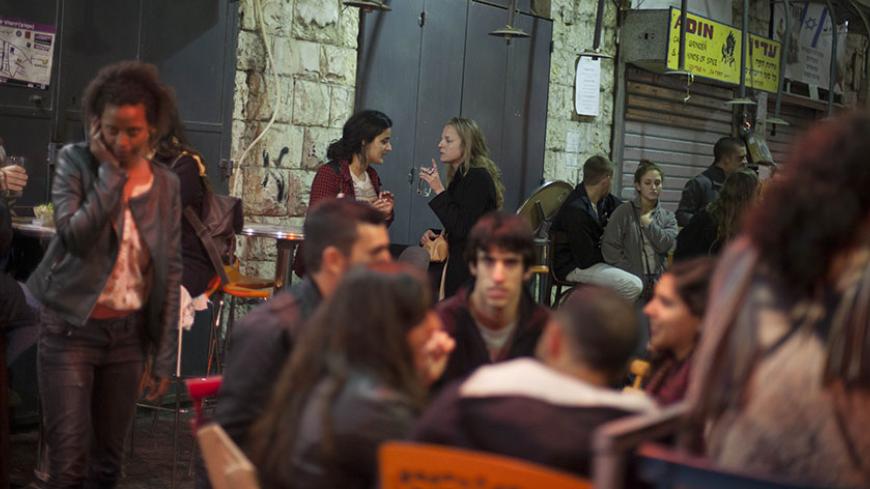 Jerusalem’s iconic Mahane Yehuda Market has undergone a dramatic change over the past six years. During the day it’s a colorful market with stalls selling vegetables, spices, fish and nuts. At night it turns into a focal point of the area’s entertainment scene. When the sun goes down and the stalls are shuttered, dozens of bars and restaurants open their doors and the owners put out chairs for the hundreds of Jerusalemites and tourists who flock to the place. On Thursday nights (the start of the Israeli weekend) the market area becomes one huge party.

The market straddles the boundary between ultra-Orthodox and secular Jerusalem and symbolizes the struggle over the city’s character. While the ultra-Orthodox are fighting to preserve a spiritual-conservative Jerusalem, Mayor Nir Barkat has worked to turn Jerusalem into a pluralistic, Western-style city

As of the beginning of 2017, more than 400 shops and businesses operate in the Mahane Yehuda Market. There were once no restaurants there, only stalls, but since 2010 some 20% of the shops have turned into bars or restaurants. The new restaurants helped the market recover from the deep economic crises of the previous decade caused by a wave of terror attacks targeting the popular venue. But not everyone seems pleased with the change.

Ultra-Orthodox residents are complaining about this transformation. One of them told Al-Monitor on condition of anonymity that the flourishing bars and restaurants in the market are causing “severe breaches in modesty.” The market is adjacent to ultra-Orthodox neighborhoods, and for their residents the market's night scene is a major problem.

On Jan. 18, heads of ultra-Orthodox political parties, ultra-Orthodox Knesset members and ultra-Orthodox Jerusalem town council representatives convened in the Knesset to discuss the issue. Health Minister Yaakov Litzman, a senior ultra-Orthodox politician, said that he would move to block the development of the market into an entertainment area. At the same time, Kabbalist Bnayahu Shmueli, the head of the nearby Nahar Shalom Kabbala yeshiva, called to “stop the plague,” writing in a letter to Rabbis and ultra-Orthodox Knesset members published by Kikar Hashabat, “Boys and girls from around the country come to the market to drink alcohol in all sorts of bars, etc.; they drink and get drunk and get up to all kinds of debauchery.”

Some secular residents report also being troubled by the nighttime noise. They support the campaign and are hoping the ultra-Orthodox will succeed in their struggle. “For years I’ve been asking the city to take care of the mess here at night,” retired police officer Haim Maloul, a 74-year-old resident of the market area, tells Al-Monitor. “Everyone knows the nighttime air in Jerusalem is good, but in recent years I’ve been forced to close my window at night because of the noise.”

Deputy Jerusalem Mayor Ofer Berkovitch, who heads the secular Hitorerut movement, agrees with Maloul that the market has become a nuisance at night. “I was one of those who promoted and pushed the culture revolution in the Mahane Yehuda Market, and the market has indeed become one of the most popular and interesting culture scenes in Israel. Nonetheless, I certainly understand the neighbors’ suffering and I’m promoting measures regarding the noise at night,” he tells Al-Monitor. “This noise volume is no good for the partiers, either, but we’re going to insist that the area remain active at night.”

Berkovitch is convinced that the ultra-Orthodox efforts stem from political considerations. “This is part of their political game,” he explains. “Litzman’s comments are derisive and frivolous. The Mahane Yehuda Market is not a place of debauchery. There’s a legitimate nightlife there, and he is not authorized to interfere with it.”

Ran Gamliel, 23, one of the market's nighttime partygoers, is furious at attempts to curtail the night scene. “Markets everywhere — for example, in Madrid and Dusseldorf — turn into young districts at night. No one will block this amazing thing that has started here. The market has become an entertainment center for the entire Jerusalem metropolitan area, something that didn’t exist in the past. The nightlife draws young people here and brings life to the city.” Gamliel doesn’t understand why the ultra-Orthodox are bucking this trend. “There’s amazing coexistence here between ultra-Orthodox and secular people, and quite a few of the young [who party here] are ultra-Orthodox for all intents and purposes,” he tells Al-Monitor.

This is exactly what worries R., a staff member at a yeshiva for students 16 to 21 next to the market. “Never was there such a uniquely secular entertainment area so close to an ultra-Orthodox neighborhood,” he tells Al-Monitor. “This poses a complex challenge for us. Today, all it takes is for a boy to cross the street to get exposed to a world we don’t want him exposed to. It’s not just a matter of physical access; it’s also the sights and voices emanating from there at night. We already spoke to the ultra-Orthodox municipal representatives three years ago. We hope something will happen this time,” he says.

“There are enough entertainment venues in Tel Aviv and in the Jerusalem area. Just as everyone understands that the character of Rome is different and that other cities around the world that have a religious significance create a different public character, this is how things should be in Jerusalem, too,” a furious ultra-Orthodox educator tells Al-Monitor on condition of anonymity. “It’s too bad that this secularization trend in Israel has turned into something so aggressive and inconsiderate of others.”