The Coptic film industry in Egypt, where production has dwindled to nearly nothing, is trying to protect what little revenue remains by targeting illegal downloads. 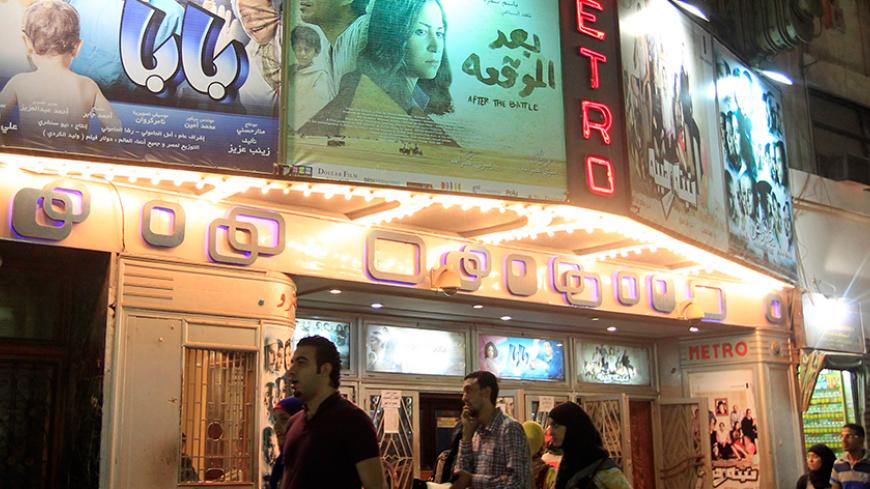 CAIRO — Many Copts believe their own cinema is one of the most important means of preserving Coptic heritage and the stories of saints and symbols of the church. Nevertheless, numerous crises and difficulties have led to the collapse of the Christian religious film industry.

Coptic cinema remained confined within the walls of the church and on Christian channels, and the films are not shown in theaters or on nonreligious networks.

Some Egyptian actors made their debuts in Christian religious film, such as Hani Ramzi, who starred in the “Return of the Prodigal Son,” depicting Saint Mina. In the late 1990s, his acting career transitioned to nonreligious drama.

Likewise, Egyptian actor Maged el-Kedwany starred in a movie depicting Anba Endrawos (Saint Andrew) in the late 1980s before participating in a great number of nonreligious films in the mid-1990s.

Bishop Martyros, head of the Church Committee for Christian Religious Films, the body responsible for monitoring and reviewing screenplays of Christian films, revealed during the conference that the commission had detected an emerging crisis in the Christian religious film.

According to him, 35 religious Christian films were made in 2004. Their number decreased to 17 films in 2005, 10 in 2006, seven in 2008 and only two in 2011. No movie of this type was made in 2012, and in 2014 and 2015 only a few were produced by monasteries, including a Syriac one that produced a film about Syriac Saint Father Feltaous called “Wilderness Eagle.” Another about Pope Shenouda III, was produced by the monastery of St. Pishoy in Wadi el-Natrun and is currently awaiting the commission’s approval.

In a June 22 press statement, Martyros attributed the decline in Christian religious film production to the copying and sharing of movies over the Internet, resulting in financial losses for the industry. This illegal practice has also stirred concerns among producers.

During the Christian Media conference, the church committee suggested ways to save Coptic cinema, such as offering pre-sales of films in churches prior to their release in stores, inviting businessmen to fund film production, including satellite Christian channels in production and sending strongly worded letters to owners of Christian libraries warning them to only sell original copies of films.

Christian film producer Victor Farouk commented on oversight of the film industry, telling Al-Monitor, “Coptic cinema is declining because movies are being stolen and uploaded on Coptic websites, which results in a decrease of revenues and major losses for producers. Christian religious films are not shown in movie theaters but only sold in churches and monasteries.”

He pointed out, “The church committee refuses to show Christian religious films in theaters because they depict prophets, something Al-Azhar opposes. In addition, the officials fear the films would be accused of proselytizing the Christian faith, which is not legally allowed. This is why the license we get from the Censorship of Artistic Works Agency states that the movie is only allowed to be shown inside churches and places of worship.”

Farouk, who has produced 12 Christian films, most notably "Silent Monk" and "El-Habshy," demanded the Orthodox Church participate in film production like the Syriac monastery does.

“Christian satellite channels must respect movie rights. Some steal movies and show them without the producer’s approval. Even if these movies are screened for money, the profits will be low, often amounting to $500 for a religious film that cost $4,000 to produce,” he said.

Farouk added, “The government is not responsible for the Christian film industry, but the church is. It is difficult to have movie theaters for such films outside the church, due to the security situation and the spread of extremist groups. However, it is possible for the Orthodox Church to establish movie theaters inside churches.”

Actor Ihab Subhi, one of the leading artists in Coptic cinema, told Al-Monitor, “Christian religious filmmaking has extremely deteriorated. In 1998, I participated in 10 Christian films. In recent years, only one film has been produced per year and this is due to movies being stolen off the Internet.”

Subhi has put forward several proposals to revive the Christian film industry, most notably the participation of Christian satellite channels in film production and showing the movies in theaters inside the churches. He also suggested establishing special theaters to show Christian films.

“A number of copies of Christian religious films must be presented abroad to urge the Coptic diaspora to participate in the production of these films,” he said.

Rev. Paul Halim, a spokesman for the Orthodox Church, told Al-Monitor about early Coptic cinema. “During the 1990s, movies were made about the lives of the saints and prophets such as Saint George. Over time, the production of these films evolved and new technologies were used in filming and directing, to go in line with ordinary nonreligious films. However, those movies are threatened as movie producers’ works are being stolen off the Internet. This is what the church, represented by late Pope Shenouda III and Pope Tawadros II, warned about by reminding the Copts not to publish religious movies online,” he said.

Sherif Mandour, vice president of the Cinema Industry Chamber, told Al-Monitor, “There are no laws that prohibit showing Christian religious films in theaters. For proof of this, the foreign movie ‘The Passion of the Christ’ was shown in Egypt. However, the issue is that these films are produced by the church, which does not seek profit. The cost of showing films in movie theaters is higher than the cost of production, in light of the low turnout to Christian or Islamic religious movies.”