Turkish depositors are abandoning the Turkish lira and clamoring for the US dollar. 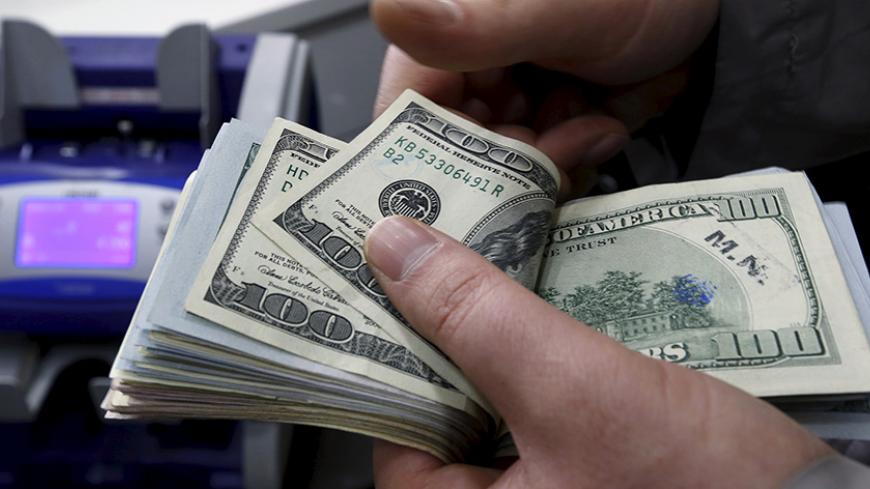 Worried by political, military and security risks, the Turkish people are devising their own economic and monetary survival measures. Rapid shifting to dollars from Turkish lira (TL) is a not only an expected response to continuing devaluation of Turkish currency, but also the people’s way of preserving their savings. Growing political turmoil and violence has pushed the dollar to TL 2.86, an 18% loss of value in a short period.

Monetary data released by the Banking Regulatory and Supervision Agency (BDDK) draws attention to a critical situation. BDDK says individuals and companies see the US dollar as the most robust insurance and are rapidly converting their savings to dollars. Latest figures released for August confirm that foreign currency accounts are increasing in numbers as depositors continue to convert their TL savings to dollars.

According to Banking Sector Indicators, the ratio of foreign currency deposits to overall deposits has reached 43%, the highest in the last 10 years.

The Central Bank, which was not able to cope with the inflationary pressures and influence the inflation rate, has not been able to make any changes in interest rates for months. Depositors are aware of the situation and find it more attractive and safer to move to the dollar, Euro and other foreign-currency accounts instead of staying with the devaluing Turkish lira.

Another interesting feature is that the shift to dollar accounts is highest in east and southeast Anatolia provinces, such as Diyarbakir, Siirt, Kars and Hakkari, where terror acts and clashes are heaviest.

The latest balance of payments and current deficit figures released by the Central Bank show that in addition to dollarization, there are also risks of a shift to foreign currencies. The monthly current deficit in June exceeded predictions with $3.356 billion. The annual current deficit level is $44.691 billion.

There are other warning indicators. In June 2015, direct foreign investments diminished by $307 million, while foreign currency transfers from Turkey went up by $147 million, as compared to June 2014, and reached $822 million. Foreign portfolio investors made sales of $661 million and left the Turkish market.

While Turkish citizens are descending on the US dollar by abandoning their Turkish lira savings, foreign investors are selling off their portfolios and leaving. It came as no surprise when the Central Bank announced a $783 million decline in its foreign currency reserves last month.

Increasing demand for foreign currencies and deposit accounts is endangering the repayment of $166 million short-term debts that are due this year. Private-sector debt obligations, of which 58% belong to the banking sector, have risen dangerously with the increasing value of the dollar. Rapid dollarization of the Turkish economy is making debt repayments difficult while raising concerns about financing the current deficit, which has gone up $44 billion.