Syria’s Sahl al-Ghab region is of strategic importance to the Syrian opposition factions that have been trying to weaken the Assad regime whose largest pool of supporters is based there. 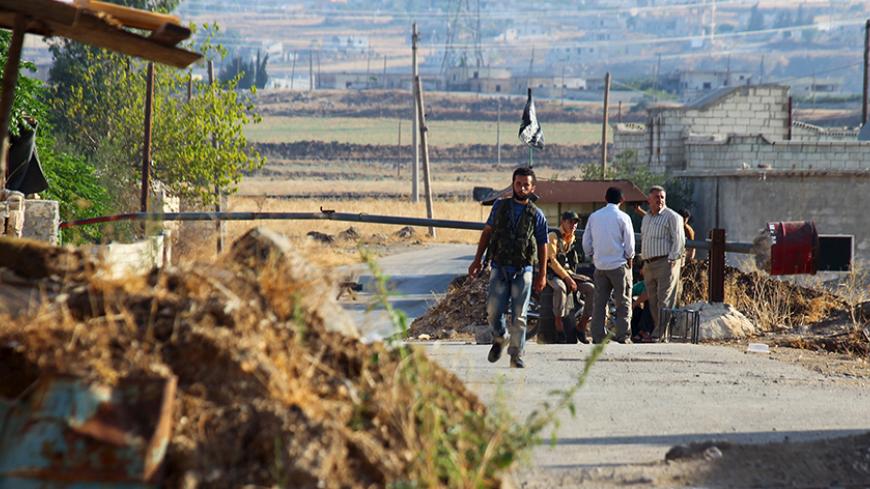 Fighters from the rebel group coalition Jaish al-Fatah, also known as Army of Conquest, man a checkpoint near Zeyzoun thermal station after taking control of it from forces loyal to Syria's President Bashar al-Assad in the Sahl al-Ghab plain in the Hama countryside, July 29, 2015. - REUTERS/Ammar Abdullah

The strategic importance of the Sahl al-Ghab, a vital area that lies between Latakia, Hama and Idlib provinces, has been highlighted since early August by the eruption of violent clashes between Jaish al-Fatah (Army of Conquest) and troops loyal to the regime of Syrian President Bashar al-Assad. Events currently unfolding in the plain — which lies at the junction of three provinces and connects the Idlib region to the mountains of Latakia, the bastion of the Syrian president’s Alawite community — will most likely pave the way for future advances of the rebels in a region considered to be the regime’s strategic depth.

Violent clashes continue in the countryside of Jisr al-Shughur in Idlib and Sahl al-Ghab in the northwestern countryside of Hama between Hezbollah and regime forces supported by militants from Syrian, Arab and Asian nationalities against Jaish al-Fatah — which includes factions such as al-Haq Brigade, Jund al-Aqsa, Jabhat al-Nusra, al-Sunna Army, the Islamic Ahrar Movement, among many others, according to the Syrian Observatory for Human Rights.

Rebels have been eyeing the region with interest for various reasons. The region’s strategic importance lies first in the fact that it is considered as the entry point to the Alawite stronghold of the Assad regime, a community which has provided its most loyal officers and fighters. Second, Joureen in Sahl al-Ghab is considered as one of the supply lines in this region for forces loyal to the regime, and finally the base has been used as a launching pad for attacks targeting the Idlib province.

Nonetheless, the progression has been slow for the rebels. “The terrain is pretty flat and exposed, thus leaving regiments vulnerable to attacks,” Lt. Hassan Khalil, from the Soukour Jabal Group, told Al-Monitor

Rebels led by Jaish al-Fatah had begun an offensive to capture the Sahl al-Ghab plains in northwest Hama in late April. They were able to take 12 strategic hilltops before losing them again to Syrian troops backed by Hezbollah fighters, according to the Syrian Observatory for Human Rights. The nongovernmental organization reported at the time that more than 100 fighters in total from both sides had been killed in three days. “The army has been able to take back nearly 50% of the areas it had lost,” said Rami Abdel Rahman, head of the pro-opposition UK-based monitor.

Since Aug. 2, the area has been a scene for an ebb and flow movement by opposing factions. According to Khalil, rebel forces on Aug. 5 wrestled back several areas from the regime — namely Khorbat Nakous, Mansour, Zayzoun, Tell Hamki, Tell Wasset and Sal Zouhour, Foro and Bahsa. The fighting resulted in the destruction of 80% of the 30-something villages located in Sahl al-Ghab, which forced many of the residents to leave for refugee camps along the Turkish border, according to Syria Direct.

“Progress is often made at night, and rebels need to advance as fast as they can to avoid being decimated by Assad’s air power,” Khalil told Al-monitor

Jaish al-Fatah now controls about 40% of the overall area of Sahl al-Ghab, Khalil said. In addition, the rebel movement also controls a portion of the Aleppo and Latakia road, which had previously facilitated the connection of areas cut from one another, such as Ariha and Jabal Turkeman.

In a video interview conducted by opposition Yalla Souriya, Jabhat al-Nusra’s Sheikh Abdallah Muheisni boasted that the takeover of portions of Sahl al-Ghab had allowed the bombing of areas of significance such as Qardaha, Assad’s hometown. Khalil, however, said that reaching Qardaha with Grad rockets has not really altered the balance of power. “Regaining certain areas in Sahl al-Ghab will now provide Jaish al-Fatah with a power of deterrence against the regime, as loyalist villages are accessible to our arsenal, which will make pro-regime forces think twice when bombing the Idlib region,” he said.

This has pushed Assad to send one of his most feared commanders, army Gen. Suhail Hassan, who — backed by Hezbollah and other militias — has pulled Assad's forces’ weight into the battle while relying on strong air power. However, unconfirmed reports indicate that Hassan may have been injured.

In spite of such government efforts, the rebels’ takeover of Bahsa has brought them closer to the Joureen base, located about 3 kilometers (2 miles) away, which served as a training camp in the 1980s for the Saraya Difaa (Defense Brigades), which Khalil said were deployed in the war in Lebanon. Joureen is also dubbed as a significant army outpost for Syrian, Hezbollah and Iranian forces.

Khalil said the battle for Joureen will greatly depend on the cooperation of the local residents who belong to the Islamic sect of Al Mourshidiyah. “Jaish al-Fatah will have to give them certain guarantees. If they can win them over, this will help speed up the takeover of the base,” Khalil said. However, news reports underlined that villagers had either fled or decided to fight with the regime. Joureen is one of the largest military groupings and one of the last lines of defense in the Sahl al-Ghab villages that support the Assad regime.

According to Khalil, rebels believe that in the event that Joureen falls, the next phase of the battle will target the Ain Kroun as well as the Nahel centers, two other bases of the Assad regime.

However, more long-term targets will depend on the strategic choices the rebels decide to make. If Jaish al-Fatah chooses to pursue its offensive on Latakia, it will have to take control of Nebi Younes above Slunfeh, according to Syria expert Fabrice Balanche, professor of geopolitics at Universite Lyon 2 in France. He also underlined that villages in the north of the area have been left vulnerable to possible attacks, as most men have been redeployed on other fronts.

According to Balanche, if on the contrary Jaish al-Fatah focuses its efforts on Hama, “They will have to cut the Jableh-Hama road, a key area, as it has replaced the Latakia-Aleppo road currently held by the rebels.”

If Jaish al-Fatah succeeds in wrestling Joureen from forces loyal to Assad, it would be able to put the regime in a vulnerable position. Jaish al-Fatah's advance in the Latakia area would be catastrophic for the Syrian president, as it is home to the regime's largest pool of supporters. 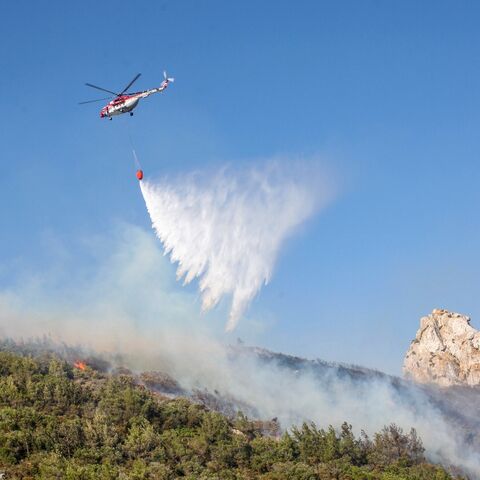