President Hassan Rouhani drew the ire of the head of the Islamic Revolutionary Guard Corps for criticizing the Guardian Council's role in approving candidates for the elections. 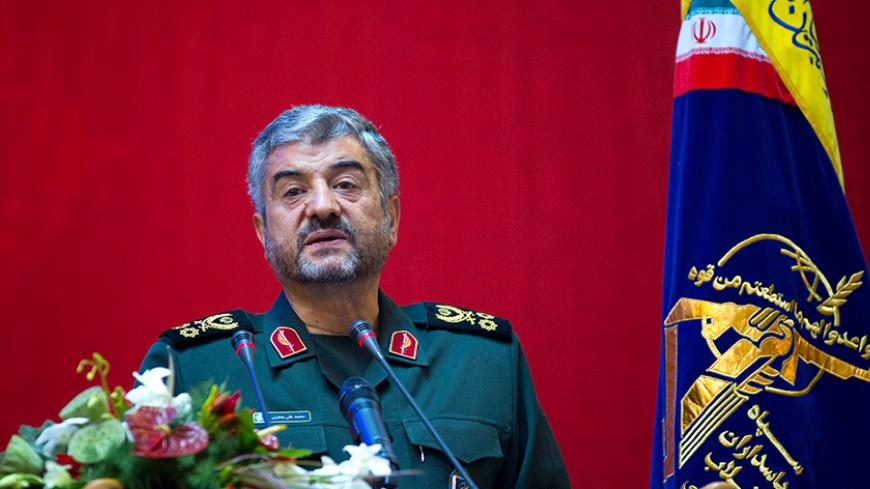 The front page of Iran newspaper contained a picture of a stern President Hassan Rouhani looking straight ahead with the headline, “Rouhani’s election warning.” The paper, which operates under the administration, was alluding to Rouhani’s criticism of the hard-line Guardian Council, the body that approves or disqualifies candidates from running in the elections.

With his nuclear opponents on the ropes, Rouhani is focusing on the 2016 parliamentary and Assembly of Experts elections. But his comments Aug. 19 at a meeting of his Cabinet with the governors of the provinces has drawn the ire of his critics, including the head of the Islamic Revolutionary Guard Corps (IRGC), Mohammad Ali Jaffari.

He continued, “The Guardian Council is the eyes and the eyes cannot do the work of the hands; supervision and administration should not be mixed. We have to completely pay attention to the constitution and act upon it.”

While Rouhani is accurate that the elections in Iran are carried out by the administration in office, and the Interior Ministry also does have the authority to approve or disqualify candidates in the first step of registration of parliamentary elections, his comments were viewed by critics as attempting to limit the Guardian Council’s role in the elections.

Without addressing Rouhani directly, Jaffari responded Aug. 20, “This kind of language that would weaken one of the pillars of the Islamic Revolution, as in the Guardian Council, damages national unity.” He asked Iranian officials not to “question the beliefs and values of the revolution” in order to “appease the dominant powers and the Great Satan.”

Tavakoli added that he was surprised that Rouhani, a legal scholar, would not know that constitutional role of the Guardian Council.

While Rouhani appears to be focused on post-nuclear-deal Iran, there seems to be confusion domestically about who would ratify the deal. Ali Shamkhani, the secretary of Iran’s Supreme National Security Council (SNSC), said Aug. 20 that the council is in the final stages of reviewing the nuclear deal. This is while 201 members of the conservative-led parliament earlier issued a statement to Rouhani demanding that a final nuclear deal be approved by them and to set up a special committee to review the Joint Comprehensive Plan of Action. Arash Bahmani wrote in Al-Monitor about the battle between the SNSC and the conservatives in parliament over the approval of the nuclear deal.