American Palestinians speak out about denied entry to Israel

American Palestinians traveling to Israel's Ben Gurion Airport are increasingly detained and sent back, and told they should contact the Palestinian Authority to have their Palestinian IDs revoked, which would allow them entry to Israel. 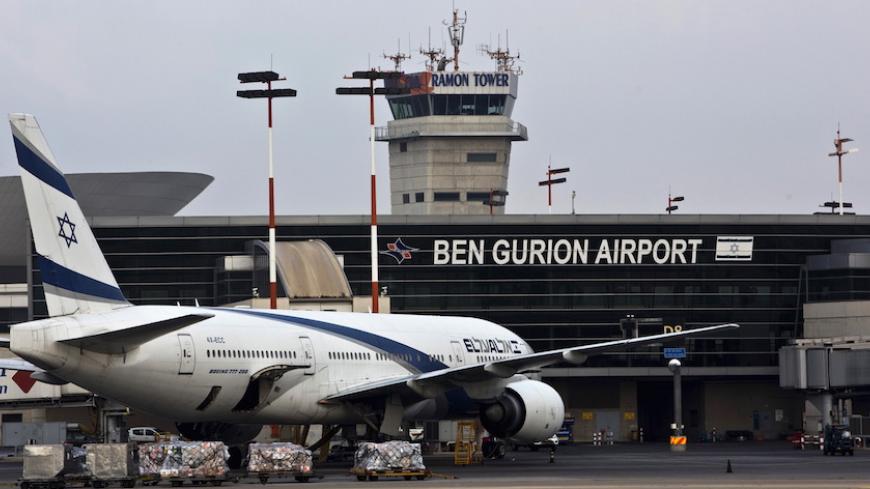 Over the course of a few days in July, three US citizens of Palestinian descent were denied entry into Israel. All three have published detailed testimonials of their experiences.

George Khoury, professor and theologian, has been a naturalized US citizen since 1975. His visit to Israel as part of a religious pilgrimage in late July ended in the detention center at Ben Gurion Airport. For Israeli airport security, the problem was that 46 years ago, in 1969, Khoury had lived in the West Bank city of Beit Jala while he studied at its well-known Latin Seminary. While Khoury, 70, has been a US citizen for over 40 years now, he is still treated as a Palestinian national by the Israeli airport authorities.

In the early morning hours of July 21, Khoury was taken by car to a detention center outside the airport, where he was held for over a day before being rushed back to the airport to catch a departing flight. It then appeared that the security officials thought he was another detainee called Carlos. When they realized he wasn't Carlos, they brought him back to the detention center where he had to wait for his flight. Khoury was eventually deported back to San Francisco, arriving late on July 23, without having been allowed during the layover in Italy to get his passport and travel to Jordan. He had hoped he could enter the West Bank via the Jordan River crossing or at least continue the Jordanian leg of the pilgrimage he was on.

On July 29, Khoury published the exchanges he had with Israeli passport control officers and the guards at the detention center.

Brooklyn-based businessman and pharmacist Habeeb Joudeh, 62, traveled to Israel to attend a wedding of a friend there. Joudeh, who is the vice president of the Arab American Association of New York, arrived in Israel with his two adult sons on July 23.

In a telephone conversation with Al-Monitor, Joudeh said, “After hours of questioning, my entry visa to Israel was revoked based on their claim that I had been issued an identification card by the Palestinian Authority in 1995, although I left in 1994 for the last time on a travel permit issued by the Israeli military.”

What angered Joudeh was the way that he and his sons were treated. “My son Ronnie, 28 years old, was interrogated in a very rude manner. During his interrogation, he was threatened by the Israeli airport official. Ronnie was called many disrespectful names, and he was threatened to be sent back to the United States. All of us were interrogated separately. Each officer humiliated us and threatened that our lives would be made miserable by the Israeli authorities. They called us liars and they left us without food or water. We were even denied privacy as each of us was privately escorted to the restroom. Let me emphasize that we each attempted to behave in a civilized manner. We continuously tried to explain ourselves and the reasons for our travel, but unfortunately each time we tried we were yelled at and kept in isolation in a small room.”

Joudeh said that after six hours of interrogation he and his sons were given an ultimatum. “Either be deported to Jordan, or sign a document of deportation — stating as the reason for denial: prevention of illegal immigration considerations — and travel back to the United States on Delta flight 469, the same aircraft we arrived on.”

Joudeh, Ramsey and Ronnie had spent $12,000 on three first-class tickets and were sent back in economy class. “We were stuck in seats next to the restroom,” Joudeh said.

Susan Abulhawa, best-selling American Palestinian author, tried on July 28 to travel via the Jordan River crossing to the West Bank. Abulhawa, who teaches at the University of South Carolina, is the founder of the nongovernmental organization Playgrounds for Palestine, which buys children’s playground equipment and ships it to Palestine. She was denied entry after a six-hour wait.

Following her ordeal, she wrote on her Facebook page: “They brought out three soldiers who just stood and stared at me. I kept yelling. I told them they're the ones who should go back. I said it was bad enough we have to enter like tourists and endure their endless humiliations and power plays.”

Abulhawa tweeted on July 30 that the US Embassy in Amman was not interested in documenting what had happened to her.

Eric Barbee, spokesman for the US Embassy in Amman, told Al-Monitor that Americans are warned about such practices and a travel warning is posted on the State Department’s website: “US passport holders are occasionally denied entry into Israel or the West Bank at one of the border crossings. They may also be subject to lengthy delays and security checks. Entry into Israel and the West Bank is subject to the authority of the relevant border officials." Barbee said that the US Consulate in Jerusalem is handling all such cases.

The spokesman of the US Consulate in Jerusalem, Clay Alderman, was unable to give any statistics and told Al-Monitor to contact the State Department’s website detailing warnings to visitors to Israel and the West Bank.

Many cases of discrimination against Americans of Palestinian descent have been recorded by the US government in the past few years.

Israeli officials were extremely cautious talking to Al-Monitor about these allegations.

When asked what a person needs to do to be treated as an American, she said that they would have to agree to abandon their Palestinian identity. “If they want to cancel their Palestinian ID, they need to do that with the Palestinian Authority and not with us,” she said.

According to an article in Haaretz daily in April 2014, Israel is said to have committed that it was willing to “ease its stance on Palestinian Americans” if it is allowed to join the visa waiver program. But the United States has not agreed to provide Israelis with the waiver as of yet.

In light of the major disagreements between the United States and Israel in regard to the Iran nuclear agreement, the issue of discrimination against US citizens of Palestinian descent is unlikely to reach the State Department’s priority list.