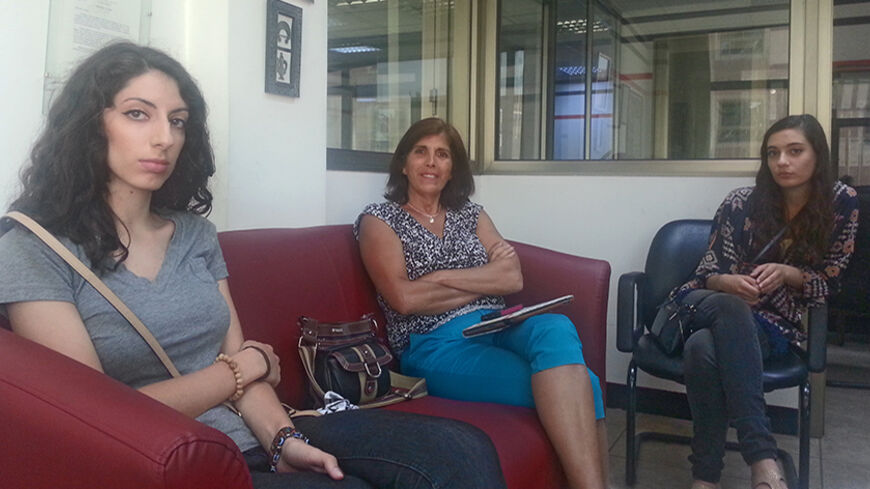 A group of American volunteers sponsored by the American Federation of Ramallah were denied entry into Palestine by Israeli border officers at the King Hussein Bridge on July 8. Tour leader Terry Ahwal detailed to Al-Monitor the humiliating six-hour experience that 15 Arab-Americans, ages 17 to 28, faced by Israeli officials. The visit, part of Project Hope, a project bringing volunteers to Palestine, was coordinated with the US State Department and the White House, according to Ahwal. She said that the US missions in Amman, Jerusalem and Tel Aviv were aware of the visit.

Ahwal said that even though she was allowed entry without a problem in June to attend the federation’s conference in Ramallah, this time the Israelis at the bridge acted differently. “As soon as we came up to passport control, I knew something bad was up,” she told Al-Monitor in Amman.

Israeli officials interrogated the entire group, trying to find any discrepancies in their narratives. In the end, Ahwal was told that she was denied entry for five years, and that the group will not be allowed in because they “lied.”

One of the issues brought up was the areas that the group intended to visit. Ahwal said that she and her peers were unable to provide any paper itinerary since they all had the details of the trip electronically and couldn’t retrieve this while waiting at the border entry where Internet was inaccessible. Ahwal said that Jennifer Paterson, 17, from San Diego was asked to name the holy places that she was planning to visit. When she was unable to detail them, the Israelis accused her and other group members of giving false information about the real intention of their visit.

Amanda Ghanam, 21, a volunteer from Detroit coming to Palestine for the first time, said that the Israelis questioned her repeatedly about whether she was going to any of the Palestinian refugee camps and to name the camps. “They kept asking me which refugee camp we were going to. They also wanted to know whether our leaders had told us what to say.”

All the volunteers were asked to name their fathers and grandfathers and to state whether they possess Israeli-issued identity cards. In the end and after six grueling hours, the entire 15-member group of US-born volunteers received an “entry denied” stamp in their passports and were sent back to Jordan.

Following their return, high-level efforts were made to deal with the issue, such as contacting Hady Amr — a senior adviser to US Secretary of State John Kerry — Richard Buangan from the US consulate in Jerusalem, Ein Hopper from the embassy in Amman and an aide working in the White House. The 15 Americans, from Arkansas, Florida, California, Michigan and New Jersey, have also written to their congressmen and senators.

US Sen. Carl Levine, D-Mich., has agreed to meet with a delegation from the Ramallah federation later this month, Ahwal said.

Gideon Noll, the spokesman of the Israeli Embassy in Amman, told Al-Monitor that the Israeli ambassador in Amman, Daniel Nevo, was aware of the problem and tried to help, but that “he doesn’t know why they were refused entry, since this was a decision by the Israeli border control and that the embassy doesn’t intervene in its decisions.”

Entry denial for American and other Western citizens, who do not need a visa before traveling, has been on the increase in recent days.

Jordanian officials at the King Hussein Bridge told Al-Monitor that they have noticed an increase in the number of Americans and Europeans being refused entry, but that they do not keep a running tally as to how many are denied entry.

A former volunteer with the Christian Peacemaker Teams, Jonathan Brenneman, was twice denied entry this week to attend a wedding because of his volunteer work in the past, he told Al-Monitor. After 30 hours of interrogation on May 29, a Canadian staffer of the Mennonite Central Committee, Rachel Friesen, was deported and told she was denied entry to Israel for 10 years.

As recent as April, Israel said it planned to ease its stance on granting entry to Arab-Americans, if it is allowed to join a visa waiver program for Israelis. Haaretz reported that a working group on the issue is set to meet this month. But other media reports in Israel stated that the visa waiver proposal, which has strong backing from Congress, would not fly in the executive branch.

Upon being turned back, Ghannam told Al-Monitor that while she was disappointed, she is determined to try again. “This was the first time I came, and I'm left with more determination to visit Palestine now. There is no logic and no justice to deny us entry when we are on a volunteer mission to do good.”

Amber Alley, 20, from Arkansas, who has visited Palestine before, told Al-Monitor that this incident “exposed her to racism and dehumanization” by Israeli border authorities toward Americans of Arab origin.