Iranian oil minister: 'Others' should be worried about oil prices

Iran's oil minister has said the ministry would welcome an emergency OPEC meeting, but that Iran will not limit its oil production to retain its share of the oil market. 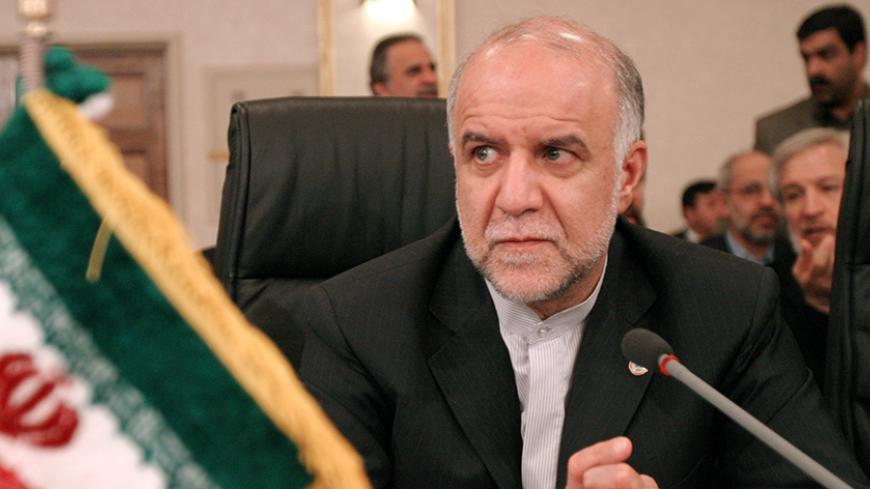 Iran’s Oil Minister Bijan Namdar Zanganeh spoke to Iranian television the night of Aug. 26 about the importance of not losing the country’s share of the oil market given the price drop and a new arrangement that will force investors to work with Iranian companies in the country's outdated oil industry.

“With all of our strength we have to put the oppressive [sanctions] on us to the side because protecting Iran’s share in OPEC and the world markets is our vital parameter,” said Zanganeh, adding, “If our exports double and the price drops in half, we don’t have a problem because we’re accustomed to living and resistance with low prices, and it is others who should be worried.”

The last comments made headlines in the Iranian media because they appeared to be directed toward other OPEC members. Iran’s regional rival Saudi Arabia has refused calls to cut oil production that would push prices back up. The price of oil is now the lowest in six years. It peaked at $115 in June 2014 and is now around $40 per barrel. The drop in oil prices has put a strain on the budgets of oil-producing countries, with even Saudi Arabia to run a budget deficit of $150 billion.

Whether Saudi Arabia refuses to cut oil production to hurt its geopolitical rival in the lead-up to the removal of international sanctions or if its refusal is meant to make investment in American shale gas unprofitable, the decision has upset Iran. Zanganeh said there has been a request for OPEC members to hold an emergency meeting, but added that all 13 members must agree to do so for it to happen.

Zanganeh said that the Oil Ministry reviewed the contracts with foreign oil companies and “planned a new model” for the post-sanctions era. According to him, the new plan requires an Iranian company work with a foreign company in all aspects of oil production, from exploration to drilling, in order to “use the new technology of these [foreign] companies.”

Iran’s deputy oil minister for international and trade affairs wrote an op-ed in Iran’s Shargh Daily headlined “Oil diplomacy in the sanctions and post-sanctions eras,” also addressing the need for foreign investment and technology in Iran. “Because of the competition of neighboring producing companies, an increase in production in Iran’s oil industry … needs immense financial resources, investment and advanced technological knowledge,” he wrote. “From today, future investment in the oil industry has to be done with the cooperation and participation of domestic and foreign companies.” He added that the Oil Ministry has formed a special task force to facilitate this cooperation between foreign and domestic companies.

The need to attract foreign investment is not just a priority for the Oil Ministry. Iran’s Economic Minister Ali Teyebnia discussed the importance of foreign investments today at a Fars Provincial Council meeting. “At the moment, foreign investors are enthusiastic about having a presence in the country, such that we have to schedule them because we cannot accept all of them,” Teyebnia said. He added that reforms in Iran’s banking system have also taken place, in part to address future exports.