Israel increasingly isolated as Iran opens up to region

Following its nuclear deal with world powers, Iran seems to be opening up to the world, including to its regional nemesis, Saudi Arabia, while Israel stands alone in the world in its opposition to the agreement. 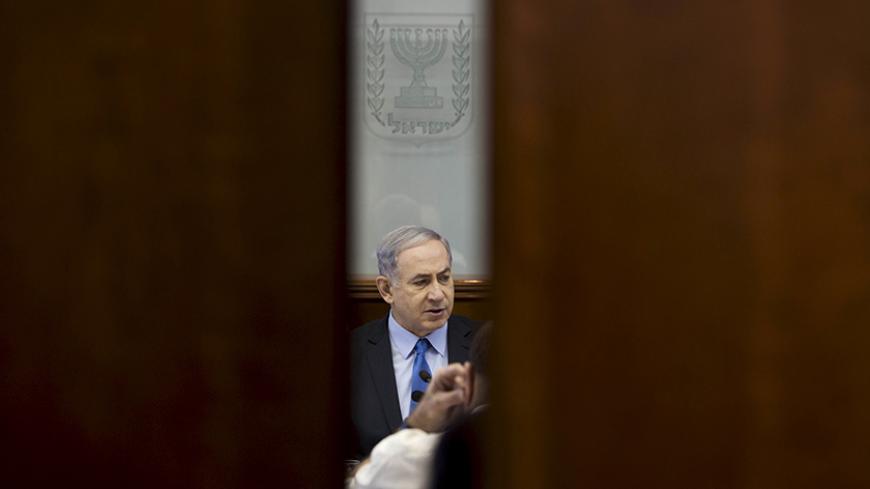 If US President Barack Obama manages to overcome congressional opposition to the Iran deal, Israel will go down in history as the only country in the world that tried to rescind the international agreement endorsed unanimously by the UN Security Council. If the deal’s opponents get the upper hand, Israel will bear sole responsibility for a conflict between the United States and Iran and for dealing a serious blow to the prestige of the world’s leading superpower, a country vital to Israel’s security.

In an Aug. 5 speech, Obama stated with confidence, “Every nation in the world that has commented publicly, with the exception of the Israeli government, has expressed support.” He went on to say, “It would be an abrogation of my constitutional duty to act against my best judgment simply because it causes temporary friction with a dear friend and ally.” Note the reference to a “dear friend and ally,” purposely using singular nouns, to denote Israel, not “dear friends and allies.”

How did Israel become the last bad boy standing in the campaign against the agreement? What happened to Saudi Arabia and the other Sunni states in the region that were also intimidated by the Shiite nuclear threat? Ever since the start of the negotiations between the six world powers and Tehran on its nuclear program, we had read in all the papers that the Gulf states were also swimming against the stream, right alongside Israel, opposing the agreement. Even after the agreement seemed to be a fait accompli, top officials in Jerusalem and an international bevy of acclaimed experts agreed that “Saudi Arabia is with us,” in a concerted effort to prevent Obama from signing off on a “bad agreement.”

On May 7, Netanyahu had announced that the Iranian threat “creates joint interests and also perhaps opportunities to develop alliances and possibly move peace forward.” He actually promised to look into it. The illusion of a “partnership of interests” with the moderate Sunni front was shattered as early as the Camp David summit between Obama and Gulf state leaders, on May 15. The joint statement at the conclusion of the gathering asserted, “They reviewed the status of negotiations between the P5+1 and Iran, and emphasized that a comprehensive, verifiable deal that fully addresses the regional and international concerns about Iran’s nuclear program is in the security interests of GCC member states as well as the United States and the international community.” Nevertheless, even after the summit, Netanyahu continued to stick to the opposite position compared to those of the Gulf states in general and Saudi Arabia in particular.

In a conversation with political reporters on May 28, Netanyahu was asked about his position regarding the 2002 Arab League peace plan. It should be recalled that the plan, which originated in Saudi Arabia, became the Arab Peace Initiative adopted by the Organisation of Islamic Cooperation (formerly the Organisation of the Islamic Conference). Netanyahu responded to the question by rejecting key components of the initiative, claiming, “A lot has changed in the Middle East since then.” Only after that did he say, “The general idea of trying to reach understandings with the leading states in the Arab world is a good one.”

There was considerable fanfare in early June when it was announced that Dore Gold, then one of Netanyahu’s advisers and now director general of the Foreign Ministry, had met with Anwar Eshki, a senior adviser to the Saudi government, at the Council on Foreign Relations. The Israeli daily Yisrael Hayom reported that the two men had discussed their countries' common struggle against Iran, making it sound like Israel and Saudi Arabia had just had a romantic liaison. The chief of staff of the Foreign Ministry, Shimon Shapira, who also participated in the meeting, told the Bloomberg news agency, “We discovered we [Israel and Saudi Arabia] have the same problems and same challenges and some of the same answers.” What the two of them “forgot” to mention is that Eshki had told his Israeli counterparts that if Israel continued to refuse to negotiate on the basis of the Arab Peace Initiative, it could forget about improving relations with Saudi Arabia, or for that matter, any form of open cooperation.

Saudi Arabia isn’t just sitting in the gallery watching Netanyahu and Obama descend into fisticuffs. Riyadh is also sending conciliatory messages to Iran. At an Aug. 10 press conference in Berlin, Saudi Foreign Minister Adel al-Jubeir said his country would be prepared to establish diplomatic relations with Iran provided Tehran stop intervening in internal Saudi affairs. The Saudi statesman said absolutely nothing about the need to rescind the nuclear agreement with Iran. Coincidentally or not, shortly thereafter the Shiite Houthi leadership in Yemen expressed its readiness to withdraw from Sanaa. According to a report in Asharq al-Awsat, the Houthis are even considering a transfer of government authority to exiled President Abed Rabbo Mansur Hadi, who is backed by the Saudi-led coalition fighting the Houthis.

That same week, there were reports on efforts by Iranian Foreign Minister Mohammad Javad Zarif to resolve outstanding issues to move toward elections in Lebanon and to cooperate with Syria in an effort to end the civil war in that country. That was why Zarif paid visits to both Beirut and Damascus, meeting with Hezbollah Secretary-General Hassan Nasrallah and Syrian President Bashar al-Assad. For the first time since the 2008 assassination of Imad Mughniyeh, head of Hezbollah’s military wing, an Iranian guest skipped paying a visit to the memorial established in his honor.

While Netanyahu was busy recruiting American Jewry for an assault on the White House, Iran opened its doors to the oldest and most widely distributed Jewish newspaper in North America. Larry Cohler-Esses, assistant managing editor of Forward, had been waiting two years for a visa to visit Iran when suddenly the Islamic Republic allowed him to enter. While Israeli spokespeople and Jewish leaders trying to stop the nuclear agreement have not spared any efforts to describe Iran as a violent, anti-Semitic country still living in the Dark Ages, the one Jewish journalist to visit the country found no evidence that Iran wants to destroy Israel. What Cohler-Esses did find among some of Iran’s religious leaders was the longstanding Iranian position supporting a two-state solution or any other arrangement that the Palestinians might accept.

On Aug. 11, I used this column to note the differences between Hamas’ achievements on the diplomatic front after the blow it suffered last summer in Operation Protective Edge and the draw for the Israeli side, which may have won on the battlefield but lost in the diplomatic arena. Israel has also notched quite a few achievements in its effort to stop Iran’s nuclear program. Nevertheless, while Israel currently languishes in less-than-glorious isolation, Iran can point to numerous achievements of its own on various diplomatic fronts. Israel currently faces the inevitable fate of a nation whose leaders remain captive to the rhetoric of fear and intimidation and refuse to even attempt a policy of conciliation and hope.