Depressed in Istanbul: Why are Turkey's young Islamist men feeling so blue? 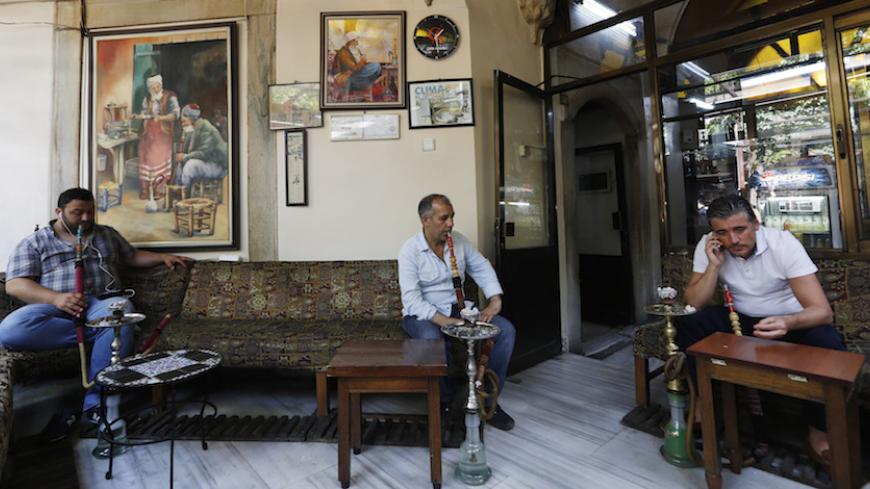 On July 19, Islamist writer Ismail Kilicarslan published a piece titled "Joyful pious girls, unhappy Islamist young men" for the pro-Justice and Development Party (AKP) daily Yeni Safak. The piece became an instant hit, receiving thousands of tweets from all over the political spectrum in Turkey. Several other columnists have chimed in on the issue since and Kilicarsan felt compelled to pen a follow-up piece on July 21 to better explain himself and to respond to some of the critics.

The controversial piece had said, “Today pious girls [young women] are more advanced than Islamist men in the culture of living and finding joy. Girls are better than men in learning about life, respecting differences, developing sensitivities and comprehending life from different perspectives. On top of all these, girls are better at active participation in life than guys.” Kilicarslan continued to explain that although young Islamist men are frequently heard talking about “saving the world” while puffing hookahs, women are the go-getters. They are the real game changers. To make his point, Kilicarslan argued that women today are better educated, more involved in politics and Islamic matters while men act like know-it-alls in colleges and seminar halls. He explained that one reason why there are so many seemingly overconfident yet delusory young men are the false images created. Kilicarslan complained that Islamic teachings boost young men’s egos and they start developing unrealistic expectations about possible future spouses.

Kilicarslan said that devout girls were focused, sociable and hardworking in the causes of Islamic studies and charity, while young men had pumped up egos and high demands, yet were unqualified to fulfill the needs of their families and society. Therefore, these young men are perceived as failures, and hence are unhappy.

While some applauded Kilicarslan, many were extremely critical of him. His analysis, perhaps long overdue, hit a nerve in Turkish society.

Most viewers who have read Kilicarslan’s commentary on the “unhappiness of Islamist men” went on the defensive. This method of defending Islamist men also meant emphasizing the fact that pious young women were not all that Kilicarslan claimed them to be. Omer Ekinci of the daily Star, another pro-AKP newspaper, penned a piece titled “Forgive me [pious] girls and as well brother Ismail [Kilicarslan].” Ekinci argued that young people as a whole have problems, not just women or men. He then started asking questions to challenge Kilicarslan’s arguments about joyous pious girls. For example, why are women not in decision-making positions? Why are there so few women in parliament? Ekinci also highlighted that in well-to-do Islamist sections of society, the main concerns of young people were focused on consumerism, such as how do I buy the new version of this cellphone?

Yet the problems of Islamist young men are real. The reason Kilicarslan’s piece hit a nerve was that he is a member of the Islamist community and he has spoken in a clear, unapologetic manner on the sad reality about the disappointment of young men. This was the first time Islamist young men, the most cherished section of the new rising class in Turkey, have been so scrutinized in public.

Al-Monitor interviewed over 20 young Islamist men in the Tophane area of Istanbul in last 10 days. This area is known for its popularity of hookah cafes, preferred by young or middle-aged Islamist men. One common concern these young single men shared with Al-Monitor was that they do not have girlfriends. One of the young men, giving only his first name, Abdulhamit, told Al-Monitor: “I am 26 years old. I have a history degree and I am completing a master's in business administration. My concern is that girls nowadays, the joyful pious girls Kilicarslan talks about, are not interested in marrying Islamist men. The market balance has shifted.” Ziya Yesil, a 20-year-old college student, said, “In the 1980s, 1990s, even early 2000s, when headscarves were banned in colleges and work places in Turkey, many young women were ostracized from society. While men shaved their beards and got their degrees and well-paid jobs, women sat at home, waiting for a prospective husband. At the time, many secular or Islamist men did not prefer women with headscarves because they could not be employed. Now, that is no longer the case. Pious girls are back with a vengeance. They have postgraduate degrees, and now they do not want to marry Islamist men.”

Another, also in his late 20s, who joined in the conversation and gave only his first name, Fadil, concurred with Yesil. Fadil told Al-Monitor, “My older sister, for example: She has an MBA and a well-paying job. She is covered; she rejected several rich established Islamist men asking her hand in marriage. Her reasoning was that she was looking for a partner in life, who can carry out the daily tasks along with her, and not expect her to be his servant. Also, not someone who is too bothered with petty details like the color of her scarf or the nail polish she wears. She married a devout man but not an Islamist.”

The recent trend of pious women not opting for Islamist men in marriage was the No. 1 concern of these young urban men in Islamist circles of Istanbul. They all agreed that their image has been compromised over time as “over-demanding, aggressive and bickering.” It is a challenging marriage market out there for these young men. Arranged marriages seem to be their only way out, and many of them are not happy about this option.

While reacting to the author as being unfair to Islamist young men, these commentators persist in doing as Kilicarslan notes. Their first mission seems to be to criticize the young women for not being proper Muslims. For example, a series of interviews with successful Islamist men quoted social media pundit Hasan Iyibilen as saying, “When we were battling against the headscarf ban, we did not mean for you [covered girls] to wear tight trousers, visible necklines and floating scarves.”

Other commentators in the same series of interviews complained that women were too active on social media, and that women strive to gain employment as if the process were Islamic jihad. It is also noteworthy that when discussing whether women have surpassed men in academic and social skills, Islamist pundits have commented that it was wrong to differentiate between men and women.

Yildiray Ogur, not known to be an Islamist pundit, asked in the pro-government Turkiye Daily: “Why are not they penning pieces titled 'Joyful Kemalist girls, unhappy leftist guys?' or 'Joyful atheist girls, unhappy agnostic men?' Why are Islamists being scrutinized?” But Islamist circles in Turkey have been long discussing the prolonged unhappiness of Islamist men behind closed doors. That this discussion is coming out in the open with the help of a fellow Islamist should be applauded.

Islamist young men, particularly those following the line of the Muslim Brotherhood, are facing serious challenges in contemporary Turkey. Their pumped-up egos and expectations are mostly unfulfilled. They view themselves as failures as more women acquire postgraduate degrees and high-paying jobs. The imbalance is first and foremost felt in the marriage market. As the pious young women have better paying jobs, their value in the market has increased. Secular men are also now interested in marrying women wearing headscarves as headscarves are normalized in Turkey. So the competition for Islamist men has intensified.

The question that needs to be asked now is how can Islamist young men at hookah lounges overcome feeling blue? Will they become more radicalized or secularized to restore their value in the marriage market?