Salehi speaks on 'secret side deal' with IAEA

In an interview with Iranian state television, Ali Akbar Salehi, the head of Iran's Atomic Energy Organization, talked about the agreement with the International Atomic Energy Agency of how the inspections of specific sites will be handled. 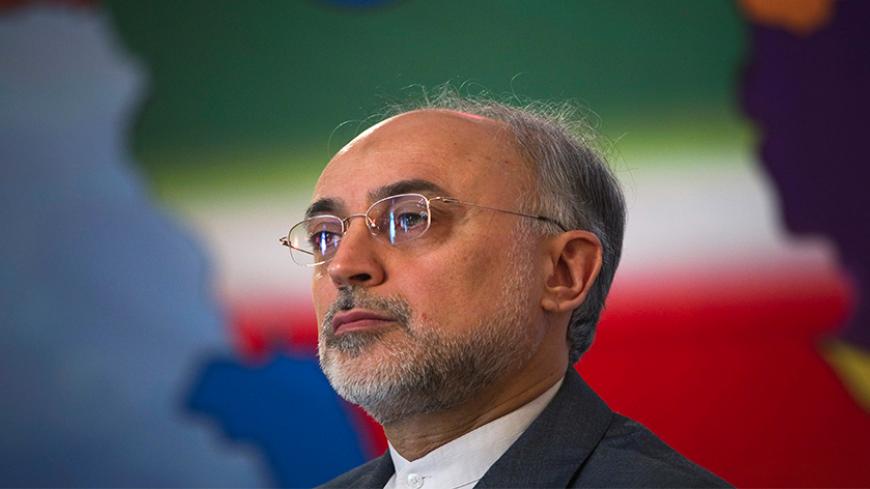 When Iran and the world powers were just two weeks away from putting together a comprehensive nuclear agreement that would reduce Iran's nuclear program in exchange for sanctions relief, the head of the International Atomic Energy Agency (IAEA), Yukiya Amano, traveled to Tehran to discuss the agreement on a mutually acceptable method to address Tehran's past nuclear activities.

One of the most debated aspects of the nuclear agreement between Iran and the P5+1 (the five permanent members of the UN Security Council plus Germany) is the inspection of military sites, which may require addressing past military activities. In Iran, military commanders, including Defense Minister Hussein Dehghan, have rejected the provision that they would allow inspections of military sites to take place. In the United States, where lawmakers are currently reviewing the 150-page agreement, the White House has been on the defensive, arguing that a secret "side deal" between Iran and the IAEA was not signed.

In an interview with Iranian state television, Ali Akbar Salehi, the head of Iran's Atomic Energy Organization and one of the key technical nuclear negotiators, spoke about this controversial part of the deal and Iran's dealings with the IAEA.

Salehi said that in Vienna a new agreement was signed between Iran and the IAEA to address issues on Iran's past and present nuclear activities. He said, "The main parts of what we signed are not confidential. But on the issue of safeguards we stated that when the IAEA inspectors come to Iran on some affairs we will make special provisions for inspections and how to inspect." Salehi added, however, that this agreement between Iran and the IAEA regarding the special method of inspections is "confidential."

Salehi said that the IAEA will issue their next report on Iran on Dec. 15 using this special method of inspections. He warned that even after the report, Iran's case with the IAEA may not be closed, but the actions are enough that the IAEA can continue its work.

When Amano traveled to Tehran on July 1, many took the trip as a positive sign that the nuclear negotiations were progressing. There was some controversy, however, given that Amano had shortly before the trip said that Iran would have to agree to inspections of nuclear sites. Interestingly, during the Tehran trip, Amano met with the secretary of Iran's Supreme National Security Council, Ali Shamkhani, who claimed that he was the first name on the list of individuals the IAEA and the P5+1 had requested to interview regarding Iran's past nuclear activities.

Many of the concerns about Iran's nuclear program are related to possible military dimensions. In the interview, Salehi called the case against Iran "manufactured" and said that previous IAEA head Mohamed ElBaradei had even said that some of the documents being used against Iran "are not reliable." Salehi also said that when Iran had previously answered IAEA questions, later more questions were raised that were "non-nuclear."

Salehi also said that Iran has voluntarily agreed to Additional Protocols until a time that parliament can approve it.