Gaza universities now more accessible, for all the wrong reasons

Universities in Gaza are lowering their admissions standards in what appears to be a way to realize profit while disregarding the needs of the market. 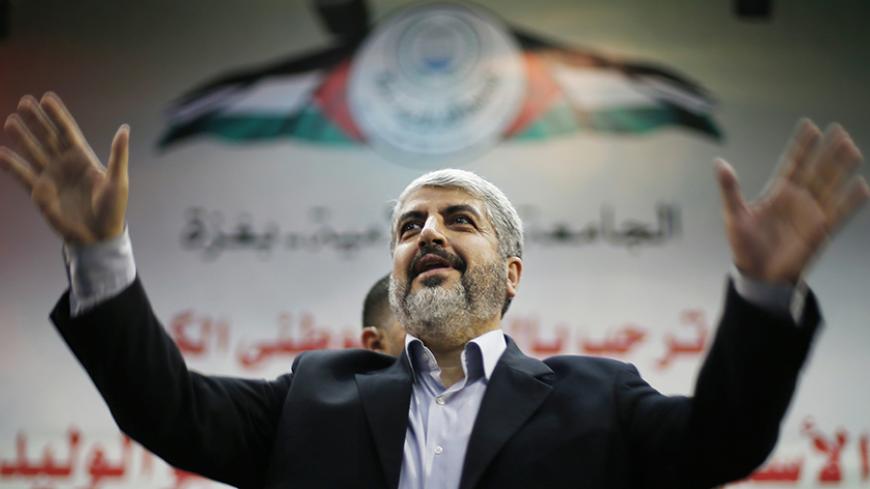 GAZA CITY, Gaza Strip — The Hamas-affiliated Islamic University of Gaza, one of the largest and oldest Palestinian universities in the Gaza Strip, has decided to lower its admissions standards to unprecedented levels for acceptance to various programs and colleges starting in July. The decision triggered a debate among academics and economic experts who wondered about the motives behind this action. Currently, the academic labor market in Gaza is severely overcrowded and there are few employment opportunities for the thousands of university graduates each year.

The labor market in Gaza is unable to absorb the thousands of graduates every year. About 150,000 university degree holders cannot find work, according to a local study published April 24, 2013.

The latest World Bank report revealed that the unemployment rate in the Gaza Strip is the highest in the world, at 43% at the end of 2014.

Economist Mohsen Abu Ramadan, former chairman for the Palestinian Nongovernmental Organizations Network, told Al-Monitor, “The lowering of admissions standards at the Islamic University prompted other universities to do the same, in the context of competition to attract the largest possible number of students, something that threatens to worsen the labor market in Gaza.” Abu Ramadan added, “These actions come in the context of steps taken by the Islamic University to address its financial crisis and to increase revenue, including increasing university fees in the various disciplines, without taking into account the needs of the labor market.”

The Islamic University is going through a financial crisis for which it took several austerity measures, including terminating the annual contracts of dozens of academic lecturers in May 2014, followed by firing dozens of workers from the university-owned Al-Kitab TV station in December 2014. The remaining workers at the station were forced to sign off on a 40% reduction of their monthly salaries until further notice. Employees do not have the right to reclaim the money that was deducted from their monthly salaries upon being let go or resigning.

A senior source in the Hamas-affiliated Office of Public Officials told Al-Monitor, “Lowering the admission standards in the various university faculties is not in line with the interests of the labor market and increases the surplus of graduates in academic disciplines for which there aren’t enough jobs, at a time when the Hamas government is suffering a severe financial crisis and hasn’t been paying salaries since June 2014.”

The source, who requested anonymity for security concerns, described the admissions standards of the Islamic University as “lower” than those of previous years. “About seven years ago,” the source said, “the average grade for admission into the engineering department was [a high school grade average of] 90%, but that gradually declined until it reached an unprecedented 80% this year.”

He explained that the university is looking to attract more students to the engineering department to increase its income. According to the same source, the university is doing that despite the fact that the market does not have need for more engineers, indicating that market saturation should be faced through increasing the minimum grade required rather than lowering it.

In a press statement July 8, the Engineering Syndicate in Gaza warned university students against studying engineering because of the oversupply of engineering graduates.

The syndicate asked that engineering education at Palestinian universities be either stopped or that the admissions grade into that field be raised to 90%, noting that four universities in the Gaza Strip teach engineering and graduate nearly 800 students each academic year at a time when the market needs about 50 engineers only, with the rest constituting a burden.

The source from the Office of Public Officials said the situation in the engineering field applies to the rest of the disciplines because the unregulated number of university students in each academic discipline and the fact that it disregards the market’s needs is flooding the market. The source added that university graduates count on finding jobs in the government but over the years no more than 2% of applicants to the various public functions get hired.

The source accused the universities and the Ministry of Education of not taking the labor market’s needs for the various academic disciplines into consideration before lowering admissions standards in the various colleges, stressing that more students should be directed toward the nascent vocational and technical education in the Gaza Strip in order to reduce the unemployment rate.

In a statement to Alray news agency, Alian al-Houli, the vice president for academic affairs at the Islamic University, attributed the decision to lower admissions standards at the university to the increasing number of educational and academic institutions. He said, “In the Gaza Strip, there are eight universities and more than 20 university colleges, which prompted the Islamic University to lower its admissions standards.”

For his part, Khalil Hammad, the director of higher education at the Ministry of Education, told Al-Monitor, “[His] ministry takes into account job saturation for the various specialties. But at the same time, it cannot stop education in any university discipline and it cannot force the universities to raise the admission standards to their various colleges.” Hammad said, “The ministry calls on universities to balance academic needs with job market needs,” pointing out that the best solution to deal with the surplus of graduates is for the graduates to seek work in the various Arab countries.