Qatar and Palestine have been working together to bring a larger number of Palestinians to work in Qatar, where the market is in need of skilled labor. 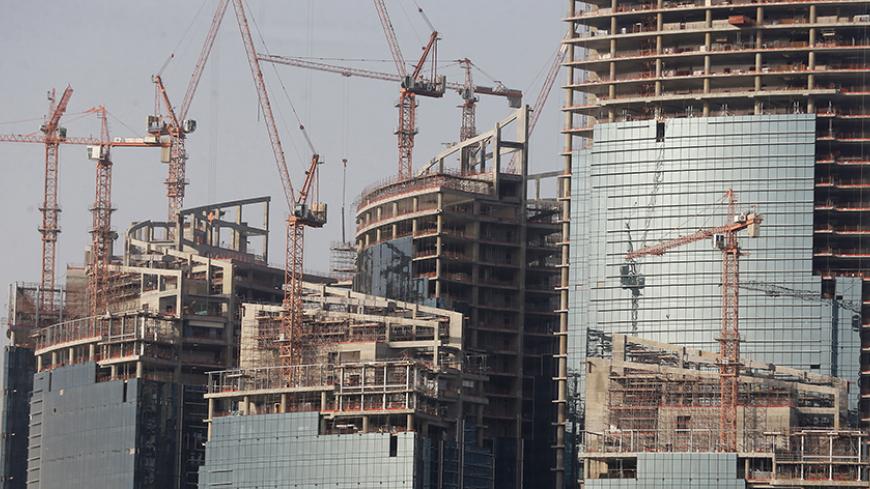 The Palestinian Ministry of Labor announced June 27 that Qatar has finalized procedures to bring Palestinian workers to Doha, in accordance with Qatari labor law, whereby Palestinians will be able to obtain entry visas and residency permits and have the right to work.

Nasser Kitami, undersecretary of the Palestinian Ministry of Labor, told Al-Monitor that his government “announced in early 2015 that it started receiving Palestinian applications for work in Qatar. Applicants have to fill personal data and provide some information about their professional experience in order to submit to Qatar, and [the Palestinian ministry has] received more than 58,000 applications from the West Bank and the Gaza Strip as of the deadline at the end of June 2015.”

Kitami added that this step is a chance for the Palestinian government to reduce unemployment and stems out of the need to open up new labor markets because the Palestinian labor market cannot accommodate large numbers of graduates, workers and professionals.

“Qatar has granted us 20,000 different jobs in accordance with Qatar’s needs in various fields and disciplines, which will reduce unemployment and poverty and the deteriorating economic conditions, particularly in the Gaza Strip. At the same time, this step will fulfill the needs of the Qatari market with the Palestinian labor force and would benefit both Qatar and Palestine,” he said.

Kitami explained that the novelty of the initiative is that Palestinians can now obtain residence and work visas with their Palestinian passport just like other nationalities, which was impossible before.

On June 26, Prince of Qatar Sheikh Tamim bin Hamad bin Khalifa Al Thani confirmed Qatar's commitment to support the Palestinian people and called on his government to make the necessary arrangements during a meeting in Doha with Palestinian Prime Minister Rami Hamdallah.

Tamim responded to Hamdallah’s call and suggested that the Qatari government make the necessary arrangements to implement the plan.

The recent developments concerning this Qatari decision are linked to statements made in January 2014 by former Palestinian Minister of Labor Ahmed Majdalani, who said that jobs for Palestinians in Qatar would be subject to Qatari labor terms and that the Palestinian Ministry of Labor has no role in this. He added that not everyone who registers for a job in Qatar would end up receiving an opportunity, since the basis of this step is that there are vacancies in the public and private sectors in Qatar that fit the capabilities and experiences of Palestinian applicants

A 2014 study published by the Palestinian Center for Statistics underlined the high unemployment rate among Palestinians aged 20-29 who have an associate's or bachelor's degree. In 2012, unemployment among this segment of the population reached 50.6% in the West Bank and the Gaza Strip, and increased to 55% in 2014.

Mohamed Kamel, a university graduate from the Gaza Strip who majored in computer engineering, told Al-Monitor that the Qatari step came at a time when the Gaza Strip is suffering from a tight blockade that affects all aspects of life and exacerbates the suffering of the Palestinians — including university graduates who find themselves without work.

Meanwhile, Israa Wadi, a housewife who finished her university studies in mathematics seven years ago and is married to an unemployed construction worker, told Al-Monitor that this Qatari step is encouraging, despite some negative aspects such as living away from home and family.

“I borrowed money from my parents in order to study, so that I could get a job in a specialized field that would help me face the harsh conditions of life and allow me to help my husband with the household expenses," she said. "However, I was shocked by the painful reality of the Gaza Strip. There is a severe lack of job opportunities, and my suffering increased alongside climbing unemployment rates.”

Wadi said that the Qatari step is a good chance for her to get a job that would help her meet life’s basic needs.

A number of Palestinian workers and university graduates interviewed by Al-Monitor confirmed that life away from one’s family is not easy, and leaving parents and children may increase their suffering.

These same people are skeptical of whether the Qatari job opportunities will be suitable for them and their level of education, or rather they involve jobs that do not require degrees — especially considering that the areas of employment available are mostly in the services sector, where women cannot work, or jobs not suitable for university graduates, such as construction work.

Palestinian Hussein el-Helo told Al-Monitor, “I worked for many years in the sewing profession, but the Gaza blockade stopped me from practicing my job for 10 years now. Yet the Qatari step is not encouraging because the suggested wages do not exceed $350 a month at best.”

He added, “The Qatari step opens the doors wide for Palestinians to immigrate abroad, which will exacerbate the problem instead of solving it. [A true solution] requires the Palestinian government to provide job opportunities for them at home.”

Economist Maher al-Tabbah, director of public relations at the Chamber of Commerce in Gaza, said in a recent interview with Al-Monitor, “[The Qatari] step is economically good by all accounts as it opens up job opportunities for university graduates and unemployed people in Palestine. Also, this step goes in the right and needed direction to face rising unemployment rates that have exceeded 55% at a time when successive governments in Palestine are failing to reduce this percentage.”

He added, “The Qatari proposal is a temporary solution that the Palestinian government is relying upon in the West Bank and the Gaza Strip to combat unemployment.”

Tabbah stressed the need for these opportunities to be in the form of a loan for a specified period of time, while the initiative to receive workers would be continuous. “Old workers should be replaced with new ones so that the largest possible number of Palestinians willing to work abroad could benefit from this opportunity,” he said.

This opportunity should be fully exploited and Palestinian laborers with great skills, ethics and professionalism should be selected so that they make a good impression about Palestinians in Qatar and encourage Qataris to bring in more new workers in the coming years.