The possibility to study in Jordan has opened the way for Israeli Arabs to become pharmacists and to integrate into the Israeli work market. 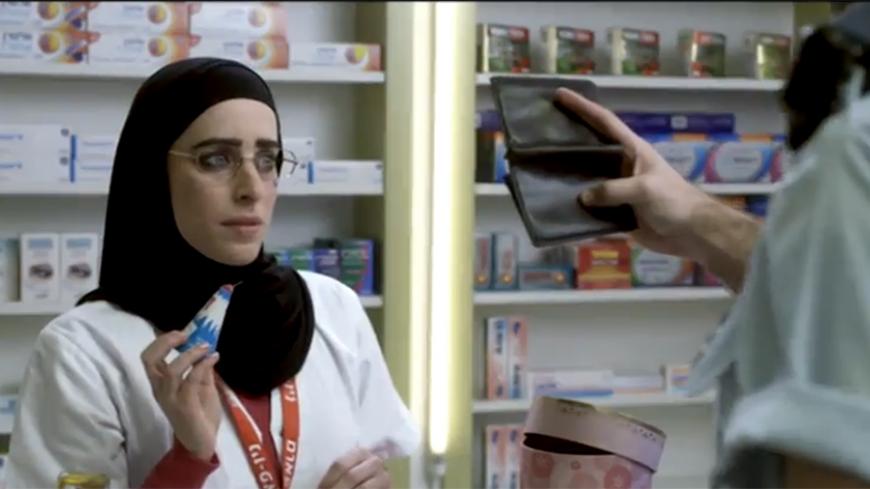 The Israeli public knows her well: Salma, the Arab pharmacist. She is a professional in her field — courteous, personable, speaks impeccable Hebrew and is always willing to help Jewish customers who are seeking medical advice. But Salma is not a real pharmacist. She is a character played by actress Liat Har-Lev on the satirical TV show “Eretz Nehederet” (“Wonderful Land”).

The writers of the top-rated program mainly created Salma’s character to reflect the reality that many of the pharmacists in Israel these days are young Israeli Arabs. And as in “Eretz Nehederet,” in real life, the encounter at the pharmacy between Jewish costumers and Arab pharmacists is unique, and often amusing, when Jews meet a young Arab man or woman for the first time and find that they are nothing like the familiar stereotypes they know.

“It’s a good bridge between Jews and Arabs,” Hani Daoud, the Israeli-Arab chairman of the Pharmacists’ Association in northern Israel, told Al-Monitor. “I don’t mean Jews who live near Arab communities and know Arabs. I’m referring to Jews who have only ever seen Arabs clashing with Israeli police or soldiers on TV. They don’t know the educated, erudite Arabs — those who have traveled abroad, are highly skilled and intelligent, who are very polite and respect others. And then they [the Jews] are surprised and astounded. Often they change their minds about them,” Daoud said.

“Suddenly, the Arab woman wearing a scarf is not scary,” said Huzan Younes from the northern village of Ara. Younes, a doctoral student of labor studies at Tel Aviv University, researched for her dissertation the various career development stages among Israeli-Arab female university students. The findings surprised her.

“For the Arab citizens of Israel, especially those living in Arab communities, there is no guarantee that they can suddenly find work in the city of Rishon LeZion or Tel Aviv — places where one usually doesn’t find Arabs,” Younes told Al-Monitor. “If you walk into a pharmacy in [the upscale northern Tel Aviv neighborhood of] Ramat Aviv, chances are you will find a pharmacist wearing a headscarf. When I asked why, I found a professional hierarchy. The drugstore chains need Arabs because Jewish graduates work at the pharmacies as interns only, get some experience and then go on to real pharmacological work. And what is real pharmacology? Research and development or clinical pharmaceutics in hospitals. These jobs are still off-limits to most Arab pharmacists.”

When Younes interviewed Israeli-Arab female pharmacists, she said to them, “You’ve advanced, you’ve found work and Arabs are even working in management positions in the large drugstore chains.” They answered, “Forget it. At most, the competition [in the drugstores] is between an Israeli Arab and an Israeli Russian." Younes said that this reply reflects the grim reality in Israel.

Professor Riad Agbaria, director of the School of Pharmacy at Ben-Gurion University in the Negev and a resident of the Arab town of Umm al-Fahm, told Al-Monitor that there appears to be an important consideration for a young Arab who dreams of making a respectable living as a pharmacist: finding a job quickly at a place close to home. He said there is no discrimination in the hiring of Arabs in this field because generally there is a shortage of qualified medical professionals. According to him, a pharmacist's position is considered a respectable profession.

“The Arab mother is just like the Jewish one,” Agbaria said with a smile. “She, too, wants her son to be a doctor. The Arab mother tells everyone proudly that her son is a pharmacist and has even found a prestigious job among Jews.”

According to data compiled by Agbaria from Health Ministry records, two-thirds of Israelis under the age of 30 who are licensed to work as pharmacists are Israeli Arabs. “In recent years, many Jews have left the profession because it is no longer profitable, and now the Arabs are taking over,” he said. “The number of Arab students signing up to study pharmacy in Israel accounts for 60% of all those registering. In medicine, it’s the other way around. Out of some 2,000 applicants annually, only 400 are Arabs.”

Agbaria added that at least two-thirds of the Arab applicants of pharmacy studies aspired to study medicine, but were forced to make do with pharmacy because obtaining this degree takes less long (four years as opposed to seven, followed by practical training), and thus the economic burden on the young Arabs and their families is more manageable.

In addition, Agbaria believes there is another reason for the popularity of pharmacy studies, one that is unique to young Arabs. “In addition to the fact that it’s a respectable profession that guarantees employment,” he said, “they [Arab-Israeli students] dream, after finishing their studies and internships, to one day open a pharmacy of their own in their community and not be dependent on Jewish employers who could discriminate against them. But now that’s changing. The market is flooded, and an independent pharmacy is no longer a profitable economic option.”

The reason for the market surplus is the growing number of young Israeli Arabs studying pharmacy in Jordan. Since the 1994 peace agreement between Israel and Jordan, many young Arab men and women have been crossing the border to study in the medical field at colleges and universities in Jordan. In pharmacy studies, unlike medicine, there is no cap on the number of students accepted.

“As chairman of the Pharmacists’ Association, I have hundreds of students waitlisted for internships. They wait a year, a year and a half, two years. And when an opportunity opens up, even if it’s far from home, they grab it," Daoud said.

Karima Hazan from the village of Yassif in northern Israel, for instance, has been working as a pharmacist in the southern Red Sea town of Eilat for 2½ years. “The minute they offered me the job, I jumped on the opportunity,” she told Al-Monitor. “I traveled there the same night.” Hazan goes back to her village once every month or two and dreams of advancing to work in drug research and development. She said the customers in Eilat, some of them tourists, love her. “I help them gladly and with all my heart. I have never heard racist comments. It’s all going fine.”

Agbaria, however, said, “Look, I’ve been at the university for 20 years and I sometimes know the Jews better than they know themselves. They live in a bubble. Most of the non-Arab students don’t see me as the director of the school, as a professor or as their mentor. They want to remember me as the Arab.”