The dire economic situation in Gaza has driven pharmacology graduates to charge investors a fee for the use of their degrees to obtain pharmacy licenses. 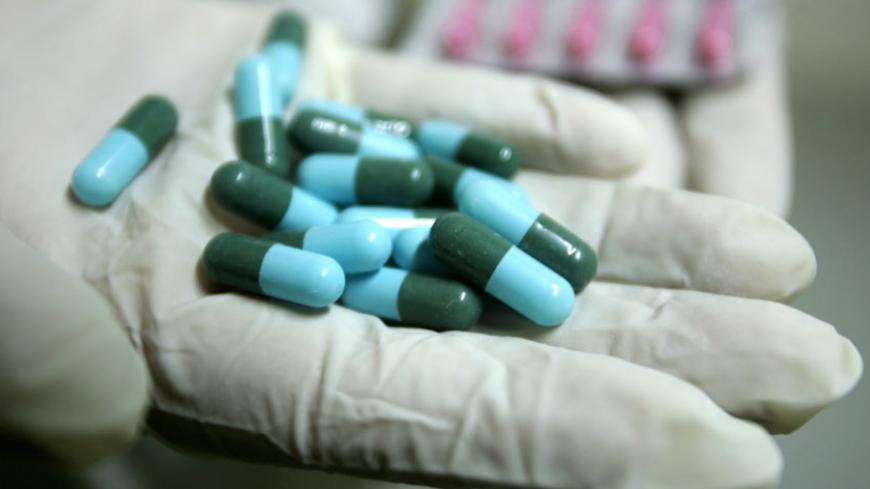 In the Gaza Strip's struggling economy, “lending” one’s degree or diploma to obtain income has become an increasingly popular practice in the field of pharmacology. With a dearth of job opportunities due to the political situation and the Israeli blockade, and unable to afford opening their own pharmacy, many pharmacology graduates have been trading on their degrees to help private investors open pharmacies and in some cases to work in them.

Khalil Hachem holds a bachelor’s in pharmacology and was completely unaware of the job market in his field at graduation. He explained to Al-Monitor, “If I had the chance again, I would have chosen a different major, because a pharmacy degree in the Gaza Strip is nothing more than a government license to trade in drugs. The pharmaceutical market is limited to selling or promoting pharmaceuticals, because the government positions in the Palestinian Authority-affiliated institutions have been suspended in Gaza in light of the political differences between Hamas and Fatah, not to mention the fact that several pharmaceutical factories are out of business because of the Israeli blockade on Gaza. The only solution is for pharmacists to own their own pharmacy, which is a venture costing between $20,000 and $40,000. As no new graduates can afford such amounts, the majority of them end up lending their diplomas to investors.”

In Palestine, only someone who has obtained a degree in pharmacology is eligible to apply for a license to work in the field. Some licensed pharmacists are now entering into contracts with an investor who then uses their diploma to obtain a license to handle pharmaceuticals and pays all the costs associated with opening a pharmacy. Such agreements can be verbal or written, but regardless, they violate the code of conduct for pharmacies and pharmacists. As per Article 9 of the code, the Palestinian Ministry of Health can revoke someone’s license if it can be proven that the owner of a pharmaceutical entity is not the person originally granted the license.

A large number of pharmacists seek to lend their degrees to get a job or to increase their income. Among the investors are traders wanting to enter the pharmaceuticals market, as well as pharmacists who already own a dispensary but want to own more than one such establishment. In the latter case, however, Article 16, item A of the code of conduct forbids individuals — that is, licensed pharmacists — from owning more than one pharmaceutical concern. Using another pharmacist's diploma is an obvious workaround.

Al-Monitor interviewed a number of pharmacists who have lent their diplomas. Sometimes the diploma is lent to an investor, and the pharmacist ends up working for the investor for about $1 an hour at an average of 10-15 hours a day. The pharmacist and investor might enter into a verbal agreement to divide a certain percentage of the profits. A pharmacist who is hired by his employer-investor cannot sign a contract with another pharmaceutical establishment or obtain information about the source of the drugs he is selling, although he has legal responsibilities because the facility is licensed under his name at the Ministry of Health. The pharmacist’s job, however, is limited to selling drugs. Based on interviews, pharmacology in Palestine is a male-dominated profession.

Al-Monitor visited one of the biggest pharmacies in Rafah and talked to a young pharmacist who graduated in 2008 from the Faculty of Pharmacy at Al-Azhar University-Gaza. The pharmacist had concluded a verbal contract with an investor in the city under which the pharmacist agreed to register the pharmacy in his name, while the trader paid for the necessary equipment in return for a percentage of the profit.

Another pharmacist who requested anonymity told Al-Monitor, “Our diploma is used as a license for investors to trade in drugs in the Gaza Strip. I found myself obliged to [enter into such an agreement], as I didn't have the means to establish my own pharmacy. Lending my diploma is my chance to be employed, even at a salary of less than $300 per month.” He receives $150 for lending his degree, while the remainder is what he earns for working five hours a day.

More common among female pharmacists is agreeing to a written contract to establish a new pharmacy, but not to work in it. That the female pharmacists do not always work relates to the traditional social system linking the necessity of a woman working outside the home to the extent to which her income is needed to sustain the household. For the most part, female pharmacists want only to lend their degree, for $150 per month, and remain at home.

Wafaa Youssef, a 2005 pharmacology graduate of Al-Azhar University-Gaza who lives in Rafah, told Al-Monitor, “In the beginning, I refused to lend my diploma, because I wanted to establish my own pharmacy with my own money. However, three years after graduation, I got married, and I had to lend it so we could increase our income.” Youssef is lending her diploma for $150 a month. When asked about the legality of the practice, she said that the majority of her friends who studied with her also lend their degrees, because they cannot afford their own pharmacies. She does not see anything illegal about the practice.

One problematic issue about such arrangements is the way in which investors are taking advantage of the difficult economic and social circumstances in Gaza to worm their way into pharmacology through a transaction controlled by supply, demand and trading. All the investors care about is selling products quickly to rapidly accrue profits, without regard to the profession’s ethics and sometimes the quality of the products. What is more, lending pharmacology degrees has created an incubator for unqualified people to enter the profession. As a consequence of the absence of state laws criminalizing the lending of pharmacology degrees, it seems that the ball has been thrown into the religious and moral authorities' court. On Oct. 23, 2014, Dar al-Fatwa issued a fatwa prohibiting the lending of a pharmacology diploma, considering the degree an individual's possession and lending it is a type of fraud.