US Jews feel that Prime Minister Benjamin Netanyahu's defiant policy on the Iran agreement and talks with the Palestinians forces them to choose between the US agenda and interests and their support of Israel. 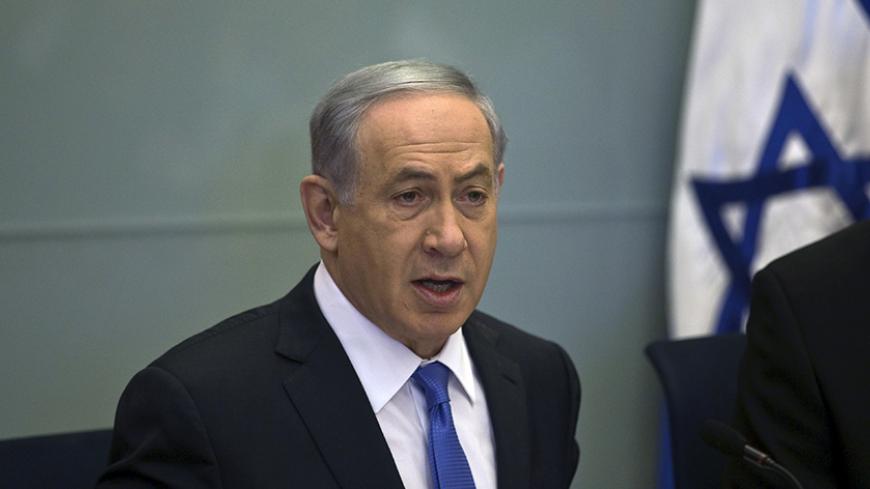 On the morning of June 28, Prime Minister Benjamin Netanyahu began the weekly Cabinet meeting with his usual press statement. At the time, it was already clear to anyone taking an interest in the subject that June 30 would not see the birth of an agreement — good, bad or reasonable — between the six world powers and Iran. Netanyahu, who has been religiously following the negotiations, was also cognizant of the fact that the dispute over the supervision mechanism of Iran’s nuclear sites was threatening to blow up the talks that were renewed this week in Vienna. But a public relations wizard like Netanyahu would not miss any deadline, even an expiring one, to attack the Obama administration. Also, a human rights advocate such as himself would not miss a newly issued State Department report documenting human rights violations around the world, including Iran.

“Two days before the final date set for the talks on achieving an agreement between the major powers and Iran,” Netanyahu said into the microphones, the world powers are “pushing aside” Iran’s crimes: executions, torture, violation of freedom of worship, Holocaust denial and persecution of the gay community. By the way, the report does not depict Israel as a paragon of sensitivity to human rights. Among other things, it accuses Israel of using excessive force against Palestinian civilians and abusing detainees. In addition, it is worth noting that Netanyahu himself and some of his friends on the right are conducting a campaign of de-legitimization of the Arab and leftist citizens of their own country.

Thus, at the Cabinet meeting, the prime minister accused those conducting negotiations with Iran, a thinly veiled reference to US President Barack Obama, of making growing concessions to Tehran and of “a pronounced retreat from the red lines that were recently declared — in public — by the major powers.” On June 29, Defense Minister Moshe Ya'alon must have remembered that it had been a long time since he challenged Israel’s main strategic diplomatic and defense asset, the United States. The minister, who usually works with military affairs correspondents, summoned the diplomatic affairs correspondents to convey through them the following message:

“The way negotiations were conducted allowed the Iranians to avoid that dilemma [between having a bomb and survival]. … But today there is no military threat on Iran, no diplomatic isolation, and there's been more talk of easing economic pressures since the interim agreement was signed.” That is why, Ya'alon summed up, the regime in Iran does not fear a domestic uprising and the dilemma was resolved in a manner undesirable for Israel.

Public criticism of the Obama administration, whether direct or implied, by Israeli government spokesmen, has become practically routine. Media coverage of these arguments is gradually diminishing, and very little, if anything, is said or written now about the link between the verbal sparring between Jerusalem and Washington and the problem they create for the Jewish community in the United States. How does the tension between the Jewish state and their own country impact the largest Jewish community outside Israel?

According to surveys in 2013, there are about 5.7 million Jews living in the United States. Israel's population — Jews and non-Jews — as of the beginning of 2015, has reached 8.3 million citizens, 75% of them Jews.

Shortly after attacking the United States at the Cabinet meeting, Netanyahu received fascinating answers to this important question. The prime minister and his fellow ministers heard decisive comments on the issue from two American Jews who co-chair the Jewish People Policy Institute, established by the Jewish Agency. The two, Stuart Eizenstat, formerly an undersecretary of state in the Clinton administration, and Dennis Ross, for years the US Middle East peace envoy who was charged with policy on Iran at the start of Obama’s term, took an hour and a half to review for the government the 11th annual report of the institute, along with JPPI President Avinoam Bar-Yosef.

Bar-Yosef told Al-Monitor that the JPPI heads and experts who edited the report carefully maintain political-partisan neutrality. He said that the common denominator of the report's authors is their desire to safeguard Israel's Jewish and democratic character, strengthen ties with Jewish communities around the world and guarantee the peaceful existence and continuity of the Jewish people.

Eizenstat and Ross warned that American Jews might be pushed into a situation that will force them to choose between embracing the US policy and supporting Israel's position. Such a situation, they emphasized, ''poses a threat to the robustness of the triangular relationship: Washington, Jerusalem and the American Jewish community.” They also warned, “The coming months hold the potential of growing tensions between the two states in a manner that could burden US Jewry, which could find itself between a rock and a hard place.”

Thus, the Cabinet ministers were exposed — yet again — to scathing criticism about Israeli decision-makers not taking into account the position of American Jewry. "At a time of dissonance over the possibility of a deal on the Iranian nuclear program," the report notes, "special attention must be made to manage the relationship with America, to avoid it taking on a partisan character and to minimize polarization and division within the American Jewish community.”

The JPPI group does not include members of the non-Zionist left. Still, among the elements that negatively impact Israel-US relations and erode the faith of Jews around the world in Israel's desire for peace with its neighbors, the report's authors note the construction in the settlements and in the Arab neighborhoods of East Jerusalem.

On the other hand, leading the list of elements that could be beneficial to ties with the United States, the authors recommend that Israel present a diplomatic initiative committed to the two-state solution — a solution that enjoys US support. Advancing toward ending the conflict is portrayed as a necessary condition for openly cooperating with leading Arab countries, especially since these countries are confronted, like Israel, with the threat of fundamentalist Islam. On July 1, just three days after this encounter at the prime minister's office, Islamic State zealots killed dozens of Egyptian soldiers not far from Israel’s southern border.

These important issues were, as stated, written and spoken by two senior administration officials — both Jews who love Israel and are committed to the battle against the boycott, divestment and sanctions movement and the growing trend of anti-Semitic and anti-Israeli propaganda campaigns around the world. No one can blame the two officials of ignorance on matters related to the Israeli-Palestinian conflict. Nor can anyone claim that they are ignorant in relation to the Iranian nuclear plan.

It seems that even under the current political atmosphere in Israel, where any kind of criticism against the government is rejected out of hand, the Israeli leadership will find it hard to ignore the logical straightforward arguments presented to it earlier this week.