Internet and social networks bridge Middle East societies and the rest of the world, advance values of coexistence and tolerance, and could become an answer to Islamic fundamentalism. 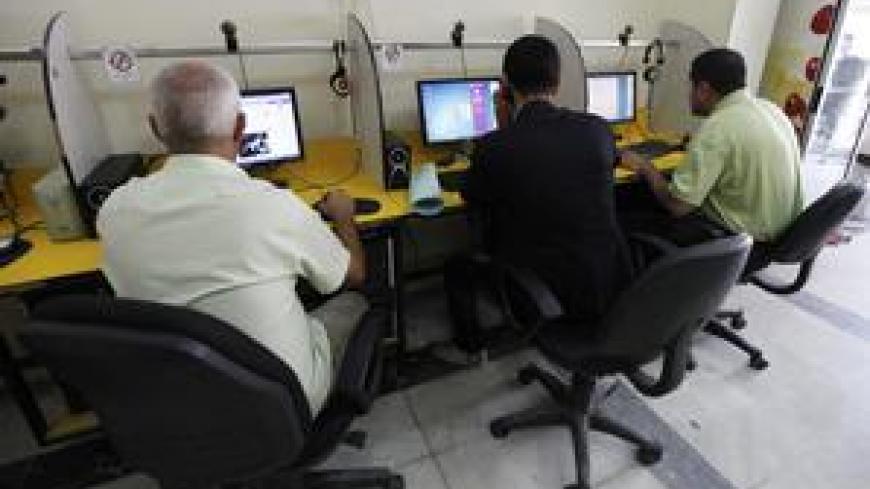 A silent revolution is taking place in the Middle East. In 2000, there were about 460,000 Internet users in Egypt; by the end of 2014 there were over 46 million, more than half of the Egyptian population. The same trend is true for most countries in the Middle East and North Africa where Internet penetration reaches an average of 20% per year. On average, these countries have reached a level where roughly 50% of its populations have Internet access (a higher average than globally, which is 42.3%). In Israel, a global pioneer in Internet development and usage, the penetration rate has reached 75%. This rate is even higher in most Gulf states, but also impressive in Jordan (86%) and Palestine (60% in the West Bank).

A great number of young Middle Easterners are spending a lot of time on social media sites; there are more than 60 million Facebook users in the Arab world, Egypt and North Africa included. This technological transformation has created a new discourse in the region, opening it up to the rest of the world. Young people, mostly those who are secular, have transferred much of their social life to online networks. They are creating new social media communities of common interests and values, such as online gaming and human rights groups. Today, a young Egyptian, Palestinian or Moroccan can make friends in the United States, Germany or Japan on Facebook, in minutes. And with many youngsters in the region interacting, a more multicultural climate is gradually being created.

It is a silent revolution, but its political repercussions are already visible. The Arab Spring protests were generated, to a large extent, by Facebook and Twitter; young people were recruited to the squares through social media. But in Egypt, for instance, these protests ultimately failed, when the revolution in Tahrir Square was kidnapped by the Muslim Brotherhood and subsequently strangled by army generals.

Today, the more vocal Internet revolution is being led in a destructive direction by Muslim fundamentalists, who try to marry age-old ideologies with modern-day technology. Former US special Middle East coordinator Ambassador Dennis Ross told Al-Monitor June 25 that we witness today “the emergence of ideologies that are completely characterized by rejection; that are governed by a sense that there is no one else except what they embody; that is driven by a rejection of the other; that the very concept of tolerance and coexistence is something that they exclude; and that there can only be one truth, and anyone who would raise questions about it must be an apostate.”

The Islamic State has become, to a large degree, the leading fundamentalist movement today. It is conquering cities and regions also by intimidation through videos of executions posted on YouTube.

Indeed the Internet, like any new technology, can be used for positive or negative social change. The nuclear breakthrough, for instance, was used for the purpose of both civil nuclear energy (positive) and atomic weapons (negative).

On the positive side, the Internet provides better knowledge (media) and education (online degrees). It creates new job opportunities for young people, with multinational Internet companies accessible to all. The Internet has become in almost all Arab countries a platform used to express dissatisfaction with the lack of civil liberties, such as gender equality or minority rights. Secret services find it challenging to monitor and suppress protests organized on social media, which has the potential to reach large groups in society.

However, these transformations are just beginning, and are for the moment mostly relevant to the educated and relatively wealthier elites.

On the negative side, the religious fundamentalists' movements, which have traditionally relied on mass recruitment, are now using the Internet for religious brainwashing and for political and terrorist enrollment.

The more liberal forces, such as students, mainly from urban areas, try to fight back and use the Internet constructively, but often lack organization and a strong political leadership. The fundamentalists and other destructive forces seem to be better organized and have in general a more charismatic political leadership. These religious groups despise the West, whereas the more pragmatic youth seek to reap the benefits of Western globalization.

Nevertheless, it is too early to declare victory for the fundamentalists, although they often have the upper political hand — when not crushed by the army, as was the case in Egypt. Under the surface, the democratization of societies continues to take place, mainly on social media networks. Both trends will likely gain strength over time, as both religion and globalization are powerful forces.

Therefore, the international community should not give up on the Middle East, given the desire of large parts of the population to advance democratization and peaceful coexistence. Even young Arabs and Israelis have found a common language on social media, creating thousands of dialogues on a daily basis and studying together in online education frameworks.

In the Middle East, much like in European history, it will take the engagement of many people and a long stretch of time — not the involvement of governments — to bring about a genuine transformation. Aaron David Miller, vice president for New Initiatives at the Woodrow Wilson International Center for Scholars and former Middle East Peace negotiator, told Al-Monitor, “Governments cannot transform. Only people can do that. By changing attitudes, by asserting their values, by cooperation, by accommodation and by understanding the needs and requirements of the so-called other."

Hence, the international community must take into account the millions of young Middle Easterners who seek modernization and normality in the Internet age. Ultimately, these young people are the best response to fundamentalism.