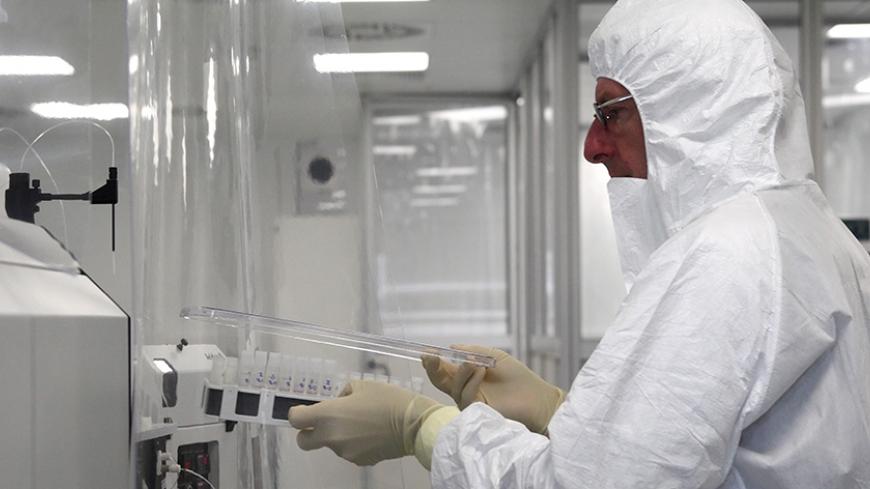 A key question in the aftermath of a new nuclear agreement with Iran is whether the international community has the wherewithal to monitor and verify Iran’s compliance. Officials in the Barack Obama administration and nonproliferation experts claim that the International Atomic Energy Agency (IAEA), bolstered by new technology and the intelligence resources of major powers, can provide the necessary assurances that Iran is abiding by restrictions on its nuclear capabilities and not trying to divert its declared program or build a covert facility to develop weapons.

“It’s not your grandfather’s IAEA,” said Thomas Shea, a veteran former official at the UN nuclear watchdog agency, to an audience at the Atlantic Council July 15. An expert for a quarter century in the IAEA’s Department of Safeguards, which monitors declared nuclear programs, Shea said that the agency had overhauled its practices in light of its failure to find nuclear weapons progress in Iraq and North Korea more than two decades ago and now has access to “100 different verification systems” that can detect even the smallest anomalies.

Where once the agency used rubber seals to prevent tampering with sensitive equipment and old movie cameras with film canisters that had to be manually changed every three months, the IAEA now uses “digital equipment with fiber optic connections that can be reviewed automatically and large-scale digital storage that is solid state,” said Shea. The agency is currently exploring live-streaming video. “It’s not what it was. You can’t diddle with it and expect you can defeat this equipment.”

The IAEA also has access to better commercial satellite imagery than the US government did 20 years ago, along with its own laboratory for environmental sampling and forensic analysis that can detect a pictogram — a million millionth of a gram of material — to identify possible radiation, Shea said. The lab is augmented by a “network of affiliated national laboratories,” Shea wrote in a forthcoming paper made available to Al-Monitor. In addition, foreign intelligence agencies and Iranian dissidents remain sources of possible information about clandestine activities, he said.

Jon Wolfsthal, senior director for nonproliferation and arms control at the White House National Security Council, echoed Shea’s assessment. “We recognize that this [monitoring and verification] is a critical component [of the deal] and have high confidence that the verification provisions of this deal will work because we are committed to them and because of the agency’s capabilities,” he told the Washington audience.

Asked whether Iran could profit from a potential 24-day period to adjudicate disputes over access to suspect sites, Wolfsthal said he doubted Iran could build an underground enrichment or reprocessing facility and get rid of all the evidence in 24 days. Uranium has a “half life of four billion years,” he observed.

President Obama, at a July 15 news conference that dealt largely with the Iran deal, said, “This is not something you hide in a closet … If there is nuclear material at that site, … that leaves a trace and so we’ll know there’s been a violation of the agreement.”

Wolfsthal also discussed the thorny issue of Iran’s suspected past nuclear activities with a military dimension. Under a new agreement with the IAEA concluded just before the July 14 announcement of the Joint Comprehensive Plan of Action (JCPOA), Wolfsthal said, Iran must satisfy the IAEA’s concerns about such activities by October so that the agency can present a report to its 35-member board of governors Dec. 15.

This information will give the agency a better understanding of the research Iran is said to have conducted from the late 1990s through 2003. Without clearing up this file, said Wolfsthal, Iran would get no sanctions relief, and the entire deal would be scrapped.

Another issue raised by critics concerns Iran's ability to install more advanced centrifuges in the latter years of the JCPOA and rush to a bomb after some of its provisions expire in 10 years. Wolfsthal said that — beyond Iran’s pledge never to develop nuclear weapons, which it made as a member of the nuclear Non-Proliferation Treaty and reaffirmed in the JCPOA — Tehran is also obliged to provide the IAEA with its plans for future research and development of advanced centrifuges, the machines that spin at high speeds to enrich uranium.

“This R&D plan must be consistent with their energy needs,” he said, and avoid sudden, sharp spikes in new centrifuges. The objective, he stated, is “a soft R&D landing … The agreement does not provide for an exponential increase in enrichment capacity.”

Wolfsthal and Shea agreed that to implement the deal, the IAEA would need more resources to expand its Iran team, which currently consists of about 50 personnel. Shea suggested that the United States might contribute an additional $50 million, which Wolfsthal called “a bargain” compared to the cost of military action against Iran’s program.

“The US and its P5 [permanent members of the UN Security Council] partners will be working with other member states to insure that they have the technology, the resources and the people needed to do this job,” Wolfsthal said.

Jim Walsh, a nuclear expert from the Massachusetts Institute of Technology, remarked, “This is not our first rodeo.” Lessons learned from Iraq, North Korea and Libya, among other countries, provide a better chance of detecting any suspect activity in Iran, he said. Walsh, who called Iran the “most watched country in the world,” also commented that it would be “odd” to negotiate an agreement permitting such intrusive inspections and then decide to violate its terms.

Note: Barbara Slavin moderated the panel at the Atlantic Council.