As Iran moves toward a final nuclear deal, the national media is buzzing with the domestic political and economic issues to be addressed the day after. 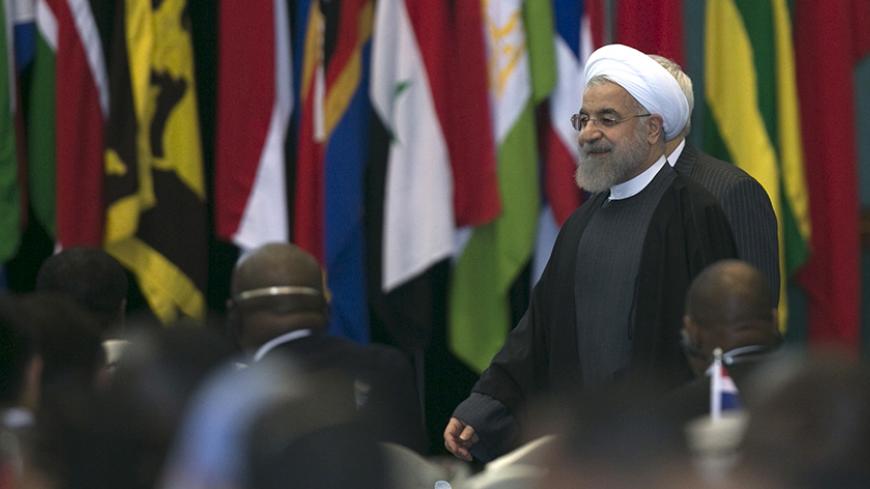 That President Hassan Rouhani has staked his political fortunes on the nuclear talks is well-known in Iran. His optimism for a nuclear deal with the six world powers and the subsequent removal of international sanctions and end to Iran’s isolation is so high that he has even, somewhat controversially, linked the nuclear deal to solving Iran’s water crisis.

However, domestically, whether there is a comprehensive nuclear deal or not, Rouhani and his administration face challenges and expectations from various political factions.

In an op-ed in the Reformist Ebtekar newspaper, Foad Shams addressed some of the concerns and anxieties many have about the economy in what could be best summed up as a polite warning to Rouhani that time and excuses for not meeting the people’s expectations are running out.

Shams wrote that a nuclear deal that removes sanctions is close and “From now, we have to think about the day after the deal.” He continued, “In reality, Iran’s situation post-sanctions will be different from the present situation. As a result, in the new situation, a new approach has to be adopted.” Shams wrote that Rouhani, who came into office in June 2013 under a slogan of “hope and prudence,” has “unveiled the part of prudence in his foreign policy," and "Now is the time for hope domestically.”

Shams urged Rouhani, who has spent the last two years focusing on the nuclear deal, to work toward “changes and reforms in domestic affairs.” He added, “The administration must think about bettering the living conditions of the people.” He wrote that the burden of sanctions has been mostly on Iran's poor and laborers, while a few individuals took advantage of the sanctions to become wealthy. Shams argued that while sanctions intensified economic pressures and increased class inequalities, “domestic and structural factors” played a role as well.

Shams wrote that a better life after the nuclear deal is a “rightful expectation” for Iranians after tolerating years of economic hardship. He also cautioned, “One must not think that removing the sanctions will resolve all the economic problems,” and unblocking money and foreign investment needs “precise and correct planning.”

“Now the sanctions and foreign pressure no longer exist for us to blame them for our ineffectiveness,” Shams wrote. “Now is the time for action on [campaign] promises and hopes.”

In Mardom Salari, Ehsan Kiani addressed the fate of three of the largest political factions in Iran post-nuclear deal. He wrote that the conservative group “Followers of the Leader” has supported the administration, but if a deal falls apart, it can blame the “excessive demands” of the West and that the hard-line group the Endurance Front, “which has put all of its eggs in fighting against America,” is worried about a deal, but argues that it is Iran’s embattled Reformists whose fate is most tied to the nuclear negotiations.

Kiani wrote that if Rouhani’s election was due in large part to the vote that Reformists brought out for him and, therefore, whether he succeeds or fails, their fate is tied to his just as conservatives, whether they want it or not, are attached to Mahmoud Ahmadinejad’s record as president. Kiani wrote that in the case of a nuclear deal, Reformists will want something in return for their support. Where Kiani departs from most other writers on this issue is that instead of putting the pressure on Rouhani, he argues that Reformists themselves must address their own stance if they want a role in the 2016 parliamentary elections. Reformists unofficially boycotted the 2012 elections, though many of them voted. Many other writers, on the other hand, are expecting Rouhani to fulfill his campaign promise of opening the political atmosphere.

Kiani writes that all the limitations placed before Reformists by hard-liners puts them in the position where if they want to remain a part of the political scene, they must make brave decisions themselves, rather than be passive viewers.