The Islamic State may be a bitter enemy of the Kurdish forces in Syria, but many Kurds — mostly from Turkey — are fighting in the jihadist ranks. 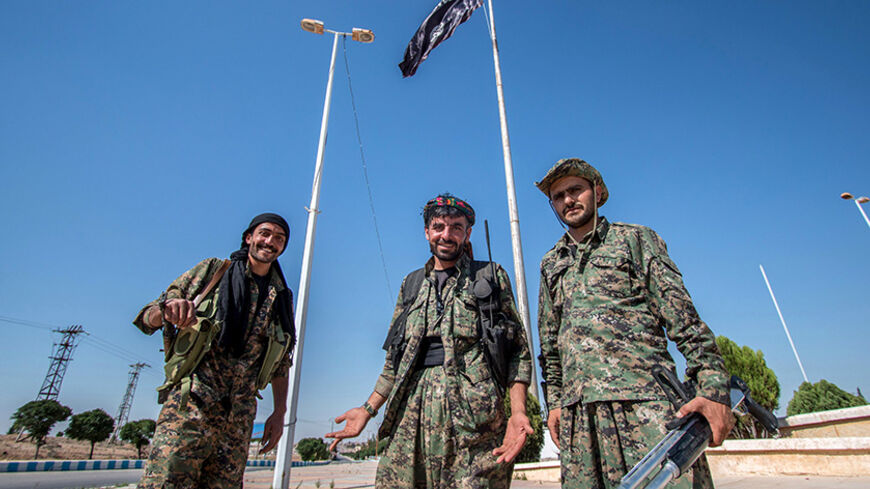 DIYARBAKIR, Turkey — First Kobani, then Tell Abyad. The two Syrian towns along the Turkish border came under the international spotlight amid monthslong clashes between Kurdish forces and the Islamic State (IS). The People’s Protection Units (YPG) triumphed in both battles, breaking the IS siege of Kobani in January and seizing Tell Abyad earlier this month. Though the two adversaries are poles apart ideologically, they have something in common — their Kurdish fighters. A considerable number of Kurds, most of them from Turkey, have joined the ranks of IS in Syria and Iraq.

The impoverished province of Bingol, home to some 267,000 people, has emerged as a major IS recruitment base in Turkey’s predominantly Kurdish southeast. Official figures are not available, but locals estimate at least 600 young men have joined the jihadist group, lured through religious indoctrination and various promises, including money and marriage.

The 18-year-old son of a local grocery owner is one of them. The man, who spoke on condition of anonymity and agreed only to a telephone interview, said he was able to speak only once to his son since he vanished earlier this year.

“My son was a quiet boy. He disappeared two months ago. We wouldn’t have even known he was there [Syria] if he hadn’t called us,” the bereft father told Al-Monitor. “I think he was influenced by friends. I’m just waiting, helpless. I just hope he turns up one day.”

Bingol stands out as a strongly conservative region whose population is overwhelmingly Zaza, an ethnic subgroup in the Kurdish fold. It has long been a major electoral reservoir for conservative and Islamist-leaning parties. The region’s social fabric, however, has propped up not only legal political parties but also outlawed Islamist groups. Militants from Bingol have figured prominently both in the leadership and lower ranks of the Turkish Hezbollah, a Kurdish-dominated Sunni Islamist group with a bloody past. Prominent Hezbollah leader Haci Bayancuk — sentenced to life in 2011 for his role in running the group’s violent campaign in the 1990s — is a native of Bingol. He has been succeeded by his son Halis Bayancuk, known also as Abu Hanzala.

Kurt said that the question of whether Zazas are really Kurdish or not — a debate that has intensified in recent years — contributed to an identity crisis among the Zazas, which often resulted in religious affiliation superseding ethnicity. “This is something the state’s rhetoric has also encouraged,” he said.

“The people’s senses of belonging are often confused and broken. Placing religious identity above ethnic identity becomes easier. For Kurds, in particular, religious identity prevails over ethnicity. Turkey’s assimilationist policies have also contributed to that,” Kurt said. “A Turk could easily define himself as both Muslim and Turkish. For Kurds, however, being Muslim is often perceived as an obstacle to Kurdishness due to historic dynamics and the state’s assimilationist policies. This is especially true for the Zazas in Bingol. Thus, religious identity often takes precedence over ethnic identity and completely obscures it.”

Kurt believes the number of IS militants from Bingol could be lower than 600, but stresses that a large number of people remain potential recruits. To stem the flow, he said, the government needs to step up security measures in the short term and follow up with long-term measures in the socio-economic realm, including education and job creation, to curb radicalization.

While many in Bingol are reluctant to speak openly about relatives with IS, others, like Filit Batir, are not. A retired employee of the local electricity authority, Batir told Al-Monitor how his son Musa, 19, traveled twice to Syria to join first IS and then al-Qaeda before being killed last year in an unknown location.

Batir believes his son was “deceived” into joining the war in Syria, saying he had sought help from the Turkish authorities to get him back, but to no avail. After a first short stint in Syria in 2013, the young man returned to Turkey, but Batir failed to convince him to stay home. Musa ultimately returned in a coffin.

“Shortly after he first went [to Syria], he suddenly came back one day. He didn’t come home but went to his sister in Ankara. I begged him to come home and he finally acquiesced,” Batir said. “He stayed here several months but they took him back again. And one day I got news he was in the hospital in [the Turkish border province of] Hatay. But when I went there, what I received was his body. I brought him home and buried him in our native village.”

Though Bingol has come under the spotlight, Kurds from other regions and various walks of life have also joined IS. In one striking case, an academic at Diyarbakir’s Dicle University, known as a liberal intellectual, lost his three young sons to IS in March.

Tensions between Islamist and nationalist Kurds escalated in October 2014 when some 50 people were killed on both sides in street clashes that erupted during demonstrations against the siege of Kobani and Ankara’s alleged support for the jihadists.

The polarization is perhaps best illustrated in a story of a Kurdish family in Adana, as reported in the Turkish media. The family’s elder son spent a stint with the Kurdistan Workers Party, which has long fought the Turkish state and is closely affiliated with the YPG in Syria. The younger son, meanwhile, joined IS last year. “We’ll behead the YPG guys,” the younger brother reportedly wrote on social media under a picture of himself brandishing a gun.

An estimated 500 Kurds from Iraqi Kurdistan have also joined IS. Most of them are said to be from the Halabja region, which, like Bingol, is known as a conservative stronghold.