The rising fortunes of the pro-Kurdish Peoples' Democratic Party may mean the beginning of the end of the "Erdogan era." 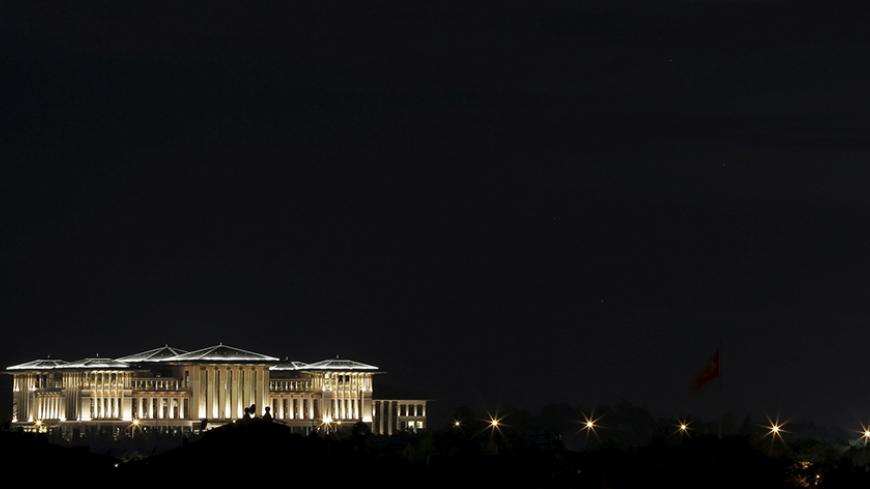 Around 60 million people are eligible to vote in Turkey, and 85-90% of them are predicted to vote on June 7. Approximately 50 million people will be deciding not only their own country’s destiny but also, to a certain extent, the future of the Middle East where Turkey has an important role to play because of its unique geopolitics.

No matter the outcome, the elections seem to spell an uncertain future for Turkey for an unforeseeable period.

There are two main alternatives for the Turkish electorate to decide, and each has a number of subtexts in itself: Either larger-than-life Erdogan will receive a green light to achieve his quest for an increasingly autocratic rule through his enhanced status, or the ruling Justice and Development Party (AKP) will lose its grip on power, unable to form a single-party government as it has managed to since 2002. Thus, it will be the beginning of the end of Erdogan’s ambitions and ultimately his political demise.

The first alternative seemingly will preserve the status quo for the power holders, but it does not mean a recipe for Turkey’s stability. On the contrary, it would push the country to implosion under the increasingly intolerable harsh rule of Erdogan and his party and within the broader context in the already volatile region where violence grips more and more of Syria and Iraq.

Many international media outlets and Turkey experts largely see the elections as a referendum for Erdogan and the ruling party because of the aforementioned reasons. A victory for the president will set Turkey on the path of instability with potentially dangerous outcomes.

The second alternative is a shortcut for a political crisis — the duration of which and how it would unfold cannot be predicted: The ruling AKP may be unable to secure a simple majority in the parliament. In other words, it will earn less than 276 seats out of 550. This scenario was highly unlikely until a few weeks ago.

​Most of the latest opinion polls, which could not be publicized over the last 10 days due to the ban on media coverage, suggest that the second alternative is more feasible. KONDA, believed to be one of the most accurate and credible polling companies despite its blunder in the last presidential elections, presented its latest findings to its customers privately. The following is its final forecast with an error margin of 2.4 points: The ruling AKP’s share of the vote is 41%; the main opposition Republican People's Party's (CHP) is 27.8%; the Nationalist Action Party’s (MHP) is 14.8%; and the pro-Kurdish Peoples' Democratic Party's (HDP) is 12.6%.

According to KONDA’s CEO, the ruling party may earn 270 to 278 seats with such an outcome. This means the AKP — aka Erdogan — may secure a thin majority over the required 276 seats, but they won’t be able to rule Turkey as they wish. The distribution of 1 million votes cast by Turkish expats will also help to decide the ultimate result.

A&G, another opinion poll company with a relatively good reputation, also leaked its findings on June 4. The company conducted its last survey on June 2-3 in 42 provinces with these results: AKP 42%, CHP 27%, MHP 16% and HDP 12%.

The trends are best understood thanks to the non-Turkish James in Turkey’s study. It published “a rolling average of the last five polls published by known Turkish pollsters,” weighing the result with the previous five polling results. In their words, this helps to “give an idea of the trend in support while protecting the average against extreme outlier results.”

This has been partly thanks to the attraction of its young and articulate leader, Selahattin Demirtas. There is almost a consensus that the party will manage to achieve “mission impossible” by getting over the immensely undemocratic 10% national threshold.

Such a success is proportional with the AKP losing its simple majority. Hence, the HDP’s getting over the 10% threshold would mean at least the beginning of the end of the "Erdogan era."

The HDP’s estimated election success can only be prevented by major electoral fraud or rigging, and this is not totally out of the question.

Otherwise, any fair election is likely to conclude with the ruling AKP losing its simple majority. That would pave the way for various coalition scenarios. The likeliest is the AKP-MHP coalition government. But this possible coalition may not be able to last long in the face of a looming economic crisis.

Another scenario is that if no government can be formed within 45 days after the elections, then constitutionally the country has to hold new elections. This could give Erdogan the opportunity to campaign for stability, and the electorate is likely to heed his advice. But this could even be more costly for him and his ambitions. Once the erosion of his power starts, nobody can forecast where and how it would stop.

International financial circles seem to already have accepted the election results, and they predict no positive outcome. The Wall Street Journal’s article titled “Investors Lose Appetite for Turkey Before Polls” reads, “Foreign investors are looking ahead to Turkey’s parliamentary elections on Sunday with concern, fearing any outcome that could destabilize the economy.” The article also quotes a portfolio manager as follows: “If the AKP wins an absolute majority, then we might consider liquidating our position in Turkey completely.”

For many citizens of Turkey, notwithstanding the uncertainties the elections may lead to, the most important outcome would be to see whether the beginning of the end of the Erdogan era will commence. For those citizens, nothing is more important than that, and nothing will be more comforting for the future of the country.