Why are Israelis uninterested in diplomatic debate?

Rocket fire from Gaza on southern towns has restarted already. Benjamin Netanyahu’s promises for creative diplomatic initiatives were not followed by action, and yet, the Israeli public seems unconcerned by the next conflict in Gaza. 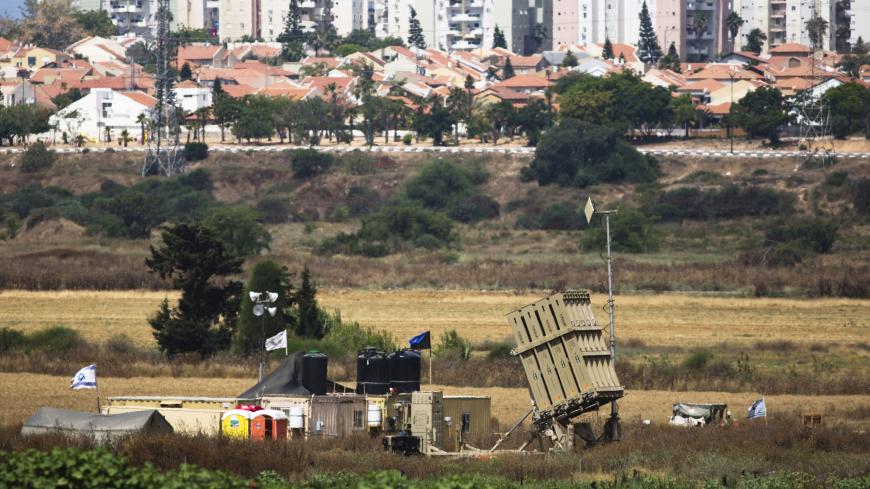 A recently located Iron Dome battery can be seen near the southern Israeli city Ashkelon outside the Gaza Strip, June 7, 2015. - REUTERS/Amir Cohen

On June 28, Zionist Camp officials traveled south to tour the localities surrounding Gaza and the southern Israeli town of Ashkelon, marking the year anniversary of Operation Protective Edge in the Gaza Strip. That morning, the residents of the southern region experienced a red alert siren, warning them that a rocket had been fired at them from the Gaza Strip. Still, the charged meetings that party leader Isaac Herzog and his colleagues held with the residents were hardly covered by the media.

Instead, the news broadcasts that day dealt broadly with the looming natural gas agreement over resource distribution, which had brought thousands of people to the streets of Tel Aviv the night before for a demonstration protesting what they see as the government’s capitulation to the owners of the gas fields. The crisis over the high cost of housing and the school strike protesting classroom overcrowding captured more airtime. Even the economic drama taking place in Greece interested Israelis much more than discussing Operation Protective Edge, whose ramifications are critical for the future of their children and their grandchildren. This is all at a time when the security establishment increasingly estimates that the next round of fighting with Hamas is around the corner.

It was only a year ago that Israelis experienced the trauma of sirens and rocket warfare with Hamas, which lasted 50 days, took the lives of 72 soldiers and civilians, ruined summer vacation for towns in the south and the center of the country and caused massive economic damage to the market. Now it seems that most Israelis prefer to shut their eyes and instead discuss the distant troubles of the Greek people. Despite the renewal of rocket fire on southern localities, there was no demonstration on the streets of Tel Aviv protesting the feebleness of the government on the security front or the diplomatic paralysis. As if it were preordained, Israelis prefer to look away from the reality closing in on them and the reports that Hamas has returned to building tunnels and replenishing its stock of rockets. It seems that no one wishes to hold a real public debate on two questions: Can it be different? Is there an alternative?

In general, since the March 17 election, the battles between left and right have been marked mostly by culture wars, such as the ones sparked by Minister of Culture Miri Regev. The diplomatic debate is nonexistent, mostly because of the fact that it's not taking place even within the right-wing, ultra-Orthodox government Prime Minister Benjamin Netanyahu established, and also in light of the weak opposition, which has not succeeded in proposing an alternative diplomatic agenda.

If we judge by the results of the last election, most Israelis have been convinced by the narrative presented by Netanyahu, according to which there’s no one to talk with on the Palestinian side, and there’s not much to do in face of the threats of Hamas besides military actions from time to time. What is worrisome in the current situation is the almost total disappearance of an alternative narrative. From year to year, it seems that, at least in Israeli public discourse, the diplomatic alternative to Netanyahu is becoming untenable.

This is why Herzog's important words during his tour of the south were drowned out by the hubbub of other headlines. “As is his habit, Netanyahu runs away and whitewashes and covers up the failure with an ostentatious message. … I ask the citizens of Israel, does anyone think he succeeded? Does anyone think the residents of [the southern localities] Netiv Haasara or Sderot or Ashkelon are safe today?”

The words of Zionist Camp co-leader and former Justice Minister Tzipi Livni also left the public and the media indifferent. Livni, who served in the diplomatic-security Cabinet during Operation Protective Edge, touched on the key point: “The operation was characterized by IDF [Israel Defense Forces] soldiers’ determination and willingness to sacrifice — and ended with Netanyahu’s diplomatic hesitation. If it weren’t for this hesitation, the reality for residents surrounding Gaza would have changed completely. The operation would have ended with an international decision to demilitarize the Gaza Strip and a shared fight, not just an Israeli fight, against Hamas and Islamic State terrorism.” These words didn’t reverberate with the Israeli public either.

Netanyahu, who was re-elected for a fourth term only a few months ago, has never been called to account for his words following Operation Protective Edge regarding the diplomatic options awaiting Israel. After all, he himself said Aug. 20 at a news conference leading up to the cease-fire that “there’s a change in the regional configuration that may create new possibilities, and I as prime minister am interested in exploring this possibility to the fullest. … Who supports Hamas? Qatar, Turkey, Iran and that’s it. The Arab world is against it.”

Almost a year has passed since then, and no regional initiative is seen on the horizon. Netanyahu is buried deep in his comfort zone: He’s not holding any negotiations with the Palestinian people, and the number of rockets fired from Gaza into Israel isn’t raising a public outcry yet. In the election campaign he also wasn’t forced to confront the gaps between the reality and the promises he made in the past. He has been able to dodge his continued failure as a statesman and convince Israelis that he’s the person best suited to give them security. But is there no connection between security and diplomatic momentum?

The lack of an alternative in public discourse is also the failure of the leaders of the opposition — Herzog, Livni and the chairman of the Yesh Atid Party, former Finance Minister Yair Lapid. The latter two sat in Netanyahu’s government during Operation Protective Edge and believe with all their hearts in a regional summit with pragmatic Arab states and negotiations with the Palestinians. They say there’s a direct correlation between Israel’s growing diplomatic isolation and the crisis in relations with the US government and the boycotts against Israel all over the world, but they can’t convince Israelis in the rightness of their cause.

Lapid has recently returned from a successful round of diplomatic meetings in the United States, where he found enthusiastic partners for the regional initiative. But upon his return to Israel, he hasn’t really succeeded in arousing enough interest in the topic to generate a political media discussion. His impressions of the visit were drowned out by the drama over natural gas resources that has gripped the public — a direct continuation of the social protest of summer 2011 over equal distribution of the country's resources. A year after Operation Protective Edge, this is a good point in time to debate the question of what Israel can gain from a military conflict and what the significance of the next round of fighting that is around the corner would be. Unfortunately, this debate doesn’t have an audience right now.