US ambassador’s visit to LGBT event sparks outrage in Jordan

The lesbian, gay, bisexual and transgender community in Jordan has been trying to speak up, but it looks like their efforts are not sitting well with those less sympathetic to the cause. 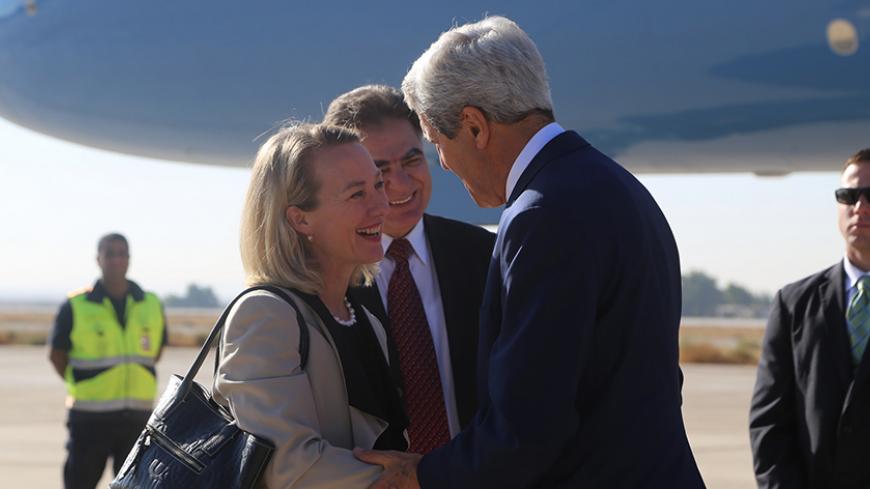 AMMAN, Jordan — US Ambassador to Jordan Alice G. Wells' recent attendance at an LGBT event has sparked outrage here. About 40 people gathered in central Amman to mark the International Day Against Homophobia, Transphobia and Biphobia. Organized by My Kali Magazine and LGBT activists, participants got together to raise awareness of the social and economic challenges facing the LGBT community, and some Western diplomats joined them.

Wells’ attendance provoked a harsh response from Jordanians when the mid-May event became public several days later. The Islamic Action Front, the political wing of the Muslim Brotherhood in Jordan, issued a statement condemning the session. “We in the Islamic Action Front emphasize that such meetings are a form of corruption and deviation,” it said. “These meetings threaten the security and stability of the country, spreading the taboo and immorality in this conservative society and are also contrary to the constitution.”

Criticism spread across much of the Jordanian media. Omar Kallab attacked Wells’ visit in one of Jordan’s largest newspapers, Ad-Dustour, which generally toes the pro-government line. Kallab said this was a sign of US and Israeli attempts to sabotage the culture of Islamic and Arab societies.

In an op-ed in Ammon News, Abdelrahman Altakhaineh recommended ways to “treat” gays while referencing the biblical story of Sodom. “Perhaps a medical approach could be utilized in this situation to bring hormone levels into balance with the intention of settling their behavior,” Altakhaineh stated.

A Pew Research poll found 97% of Jordanians do not accept homosexuality — one of the world's highest levels of rejection. Jordanians’ acceptance of homosexuality has actually declined by 3% since the 2007 questionnaire.

Walid Abu-Dalbouh, professor of international studies at the University of Jordan, told Al-Monitor that because of a struggling economy and numerous regional conflicts, many Jordanians feel that the country has more important issues to address.

Al-Monitor spoke with Ali, a Jordanian LGBT activist, who insisted on using a pseudonym because of increased sensitivity of this issue after Wells’ visit. “The US ambassador’s attendance was meaningful because the LGBT community felt pride that someone important was respecting them and showing support,” Ali said, contrasting the US diplomat’s visit to the event with how Jordanian ministers and members of parliament in Jordan treat the gay community with denial and disregard.

In the middle of a parliamentary session June 9, parliament member Yahia al-Saud slammed Wells for her attendance at the Amman event. Parliament member Abdel Karim al-Dogmi similarly attacked Wells. Jordanian lawyer Abu Ragheb tried to sue the US ambassador for attending the “unlicensed” meeting. The lawsuit also targeted Jordan’s social development minister for not stopping the gathering. But the attorney general said the case will not be accepted in court due to diplomatic and ministerial immunity.

“When Jordanians see the US ambassador visiting this meeting, this is against their religion, beliefs and common sense,” said Orieb al-Rintawi, director of the Amman-based Al-Quds Center for Political Studies.

Rintawi said that many of the regional conflicts are religiously motivated with a fierce competition of who represents "true" Islam, so the Jordanian government can ill afford to take a progressive stance on the LGBT issue and appear anti-Islamic.

On June 1, UN High Commissioner for Human Rights and Jordanian Prince Zeid al-Hussein called on all countries to provide legal recognition for same-sex couples and their children. While Jordan does not criminalize homosexual relations, the Hashemite Kingdom of Jordan does not permit same-sex marriage or recognize any LGBT organizations in the country.

Al-Monitor’s interview requests to both the Swedish and US embassies in Jordan, whose diplomats participated in the gathering, were declined. The Swedish Embassy provided a statement confirming their attendance “to show their support for the LGBT community in Jordan and all over the world in their struggle to end discrimination on the grounds of sexual orientation and gender identity.”

Wells’ attendance at an LGBT event is consistent with regional US policy toward this issue. Neighboring US Ambassador to Israel Dan Shapiro posted a picture to his Facebook account June 8 of the US Embassy decorated with rainbow flags to celebrate Tel Aviv’s 2015 Pride Week.

Despite much of the negative media coverage, Ali focused on some encouraging consequences. Because of the event’s publicity, he received numerous messages from LGBT individuals who now realized that they were not alone in Jordan and could connect with a larger community.