This week it was disclosed that there was a serious disagreement between Israeli Prime Minister Benjamin Netanyahu and the heads of the security apparatus in 2010, when Netanyahu considered attacking Iran. 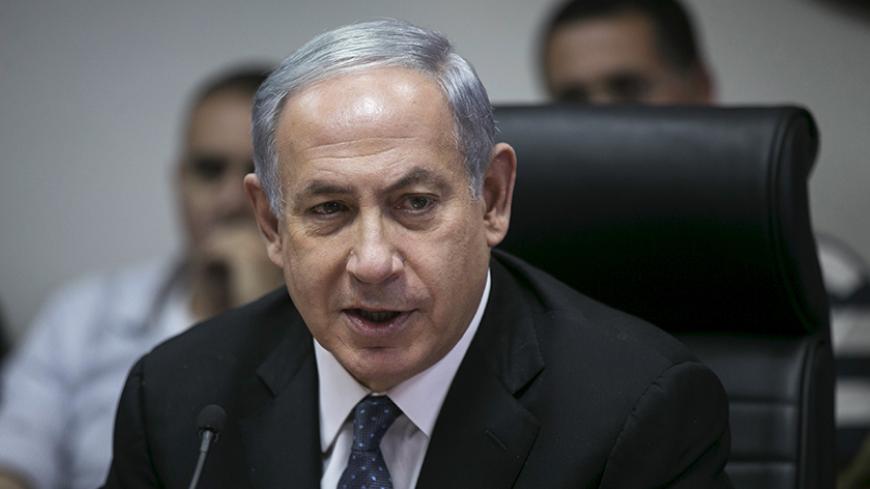 Participants in the Jerusalem Post's fourth annual conference in New York on June 7 never imagined that they would find themselves under public cross-examination over the actions of Israel’s political and security services during the tense days of 2010, when the government contemplated a military assault on Iran’s nuclear facilities. Sitting on the panel were former Chief of Staff Lt. Gen. Gabi Ashkenazi; former Mossad Director Meir Dagan; two former heads of the National Security Council, Maj. Gen. Giora Eiland and Maj. Gen. Uzi Dayan; and senior columnist Caroline Glick. Moderating the panel was the Jerusalem Post’s editor-in-chief, Steve Linde. The much talked-about argument broke out toward the end of the discussion, when Glick, who is known for her hawkish, right-wing views, claimed that in 2010, two members of the panel “were given an order to prepare the military for an imminent strike against Iran’s nuclear installation, and they refused.”

Quick to protest these allegations, Dagan got into a vociferous argument with Glick. “It was an illegal order,” he said. “You were not there. You don’t know what happened there.”

Glick refused to concede: “Had you not brought in your expert legal opinion to determine whether or not the prime minister of Israel and the defense minister of Israel have a right to order Israel to take action in its national defense, then we would not be where we are today.” She blamed Dagan and Ashkenazi for the current situation, which, according to the Israeli right, leaves the country with no way out. What she was effectively saying is that the heads of Israel’s security forces conducted a quiet putsch against the political leadership, preventing them from launching an Israeli assault against Iran’s nuclear facilities following plans prepared well in advance.

This argument reignited the public debate about the issue in Israel. At the Herzliya Conference in Israel the following day, I asked the country's ninth president, Shimon Peres, about it. “That journalist wasn’t there! How would she know?” Peres raged. “These are issues that should be discussed in the Cabinet, not in the media and not in public.”

Peres had good reason to be angry. He was one of the key players in that drama, which played out between the summer of 2009 and the summer of 2011. These were some of the tensest times for Israel’s defense establishment. Prime Minister Benjamin Netanyahu and Defense Minister Ehud Barak were pushing ahead with their plans to attack Iran, while the Israel Defense Forces (IDF), headed by Ashkenazi, and the heads of the other defense establishments opposed the move. Ashkenazi and Dagan had the support of none other than the president at the time, Peres, who joined their efforts to thwart the attack.

Were they refusing a direct order? Was this a mutiny, or possibly a military putsch against the country’s political leadership? The answer is no. Glick’s question focused on a very specific incident, which occurred at the end of a meeting of the Septet, Netanyahu’s ministerial forum for strategic consultation. It was a private forum of ministers, without any statutory standing and therefore unable to make any decisions. During that meeting, Netanyahu ordered Ashkenazi to prepare the IDF for an attack on Iran within 30 days. In professional terms, this was a case of “prepping the system.” Ashkenazi was rather shocked by the order, and he wasn’t the only one. So was Dagan, Shin Bet Director Yuval Diskin and the chief of military intelligence, Amos Yadlin. Not one of them could believe what they just heard. A “readiness order” requires a formal government decision before it can be issued, or at the very least, a decision by the Cabinet. It is a strategic order, during which time the IDF calls up the reserves and puts numerous systems into action. Although the law requires a government decision before such an order can be given, in this particular instance, Netanyahu issued the order offhandedly during the meeting of a forum with no legal standing.

That was why Dagan responded two days ago in New York that “It was an illegal order.” It is also worth noting that Ashkenazi said during that same panel, “There was never a decision about it.” Paradoxically, both men were right. The order was, indeed, illegal, and when the heads of the defense establishment clarified this to the leaders of the political establishment (Netanyahu and Barak), Netanyahu rescinded it. When Glick insisted on pressing against Ashkenazi with her line of questioning, he responded that there was a military option. It was prepared. That he gave his recommendations, did not intervene and did not block the decision. He claimed that there was never a decision about it. That’s all.

Glick refused to concede. “I think that at the end of the day, you have to wonder what it would be like to walk in someone else’s shoes. I must say that if the prime minister would have given me an order, saying to prepare the military option, I would say, ‘OK, there needs to be a Cabinet vote.’ I would not say, 'No, it’s illegal.'” Dagan then added, “Our roles and our obligations are to the State of Israel, and we fulfilled them. There was no order. He could have said, ‘Or else I will fire you or bring it up with the Cabinet.’ The meeting ended with the prime minister, not us, stepping back from his proposal.”

This dialogue in New York, about five years after the fact, reveals just the tip of the iceberg of what was taking place behind closed doors during those long, tense months in the conference rooms of Israel’s top defense leadership. All the heads of the various security forces were unanimous in their opinion that an Israeli attack on Iran would be a historic mistake that could result in disaster. At the same time, however, decisions in Israel are made by the political leadership. The defense establishment is then expected to carry them out without hesitation. On the other hand, to follow through with a perilous, strategically historic move such as attacking Iran, any Israeli prime minister would want the support of his defense leadership, or at least the chief of staff.

Netanyahu is an overly cautious prime minister with an aversion to military adventurism, for reasons of personal political survival. He knew that if something went wrong with the attack and it then became public that he gave the order despite the recommendations of all of the professionals in the security services, it would be the end of his political career. At first, he invested enormous energy in trying to convince some of the defense chiefs to adopt his position. The event reported here occurred when he finally gave up.

The question that the Israeli right should ask Netanyahu is why he didn’t attack Iran in the summer of 2012. As far as Netanyahu was concerned, that summer was seemingly the ultimate moment: The heads of the security forces had left the IDF and were replaced with a new crop of generals lacking experience, charisma or influence among the public. At that time, Netanyahu had a weak and anonymous chief of staff in the person of Benny Gantz, a novice director of the Mossad with Tamir Pardo, a new chief of military intelligence and a new director of the Shin Bet on the way. At the same time, the United States was caught up in a bitter presidential election, in which President Barack Obama was fighting for his second term. Netanyahu was seemingly free to act. There was nothing to prevent him from attacking Iran in July, August or September 2012, but he hesitated and eventually put his dream aside. At the time, however, there was no one to interfere in any significant way.

So why didn’t he go through with it? First of all, because Netanyahu was afraid. Second, Barak made a sharp, last minute U-turn and switched to the opponents’ side. And there must be other reasons.

At the Herzliya conference June 8, I asked Peres to comment on the issue and to speak about the shape that negotiations with Iran are taking. “There is no alternative to negotiations,” Peres said. “War means blood, wars mean disaster. Such a war would involve not only Iran but apparently Hezbollah as well. President Obama is not alone. He has a coalition. He has partners. There is Russia and China. These partners are more important than any centrifuges. Without them, there can be no sanctions. Any agreement is good, and preferable to war.”