After vandals attacked Sunni properties in Adhamiya, Iraqis are calling for official regulation and organization of religious events to avoid sectarian violence. 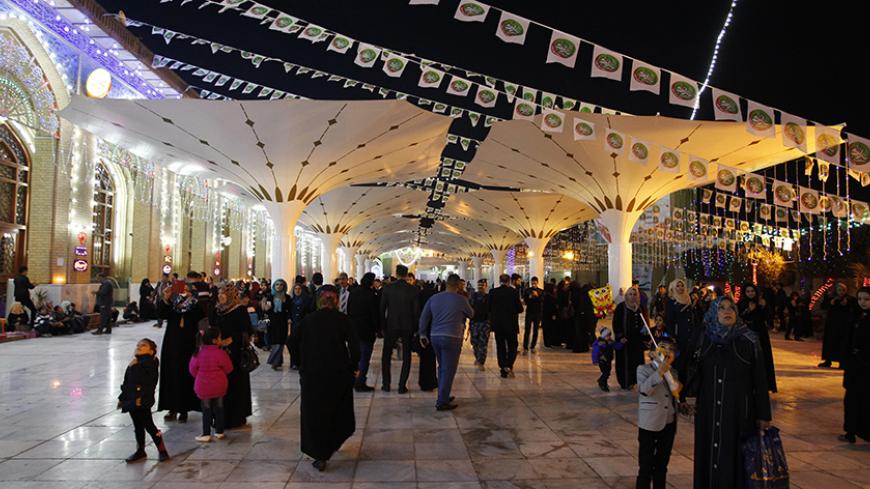 BAGHDAD — On May 15, the Shiite Endowment issued a statement that in one week, around 12 million Shiite visitors flew to Baghdad’s Kadhimiya district to commemorate the death of Imam Musa al-Kadhim, who died in the year 799.

On the night of May 14, rioters set fire to the property of the Sunni Endowment and other residences in the Adhamiya Sunni neighborhood, which faces the Shiite city of Kadhimiya. Media reports showed video footage of groups of Shiites attacking the property of the Sunni Endowment and the houses of Sunni residents. A young man waved victoriously in front of the burned buildings, celebrating revenge on Sunnis.

In an article published May 15, Al-Mada Executive Editor-in-Chief Adnan Hussein called this young man a fool, writing, “The perpetrators of this act are mentally prepared at home, school and mosques to carry out such acts through political and media discourse and sectarian propaganda and are driven by radicalism and fanaticism.”

Violence during religious events has prompted dialogue about sensitive religious issues once considered taboo, and calls for reducing the number of visitors to holy Shiite places. The May 14 incidents, however, are the first of their kind.

Since 2003, Sunni members and supporters of the Islamic State have been attacking Shiite visitors heading to Kadhimiya or to other Shiite holy shrines. The most notable incident occurred in 2005, when rumors spread about a suicide bomber wearing an explosive belt among the Kadhimiya visitors, sparking panic. People started pushing each other as they rushed to escape, and hundreds fell in the Tigris River. This incident caused thousands of deaths among the Shiite pilgrims.

Citizens, journalists and various political elites have increased their demands for binding religious rituals to laws and regulations. These demands have echoed in the Karbala provincial council. On Dec. 14, 2014, the council called for the establishment of a Religious Rituals Ministry to be tasked with regulating religious pilgrimages.

On May 19, the Sunni leader of the National Forces Alliance, Zafer al-Ani, criticized the government’s preparedness for the Kadhimiya visitors, while ignoring the displaced of Anbar.

Writer and social media activist Mona al-Hussein told Al-Monitor, “There is an exaggerated obsession about the practice of religious rituals, by ignorants or by those who benefit from exaggerating them.”

In an interview with Al-Monitor, Haidar Zweir, a political talk show host on al-Iraqiya — a satellite TV channel funded and supported by the government, but claims its discourse is independent — called for the development of mechanisms to prevent these events from being blown out of proportion.

Journalist Walid al-Taee told Al-Monitor, “It is necessary to establish an institution governing the Shiite rituals and procession of visitors to protect them from any harm and govern their administrative and logistic work.”

Taee’s call is not new. On Dec. 25, 2014, the Islamic Virtue Party’s parliamentary bloc had already called for the establishment of an independent body for religious rituals to govern religious pilgrimage.

On May 16, the religious authority in Iraq reiterated the call for the formation of an administrative body governing the visits to holy shrines.

Despite the calls to reduce and organize the number of visitors, they are still pouring in massive numbers into holy Shiite places, driven by their belief that pilgrimage is a god-given duty. On June 3, the number of visitors during al-Ziyara al-Shaabaniya reached around 6 million people.

Writer on social affairs Abbas Alhusainy told Al-Monitor that these religious pilgrimages have turned into an “occasion to waste money and energy and disrupt public life, because they are not organized and are easily infiltrated by terrorist groups.”

Alhusainy called for the adoption of “a civilized approach when governing these events, and for the rhetoric to be [appropriate] to the critical security and political situation in Iraq.”

Abbas al-Mousawe, a political analyst and media adviser to former prime minister and current Vice President Nouri al-Maliki, confirmed this vision to Al-Monitor. According to him, “The identification and reduction of the religious rituals' pace is impossible, and no one is entitled to do it.” He added, “The reason why [religious rituals] are widespread is the injustice done to religious communities, particularly Shiites, pushing them to be increasingly committed to these pilgrimages.”

“I agree with the calls for good planning of the visits in terms of roads, traffic and transportation preparations, as well as official working days so that these events do not turn into a reason to disrupt the state’s activity,” Mousawe added.

Researcher Salama Salhi explained the rise of religious pilgrimages, telling Al-Monitor, “The despair surrounding the political and security situation has caused some to embrace religion and sectarianism as an identity and an alternative to the national identity.”

Iraqis get 150 holidays a year, and the overwhelming majority are religious. The Russian RT news channel indicated that Iraq tops world countries in terms of holidays. Their extreme number has made the call to govern religious pilgrimage a social, security and economic necessity. Author Adnan al-Jazaeri told Al-Monitor that these calls are meant to “prevent terrorists such as the Islamic State from killing additional visitors. [The calls] are also an economic necessity, as it is possible to benefit from the large number of religious shrines in Iraq to activate the religious tourism sector and support the economy.”

For Iraqis of all religions and sects — such as Christians, Yazidis, Sunnis and Shiites, as well as Mandaeans — to preserve their unity and bring about civil peace, they need to take advantage of religious events to limit sectarianism among Sunnis and Shiites by calling on other communities to participate together. Iraqis also need to refrain from raising slogans that are offensive to others' religions and promote a tolerant discourse that advocates interfaith understanding. 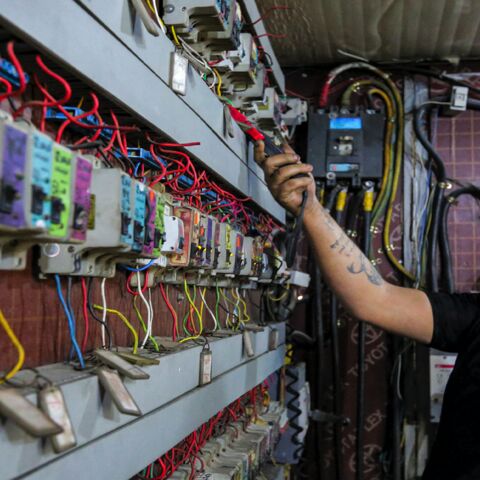 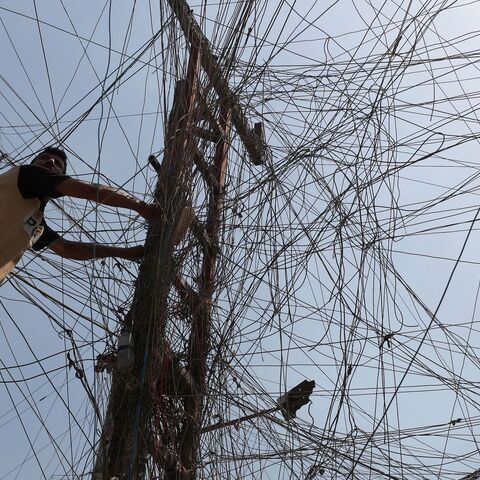