Mostafa Pourmohammadi, Iran's justice minister, explained why the high-profile corruption case of Babak Zanjani has yet to reach a conclusion. 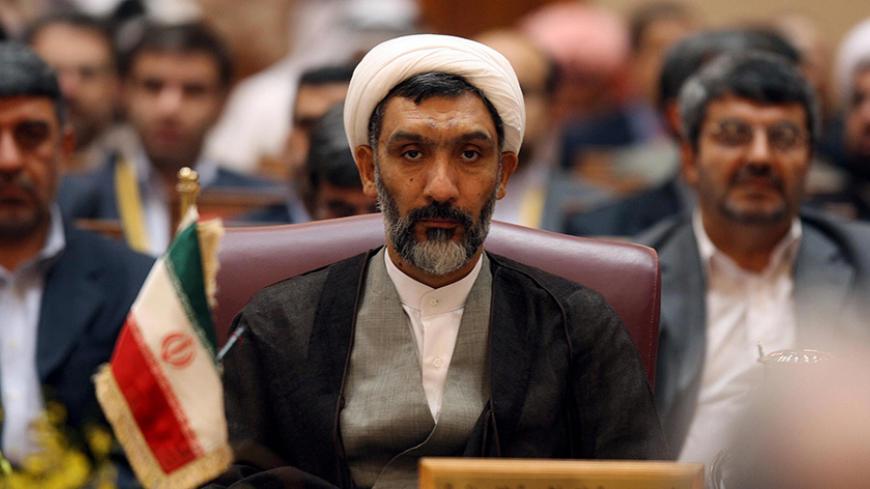 In an interview with the Iranian Students’ News Agency, Iranian Justice Minister Mostafa Pourmohammadi discussed corruption cases and why some appear to be treated differently. The Justice Ministry has little executive authority; it serves more as a liaison between the judiciary and the administration. Pourmohammadi revealed some noteworthy details about the latest corruption cases that occurred under Mahmoud Ahmadinejad's administration.

Pourmohammadi was asked why the case of Mehafarid Amir Khosravi was quickly resolved and he was executed but the case of Babak Zanjani appears to be continuing with little information given to the public. Khosravi was executed in May 2014 for involvement in a $2.7 billion embezzlement scheme. Three others were sentenced to death in that case, but their sentences were not carried out. Some even defended Khosravi as a businessman engaged in practices that were common at the time. Shortly before his execution, Khosravi also wrote a private letter to Supreme Leader Ayatollah Ali Khamenei; though the contents of the letter were never revealed, some believe his attempt to reach out expedited his execution.

Zanjani was arrested in December 2013, and despite claims by Iran’s Oil Ministry that he owes $2 billion, little information has been given about his case. Zanjani was assigned under the Ahmadinejad administration with diverting sanctions against Iran by selling its oil. He claims his money was blocked overseas from re-entry into Iran. His lavish lifestyle, which he flaunted on Facebook, stirred a lot of debate as most Iranians were feeling the impact of economic sanctions against the country.

Pourmohammadi, who maintained that his ministry was pursuing corruption cases “very seriously,” said, “The difference in the cases between Zanjani and [Khosravi’s] $2.7 billion case was that [Khosravi’s] was done inside the country and the accused are in this country,” but since most of Zanjani’s alleged crimes took place outside of the country, it has been difficult to identify everyone involved.

When repeatedly pressed about statements that Zanjani was refusing to cooperate or that he had given misleading information and what officials intend to do about it, Pourmohammadi said, “In your opinion what should be done when someone gives us the wrong information or does not cooperate? Will an execution or life in prison return the stolen funds? Right now the fundamental question in Zanjani’s case is the return of $2 billion to the country.”

On accusations that officials from the Ahmadinejad administration were involved and why there have not been charges against them in the Zanjani case, Pourmohammadi said, “They said that they unknowingly put the money at his discretion. They thought this path would bypass the sanctions. Assuming they willingly gave him the money, will convicting them bring back our money?” He added that this administration’s focus is first to bring back the money then pursue cases against those individuals involved.

Pourmohammadi defended the Rouhani administration’s efforts to combat corruption, saying that under the previous administration only lip service was given about combating corruption and, at times, there was even interference in judiciary officials' work.