The media has always been a focus for Hezbollah, but the group has recently changed its message. 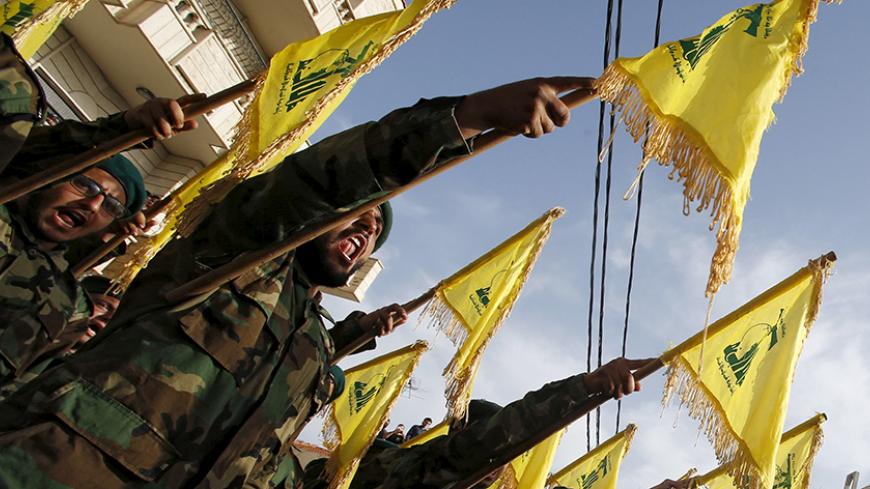 Since its establishment in the early 1980s, Hezbollah has showed serious interest in documenting its attacks and activities to use them as part of its media warfare, notably practiced in its fight against Israel during the latter’s occupation of south Lebanon until 2000 and later in the 34-day war in July and August 2006.

Back then the audience was clear, as were the objectives, and the cause seemed easier to defend and promote with the Arab public.

“Central to Hezbollah ideology and political action is the division of the world, formulated into ‘oppressors’ [mustakbirin] and ‘oppressed’ [mustad’afin],” Zahera Harb, the author of “Channels of Resistance in Lebanon," said in an interview with Al-Monitor. “This dichotomy is invoked in almost all party communications and seems to act as a focal point to the party’s media strategy in its media war with Israel and in rationalizing their military intervention in Syria.”

Hezbollah established several media arms; first a newspaper in 1984 called Al-Ahd, later Al-Nour radio station in 1988 and in 1991 Al-Manar TV channel, along with a strong media warfare unit that refers directly to the group’s jihadi council. Everything was working according to plan until the Syria crisis ignited.

“One of the main pillars of success in Hezbollah media war against Israel had been national unity,” Harb said.

Hezbollah’s media strategy in Syria wasn’t clear at the beginning. "National unity is not in play dealing with the war in Syria; Hezbollah through its media has been mostly at the defensive side trying to diffuse the media war waged at its military intervention there by contesting the [Shiite]-Sunni dichotomy and highlighting that the sectarian division is less significant in the war against the takfiris [extremists],” Harb said.

"We switched positions from defense to offense,” conceded Hezbollah media relations chief Mohammed Afif in an interview with Al-Monitor. “We used to adopt a cautious media policy in the past, now we decided it’s time to engage with the public and try [to] convince them [of] our point of view. The peak was when Saudi Arabia launched its war on Yemen, we condemned the Saudi assault and those who support it, and this was a right move.”

In mid-May, Hezbollah organized a tour for journalists to areas the organization captured on the Lebanese-Syrian borders. Western media outlets were invited including CNN, BBC, The New York Times and The Wall Street Journal, among others. It was clear that the group wanted to reflect its achievement via nonaffiliated media platforms.

“We had to expose our victory in Qalamoun, this was a media battle in the first regard,” Afif said. “We have a clear criteria in dealing with media outlets, all we demand is fair and objective coverage of Hezbollah, and we are ready to provide journalists with all the information they need. We understand that each organization has its own agenda, but there is a margin where we can cooperate. Today Hezbollah is playing a big regional role: We are present in Syria, partially in Iraq, we support the resistance in Palestine, and we have a stance and influence over what’s happening in Yemen and Bahrain.”

Hezbollah’s points of presence on the regional map highlight controversy almost everywhere. The sectarian question is being asked by enemies and even some allies, as when the group’s stances during the Arab Spring raised eyebrows, mainly after the Syrian crisis.

“When the Arab Spring came, some accused us of being a sectarian party; though our stance from the Tunisian, Egyptian, Bahraini, Yemeni and Libyan revolutions was clear, nobody wants to see that, they only took our stance on Syria,” Afif said. “In Syria the case is different. We are defending the resistance, our country Lebanon and all the people of the region, we are defending the Christians, the Druze, the Sunnis and the Shiites. There’s an existential threat not only on us, but on the whole region. It’s our war on terror, a genuine war on terror.”

Critics of Hezbollah believe the group is exaggerating the threat of the extremists in Syria by trying to build a national umbrella to fight under. A journalist loyal to the March 14 Movement in Lebanon told Al-Monitor on condition of anonymity that the real threat to Lebanon’s unity today is posed by Hezbollah’s ventures in Syria. “Hezbollah is combating Syrian rebels. Its true a portion of them are extremists but we know the majority want a free country. Hezbollah’s media arms are trying to show the dark face of the revolution in Syria while there are many bright faces that they intend to cover,” he said. “The worst thing is that western media is becoming affected by the Hezbollah rhetoric. They want us to believe that all the Syrians are al-Qaeda and [Islamic State].”

During the war with Israel, Al-Manar TV, Hezbollah’s main TV station, was famous for its mobilizing clips, which prompted Avi Jorisch of the Washington Institute to write “Beacon of Hatred: Inside Hizballah’s Al-Manar Television,” saying, “Al-Manar’s sophisticated use of television technology must be skillfully rebutted if the United States is to make progress in the fight for the hearts and minds of Middle Easterners.”

Jorisch’s writing reflected the importance this media arm had during the struggle with Israel and its effect on the people of the region. Despite the fact that the situation has changed regarding viewership and influence, given the latest circumstances, Al-Manar TV today is playing a similar role in supporting Hezbollah’s cause in Syria, clips on the channel along with programming is tailored to underline the importance of the group’s participation in the Syrian war and the role they are playing in defending Lebanon’s eastern borders.

“The core message has been, those fundamentalists are a threat to the pan-Islamic sentiments,” Harb said, adding that Hezbollah has also adopted the voice of the minorities in the broader sense as being the current and future victims of the extremist brutality. “As a counter tool to demonizing their motives as being merely sectarian, their media messages have been formulated around the threat those takfiris are posing on Lebanon’s multireligious/multicultural national identity,” she concluded.

The message is more complicated and may be a harder sell than in the days when the struggle was directed against Israel. As Hezbollah continues to move beyond the national stage to a regional role and its media strategy evolves, it remains to be seen whether the new narrative will allow the media wing to play its mobilizing role in Syria.