The Egyptian Ministry of Social Solidarity has started two programs to help alleviate poverty and encourage education among Egypt's most disadvantaged families. 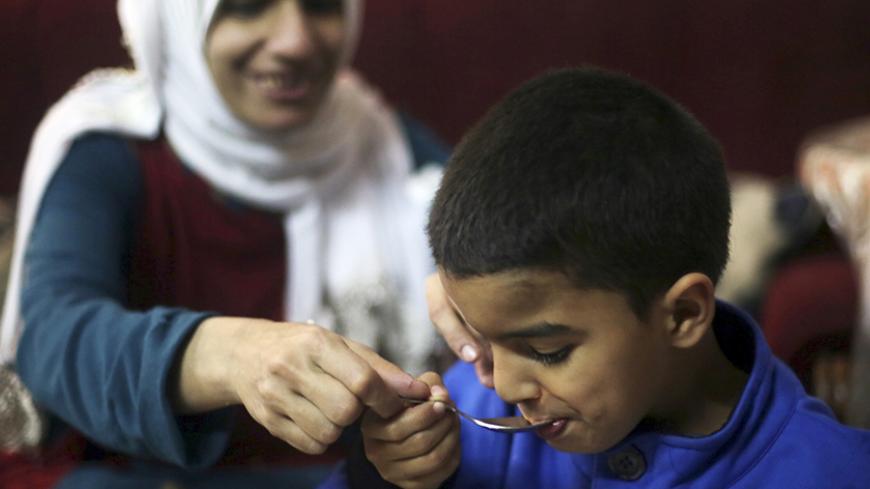 The Ministry of Social Solidarity has announced the first stage of two programs, Solidarity and Dignity, in the governorates of Assiut and Sohag. These programs offer cash support to the poor in the first conditional cash-transfer programs in Egypt. Under the Solidarity program, the Egyptian government requires beneficiaries to commit to sending their children to school, while beneficiaries of the Dignity program are elderly or have disabilities.

On June 4, 53,000 households in Assiut and Sohag received the first installment, retroactive for the first and second quarters of 2015.

The Solidarity program, which targets families most in need of assistance, transfers financial aid every three months amounting to 350 Egyptian pounds ($45) per family. For each student in the family, additional funding is allotted: 80 pounds ($10) for elementary school students, 100 pounds ($13) for middle school students and 140 pounds ($18) for high school students. Participation is limited to three students per family, provided the family abides by the conditions, which include 80% school attendance for children over 6.

Following research conducted by the Ministry of Social Solidarity, the Dignity program targets extremely poor families or individuals unable to work or produce, such as persons older than 65 or people with disabilities that prevent them from working. The government intends to implement the program over three stages, the first involving six Upper Egypt governorates with increasing poverty rates: Assiut, Sohag, Aswan, Luxor, Qena and Giza.

Minister of Social Solidarity Ghada Wali said in statements issued March 11 that the programs will cover about 1.5 million beneficiaries within five years.

Alia al-Mahdi, a professor of economics at Cairo University, told Al-Monitor that the Solidarity program's education condition promotes human development and may lift families from poverty by preparing individuals for the workforce. “Education is one of the main reasons that help the poor break out of the poverty cycle,” she said.

Mahdi said the programs’ impact on beneficiary households needs to be assessed, provided the assessment is performed by a neutral party not affiliated with the Ministry of Social Solidarity, to ensure fairness.

Nivine Kabbag, adviser to the minister of social solidarity and the executive director of the Solidarity and Dignity programs, told Al-Monitor that 155,000 families will participate in the first stage of the programs. Of these, 89,000 live in the governorates of Sohag and Assiut, 21,000 in Luxor and 45,000 in Giza.

Kabbag said that funds have been transferred to about 53,000 families so far in Assiut and Sohag, noting that the money will be disbursed every three months.

Kabbag added, “Up to 500,000 families will benefit from the implementation of the first stage of the programs, and the total financial aid that the programs will provide will amount to about 1 billion [$131 million] and 800 million pounds [$104 million] per year.”

Kabbag pointed out that after completion of registration in Assiut and Sohag, the registration drive will target about 74 villages and towns in Qena governorate and the cities of Qus, Qeft and al-Waqf. She added that the ministry will also target 28 villages in Luxor and Esna city, and 54 villages in Aswan governorate in addition to Kom Ombo and Nasr cities. She explained that Giza governorate is the most targeted with 82 villages and the cities of Ayat, Saf and Atfeeh.

Kabbag added that the Ministry of Finance allocated 4.8 billion pounds ($629 million) to the two programs in the 2016 draft public budget, from a total of about 11 billion pounds ($1.4 billion) allocated to social security programs.

On April 18, the Ministry of Social Solidarity obtained a $400 million loan from the World Bank to finance these two programs.

Kabbag said that the World Bank loan was taken out to ensure financial flows at the beginning of the program, but that most of the funding will be provided by the Ministry of Finance. This loan will help the Social Solidarity Ministry afford the feasibility studies for the Solidarity and Dignity programs.