The Turkish president’s interference in establishing a 4G network in Turkey could harm the country's prospects for future technological developments. 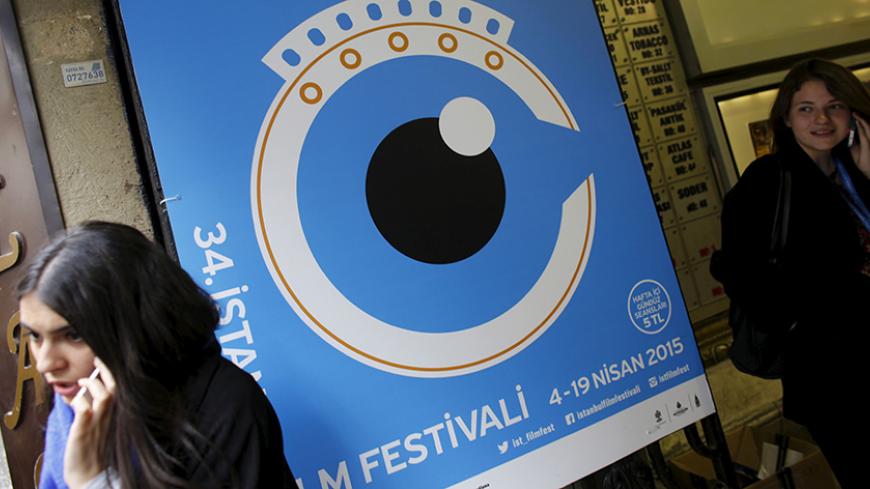 People speak on their mobile phones next to a banner at the entrance of the Atlas movie theater in Istanbul, April 14, 2015. - REUTERS/Murad Sezer

Turkey currently uses the 3G, or third-generation, mobile communications network, but last month, Turkish President Recep Tayyip Erdogan claimed that his country does not need to upgrade to the 4G system. Instead, Erdogan said, Turkey should leap forward to the more advanced 5G network in two years. The problem is, nobody knows exactly what 5G would entail — the technology does not exist.

Turkey is already late to the 4G party. The newest mobile Internet communications system has been spreading around the world since 2008. If all goes according to plan, Turkey’s Information and Communications Technologies Authority will distribute the 4G licenses to the highest bidders on Aug. 26. This date comes after the Transport and Communications Ministry announced May 15 that the 4G tenders would again be delayed by three months to spend more time on preparations. It would take at least another year before a critical mass of 4G mobile towers show up around the country. All told, Turkey would have taken nearly eight years to establish its 4G infrastructure.

One expert, a senior engineer and product manager at Turkey’s leading mobile phone company, Turkcell, talked to Al-Monitor on condition of anonymity. He said that the most optimistic estimate for 5G’s first use around the world would be 2020. “The hope is to use 5G at the Tokyo Olympics,” the expert said, adding that Erdogan’s estimate of two years “does not appear to be technically possible.” The lack of a 4G network would slow down every facet of the Turkish economy — business, industry, transportation, communication and government — and undermine Erdogan’s ambition to turn his country into one of the top 10 global economies by the next decade.

So why has Turkey waited so long to build 4G? And why does Erdogan, in all his wisdom and knowledge of a wide range of subjects, fail to see that his country would miss out on crucial technological advancements if it were to wait for 5G?

According to Fusun Sarp Nebil, one of Turkey’s leading telecommunications experts, Turkey's adoption of 4G is not the first time that Turkey has been late to adopt an innovation in telecommunications. “Turkey always follows technology belatedly,” Nebil told Al-Monitor. “It took [four years] before ADSL Internet came to Turkey,” while “3G [mobile networks] arrived nine years after it did in the rest of the world.”

Central and local governments’ cumbersome and abusive practices explain why the development of wireless and landline Internet is moving at a snail’s pace in Turkey. For Nebil, a major problem is the extremely high tax burden on consumers. The Finance Ministry recently admitted that an exorbitant 60% of what Turkish consumers pay on their mobile phone bills goes to taxes. That is, for every 40 Turkish liras ($15) of minutes and data that customers pay their mobile service providers, they pay 60 Turkish liras ($23) to the Turkish government. (By comparison, US customers pay about 17% in federal, state and local taxes.)

The situation is not much better at the local level. Many towns, such as the metropolitan municipality of Istanbul, Turkey’s largest city and commercial center, demand astronomical fees from Internet service providers that seek to build new fiber optic infrastructure. Because the administration of Mayor Kadir Topbas demands exorbitant fees for permits, laying down new fiber optic cables in Istanbul has ground to a halt and Internet users in the city are denied better services.

4G, then, may look like the latest casualty in a long list of victims to the Turkish state’s lack of foresight. However, the country’s Byzantine politics — with Erdogan and a coterie of ministers and bureaucrats competing for his attention — tell an even more interesting story.

Several reports in the Turkish press have pointed out that the Information and Communications Technologies Authority's decision to hold the 4G tender on Aug. 26 is a political gambit by Lutfi Elvan, the current minister of transportation, maritime affairs and communications. Elvan took on the position in December 2013 from Erdogan’s erstwhile friend and ally, Binali Yildirim. For several years, under Yildirim’s aegis, the Ministry of Transportation, Maritime Affairs and Communications and the Undersecretariat for Defense Industries had worked on the so-called ULAK system, which would form the backbone of Turkey’s prospective 4G network. When implemented, ULAK would provide Turkey with indigenous software and hardware. The system, which is expected to debut in November 2015, even promises the possibility of export to international markets. Thus, goes the theory, rather than act as a caretaker to Yildirim’s brainchild, Elvan wanted to impress telecom investors by appearing to move things along. Furthermore, the 4G tender could bring as much as $3 billion into the state coffers — no chunk of change given the Justice and Development Party government’s profligate spending to win the upcoming elections.

Elvan’s move, however, has run into opposition. Orhan Oge, deputy undersecretary for defense industries, has spoken out against holding the 4G tender on Aug. 26. Oge’s main concern is that holding the tender before the end of the year would deny a chance for the ULAK system to make its mark on the market, not to mention future exports. According to Ozgur Cetin, a technology reporter for Al Jazeera, using indigenous technology could save Turkey $5 billion in the short term. In later years, ULAK’s cumulative economic value could reach $50 billion — almost the same amount as Turkey’s annual current account deficit.

Erdogan probably wants to end the bureaucratic infighting within his government over the 4G system. But it is clear that his idea to skip 4G for a quantum leap to the 5G network is unrealistic. By investing in local know-how, Turkey could reap immense financial and technological benefits from the 4G system and prepare itself for the eventual expansion of the 5G network. As things stand, Turkish and international companies are disheartened from the uncertainties surrounding the tender, which could affect those plans.