Turkey would have suffered heavy economic consequences if it was left out of the Transatlantic Trade and Investment Partnership, the world’s largest free trade zone. 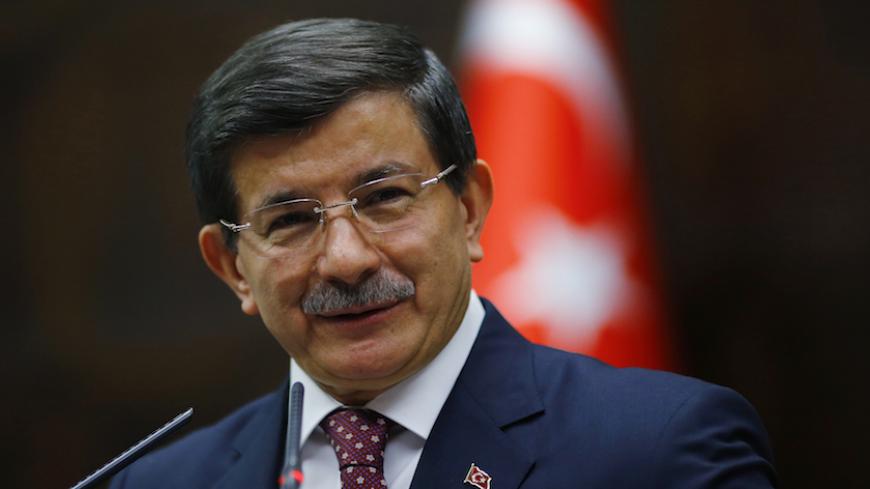 Turkey has won its customs union struggle with the European Union, which decided not to exclude Turkey from the Transatlantic Trade and Investment Partnership (TTIP) it's about to conclude with the United States. The customs union agreement between the EU and Turkey is scheduled to be signed May 11.

Prime Minister Ahmet Davutoglu announced the development in his address to the General Assembly of the Union of Chambers and Bourses of Turkey on May 2. Davutoglu emphasized that henceforth there will be no infringement of Turkey’s rights in future EU free trade agreements.

Turkey was excluded from the TTIP negotiations that began between the United States and the EU in 2013 because it was not an EU member. The risk of being kept out of the planned accord that would provide economic integration with the world’s largest free trade market of 800 million people brought Turkey to the verge of leaving the customs union.

The TTIP will remove all customs barriers between the United States and the EU. But as Turkey had already made a customs union agreement with the EU in 1996, the TTIP would have burdened Turkey with a tremendous disadvantage. Once the TTIP went into effect, Turkey would not impose a customs duty on imports from the United States, but the United States would continue such fees on imports from Turkey, costing Turkey considerable tax revenue. Moreover, its industry would be threatened by duty free imports; industries would shut down, production would decline and unemployment and the deficit would rise.

This scenario has been a nightmare for Turkey for several years. Turkey had two options: Either to reach a separate free trade agreement with the United States, or be included in the TTIP by persuading the EU to let it join.

What would have happened if neither of those options had worked out? The answer came in 2013 from Economy Minister Zafer Caglayan, who said, “We can leave the customs union.” This was the first time a Turkish official had voiced the possibility.

When no progress was achieved in negotiations with the EU, Minister for EU Affairs Volkan Bozkir said Nov. 11, 2014, that the customs union agreement could be suspended and that this option did not constitute blackmail.

Last year, Economy Minister Nihat Zeybekci expressed his position, saying: “The TTIP is a negotiation for full economic and political integration. If it is implemented, it will mean redrawing the world economic map. We cannot tolerate this. We can’t live with its ramifications. The customs union will become impossible to sustain.”

While the government was studying various options, including terminating the customs union, Turkey's Central Bank listed the effects the TTIP would have on Turkey:

These predictions gravely worried Turkey. The latest to voice Turkey’s concern was Minister of Customs and Trade Nurettin Canikli, who said: “The TTIP is an agreement that will have very serious implications. We can’t accept it. Turkey’s economy cannot tolerate it. There are two options: Either we will have a say in the agreement and negotiations, or we must be allowed equitable share of its results. If this is not done, it is simply impossible for us to accept it. In that case, we will be left with one option: to give up the customs union. The EU knows the damages this agreement will inflict on Turkey. If it persists, it would mean that the EU want us to give up the customs union.”

The picture was clear. If Turkey were kept out of the agreement, its economy would sustain heavy damages. Negotiations with the EU continued and after a tense two years, two months ago, a promising statement came from Economy Minister Nihat Zeybekci, who said, “We are approaching a point when Turkey’s views on the customs union are being accepted. We will conclude this negotiation process when a new format of customs union emerges. A formula was developed to include Turkey in the TTIP by the middle of 2016. At this point, updating the customs union commensurate with the conditions of the day has become a necessity.”

The accord with the EU will signify that the EU has agreed to update the customs union as requested by Turkey. Negotiations between the EU and Turkey on revising the customs union will commence at the beginning of 2016. These negotiations are expected to be finalized in six months, before the TTIP goes into effect.

The free trade agreements that Algeria, Mexico and South Africa signed with the EU will now cover Turkey. Other advantages will include removing the quotas imposed on Turkish trucks. The agreement will not only address Turkey’s demands, but also cover EU demands such as expanding customs union coverage to the service and agricultural sectors, the trading of used goods, the medicine trade and allow Turkey to minimize its protective measures against imports.

The updating of the customs union is an important development that night help Turkey overcome the economic bottlenecks it is experiencing with declining growth and exports and increasing unemployment, and may well reinforce Turkey’s motivation to join the EU.