What's behind Taliban's trip to Tehran?

A visit to Tehran by a Taliban delegation has sparked wild speculation, especially since administration officials were unable to confirm the event. 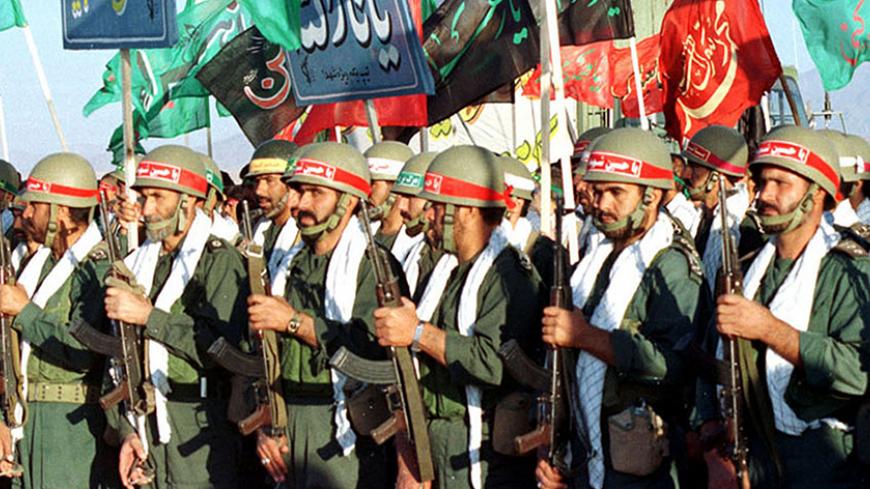 The Islamic Revolutionary Guard Corps line up while participating in military maneuvers held near the Afghanistan border, file photo from Sept. 2, 1998. - REUTERS/archive

On May 19, the Tasnim News Agency, which has ties to the Islamic Revolutionary Guard Corps (IRGC), was the first to break the story: “A political delegation of the Taliban led by Tayyeb Agha has traveled to Tehran and held talks with certain Iranian security and military officials. They had also previously visited Iran during the Islamic Awakening Conference.”

In Iran and Afghanistan, media outlets quickly reported this news, which generated curious reactions. The Ministry of Foreign Affairs spokeswoman, Marzieh Afkham, said, “I am not aware of any such visit. We should follow up on this and find out which sources have published this news and based on what information.” The government spokesman, Mohammad-Bagher Nobakht, stated, “I am not aware of any such visit. It does not make any sense, and in any case I do not confirm that this visit has taken place.”

Meanwhile, Taliban spokesman Zabiullah Mujahid published a statement on the group's website confirming the visit, stating, “This visit was among the many visits that the delegation of the Islamic emirate has made with the aim of discussing various issues as well as forming, expanding and strengthening mutual relations with different countries.” Mohammed Ismail Qasimyar, a member of the International Relations Committee of the Afghanistan High Peace Council, also confirmed the visit, telling the Shargh newspaper, “A delegation of seven or eight people from the political office of the Taliban, which is located in Doha, Qatar, have traveled to Tehran and have had meetings with Iranian officials.” Qasimyar also said the visit touched on Islamic world affairs and the issue of Afghan refugees in Iran, but he emphasized that the topic of the refugees should be addressed with the government of Afghanistan, not the Taliban.

Nozar Shafie, a member of the National Security and Foreign Policy Commission of the Iranian parliament, acknowledged that the visit had taken place, stating, “The Taliban has influence and credit with the groups that are responsible for instability and chaos in the region. Therefore, they can play a role in managing the current regional developments and solving regional problems. This might be the reason why Iran has taken them into consideration.”

Give these statements, it appears that high-ranking Taliban officials did indeed travel to Iran and while there held meetings with Iranian security officials. What, however, might be the reason behind Iran and the Taliban developing diplomatic relations?

The two have been enemies since the 1990s, when the Taliban was formed. In 1998, Iran had been on the verge of attacking Afghanistan after nine of its diplomats were killed there by Taliban forces. In 2001, in the wake of 9/11, Iran provided logistical and intelligence support to the United States during the international coalition's military campaign targeting the Taliban, al-Qaeda's ally, in Afghanistan.

In a conversation with Al-Monitor, Taliban spokesman Mujahid talked about the foreign policy of the neo-Taliban. He said, “Strengthening good relations with other Muslim countries, especially our neighbors, is very important. Back then, because of certain problems, we were not able to improve our relations with our neighbors. What we have learned is that we should have had relations with other countries so that we could communicate our thoughts and reasons to them in order to battle the negative propaganda against us.” It is clear that the new leaders of the Taliban, unlike former heads, do not believe in antagonizing countries and instead intend to engage in active diplomacy.

The emergence of the Islamic State (IS) in northern Afghanistan and a series of suicide attacks has created a new challenge for both Iran and the Taliban. At the moment, Tehran is threatened by IS from the east and west. The Taliban also views IS as an alternative to itself on the Afghan war scene. Thus, Iran and the Taliban have two common enemies: the United States and IS.

In addition to this, Pakistani Prime Minister Nawaz Sharif’s May visit to Afghanistan, accompanied by his army chief, served as a warning to the Taliban that they can no longer rely on Islamabad for aid and comfort. Iran and Pakistan have had troubled relations during the past decade because of terrorist activities in the Baluchistan region of both countries. Therefore, there is room for these three parties to exploit or at least leverage their relationships with one another in the pursuit of extracting concessions.

For whatever reason the Taliban delegation traveled to Tehran, it seems that not all of Tehran was on board with the trip. As noted, President Hassan Rouhani's administration claims to have no information about whether such a visit actually took place, while an Iranian news agency with close ties to the IRGC claims that the visit was indeed a reality. This could mean that security and military officials have decided, contrary to the administration's official policy, to negotiate with an opposition group in Afghanistan.

The outcome of this event could affect Tehran-Kabul relations and also cast a shadow over the nuclear negotiations between Iran and the five members of the UN Security Council plus Germany (P5+1). The Iranian government needs the nuclear agreement more than ever, so it also must keep tensions low with the P5+1. On the other hand, IRGC officials oppose the negotiations and are trying to raise obstacles. A visit from the Taliban just might be an obstacle meant to prevent Rouhani’s administration from moving forward with its regional and international policies.