On the backdrop of the recent exposure of several serious alleged corruption affairs, former minister Michael Eitan argues that social networks and technology are changing public norms and pressuring elected officials to respect the rule of law. 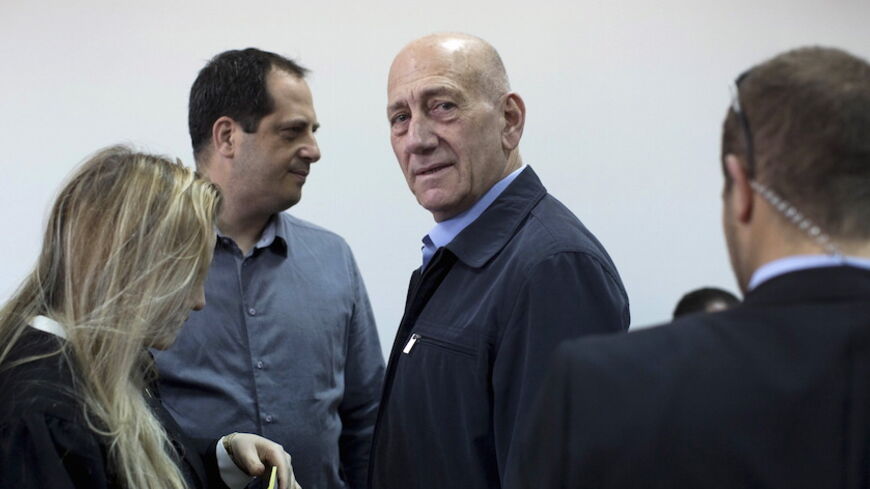 Celebrated attorney Ronel Fisher was remanded for the second time in late April in connection with an alleged bribery case involving police officers. The latter are suspected of leaking inside information on cases under investigation in exchange for a payoff. Fisher had first been detained in July 2014, but was subsequently released to house arrest, and the investigation has been stalled until recently. This time, the investigation that led to his arrest was far more dramatic. The police managed to decode encrypted information stored on his cell phone. It turned out that Fisher and retired police officer Eran Malka allegedly used to exchange encoded information using an application developed especially for this purpose. Cracking it, the investigators discovered the two's methods: Malka seems to have passed on to Fisher highly classified information from police investigations, while the lawyer collected bribe money on his behalf from the suspects under interrogation.

The exposure has brought to light one of the most serious public corruption cases in Israel, allegedly involving former Tel Aviv District Prosecutor Ruth David, senior police officers and a top lawyer. That is to say, top-ranking law enforcement officials have been implicated in alleged systematic corruption, and the evidence pointing to their involvement is steadily accumulating.

In addition to the David-Fisher case, other serious government corruption scandals were uncovered in Israel over the last year. The most prominent was the Yisrael Beitenu affair involving former Deputy Minister of Internal Affairs Faina Kirshenbaum. Kirshenbaum is suspected of heading a fraudulent public funds-transfer system. Other senior party figures have been detained for alleged involvement in the case, which is still under investigation. The exposure of the case has caused huge political damage to the party of former Foreign Minister Avigdor Liberman, who emerged from the recent March 17 parliamentary elections with a mere six Knesset seats — about half the number his party had in the previous Knesset. In this case, too, the police figured out the method allegedly employed by Kirshenbaum from recordings and information obtained through advanced technological means.

In the same way, it was tape recordings that implicated former Prime Minister Ehud Olmert in a series of other scandals. In July 2012, Olmert was acquitted in what has come to be known as the Talansky cash envelopes affair. At the time, the Jerusalem District Court cleared Olmert of charges of unlawfully accepting cash-filled envelopes from US supporter and businessman Morris "Moshe" Talansky, arguing that it had not been established that the funds were used for personal purposes. However, about a year ago, following the signing of a state's evidence agreement with Olmert's former confidante Shula Zaken, who handed in incriminating recordings that led to the reopening of the case, a guilty verdict and an eight-month prison sentence was imposed May 25 on the former prime minister.

On the face of it, it looks as if government corruption is sweeping the country and becoming the norm throughout the Israeli establishment. Yet the exposure of these corruption cases — quite often made possible by the technological revolution that has increased transparency — heralds a new era of cleaner politics and more honorable government practices.

Michael Eitan, a former minister, was one of the first members of the Israeli Knesset to embrace the technological revolution and leverage it to increase government transparency. He believes that the deterrence provided by new technology make public officials think twice and adopt more stringent standards. Eitan, a Likud member, has made a name for himself as a whistleblower. He is known for triggering an investigation into Prime Minister Ehud Barak during the 1999 elections, when Barak ran for the premiership and was subsequently elected. Current Zionist Camp leader Isaac Herzog chose to keep silent at the time.

In the 1990s, Eitan discovered the power of technology and its potential contribution to government transparency, and went on to serve as the minister overseeing the improvement of government services.

In an interview with Al-Monitor, Eitan argues that the information revolution is directly related to the exposure of corruption cases, and adds that its impact does not stop there, saying, "There is more sensitivity today to actions and practices that were not considered illegal in the past, and it isn't thanks to legislation, but rather due to pressure from below, through the social networks. It [the information revolution] makes it possible for any citizen who sees a minister parking his car in a disabled parking place to take a picture, upload it to Facebook, make the post go viral and unmask the minister's disgraceful behavior."

Al-Monitor:  How deep is the change? Does it really make for cleaner politics?

Eitan:  It changes the relationship between the individual citizen and the administration. Of course, publicity is one way of fighting corruption. In an era when publicity is not limited to the mainstream media, more and more inappropriate actions and practices are readily exposed. In general, exposure promotes a cleaner government, and it gets better and better as the media becomes more influential.

At the same time, another great thing has happened. The social networks influence the public discourse, and consequently the norms throughout the government, including the judicial system. The public responds, the public gets organized and it harshly judges its elected representatives with regard to their adherence to the norms. It has an effect on all the systems.

Al-Monitor:  In the current situation you describe, could the Barak affair — which you exposed following the 1999 elections, when Barak and his advisers were suspected of unacceptable and unlawful fundraising practices — have come to an end so silently today, the way it did then?

Eitan:  I have no doubt that it would have ended differently. The case would not have been closed just like that. Today, it would not have ended that way. Public pressure is stronger, and the truth behind the affair would have been exposed in real time. A social media protest would have perhaps been launched. A lot of things in the case of the Barak affair were not exposed at the right time. I believe that the state attorney's office blocked it at the time.

Or take, for instance, my vote in the government against the appointment of Yoav Galant as [the Israel Defense Forces] Chief of General Staff [over allegations of land appropriation in his residence construction]. I was the only minister who voted against it, and it was my objection that thwarted the nomination, although it had already been approved by all the relevant echelons. I believe that the public response and its involvement through the new media channels created the atmosphere that led to his disqualification as chief of general staff.

Al-Monitor:  What do you expect in the future?

Eitan:  In the 1990s, I realized the power technology held, and at present I am promoting the discourse on open government, where the information era is used as a tool for enhancing democracy. Technology will enhance democratic governance through accessibility to information and freedom of information, public participation in government activities and exchange of views and ideas. And it all generates an environment of accountability. The public is given an opportunity to evaluate the government performance, while technology is bound to further empower the citizens.