The struggle to hold a coed marathon in Tira exposed the clash in Arab Israeli society between increasing liberalization and traditional religiosity. 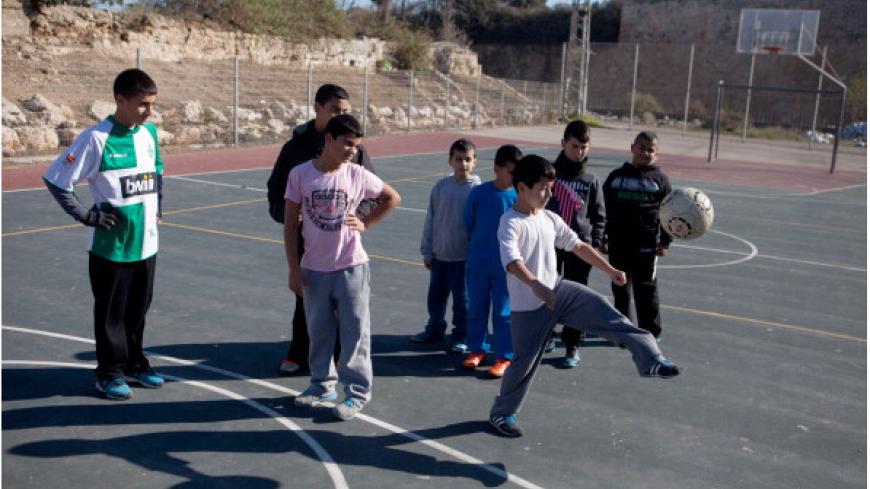 In mid-May, Hanin Radi, a runner and a mother of four from the Arab Israeli town of Tira, had her lifelong dream of holding a coed marathon in her town shattered. The race was called off after unidentified persons fired shots at her car, conveying a clear message to her and the group of runners she had organized: Women running in shorts through the streets of an Arab town are crossing the line for the conservative religious population.

It exposed the chasm in Arab Israeli society. While there is a process of liberalization, mainly among young Arab adults who express an ardent desire to live their life as they would in any other Western country or a liberal Arab state, there's also a growing traditional religiosity among large segments of the Arab community.

“I’ve participated in many marathons in Israel and abroad, and I have yet to see an Arab woman who truly participates in a run, other than short distances,” Radi said. “I proposed to women to run together. I started with my daughter’s girlfriends. I also went to other schools. Before long the group numbered some 80 women from all age groups. There were many others who wanted to sign up, but there was no more room. We would go into the soccer pitch to run, yet people didn’t accept it. They always used something against me. They sent a letter to the mayor saying I wasn’t a professional trainer. So I went to Tel Aviv University to study physical education so that they would have nothing to say. We started competing in [the Jewish Israeli cities of] Tel Aviv, Tiberias and Kfar Sava. Then I decided to hold our first marathon in Tira, for both men and women. Two days before the race, I got a call from the deputy mayor who told me that the race couldn’t take place. I asked him why, and he said that some of the clergymen were complaining that we were going to let girls run in tights and shirts and that it was a coed run. They suggested that only men could race. I turned it down. Then they suggested that the women run in long-sleeve shirts, and I said absolutely not.”

Radi said it is against this backdrop of tension that the police asked her to postpone the marathon to allow the force to prepare. “I tried setting a new date, but I saw that the municipality was being evasive,” she said. “And then one day, in the middle of the negotiations, at 1 a.m., unidentified persons fired shots at my car. I was scared. First I said to myself, ‘Hanin, you need to go on with the girls. You can’t let them down.’ But then I saw how my own kids were scared. I can’t sleep at night. It’s hard. My dream was to train a group of women across the Arab sector. Now I’m working out in Kfar Sava, where I see coed groups — men and women running, smiling, talking. That’s the way it should be.”

After the marathon was called off following the threats to Radi’s life, Arab women in Tira, Taybeh and in other Arab communities demonstrated against discrimination toward women. Knesset member Ayman Odeh, chairman of the Joint List, the predominantly Arab unified list, went to Radi’s home to show solidarity with her. Another member of the Joint List, Knesset member Haneen Zoabi from the Balad faction, wrote on her Facebook page, “Those people from Tira should be denounced. Those who think that sport is heresy or is prohibited due to religious reasons should stay away from it. If they cross the line and attack others, we, as a society, should deal with them and not wait for the police.” Zoabi’s post elicited a barrage of obscenities and condemnations, and photos of her covered in blood were disseminated across social media.

“This is a struggle of men and women over public space,” said Naila Awwad of the Women Against Violence Organization. “This is not only Hanin Radi’s story. It has to do with the power of the fundamentalist movements that want to prevent women and men from living their life as they see fit. This was the reason why the run in Tira was called off, and this is why Amal Murkus was not allowed to sing in Kafr Qara, simply because she is a woman. In Tamra, the play 'Watar Ala Watan' [Homeland on a String] could not be staged because some claimed that it debased the clergy. This is not a struggle of feminist women. This should be the struggle of the political movements that espouse equality and democracy and how they should react to oppression and violence. In Radi’s case, we saw that she was supported by the members of the Joint List, who even took part in a rally that was organized. But that alone won’t cut it. You need to come out strongly against such phenomena. It behooves us to fight against any form of oppression and not just make do with condemnation.”

Ghaida Rinawi-Zoabi, who heads Injaz, a volunteer organization committed to greater involvement by the Arab Israeli population in local authorities and its betterment, thinks that Arab society is in a transition period, between traditional reality and modernity. “Similarly to all other transition periods, there’s a great deal of chaos in this process,” she said. “When you look at a place like Tira, you can see in one family group traditional, observant people, but also secular people or much more liberal ones. In terms of the social fabric, this is the situation in the majority of families.”

In Rinawi-Zoabi's opinion, the process that Arab society is undergoing does not necessarily have to do with its integration into Jewish society. “Such integration could take place at the workplace or at university,” she said, “but today most Arabs are employed in Arab towns. Unfortunately, we haven’t broken into the employment circles of Tel Aviv. But it is the Internet and television that have the most influence in terms of openness and a new model of modernity. What most of the public sees is how other Arabs live in Dubai, for example. Their glass ceiling isn’t Tel Aviv’s affluent neighborhoods, but the Emirates, Qatar or Beirut. This enhances the conflict within the family whose impact and consequence we are now seeing.” ​