The latest developments relating to the Entebbe Agreement underscore the disputes surrounding the controversial pact, such as its importance in terms of guaranteeing Egypt’s right to the Nile water and its impact on international relations. 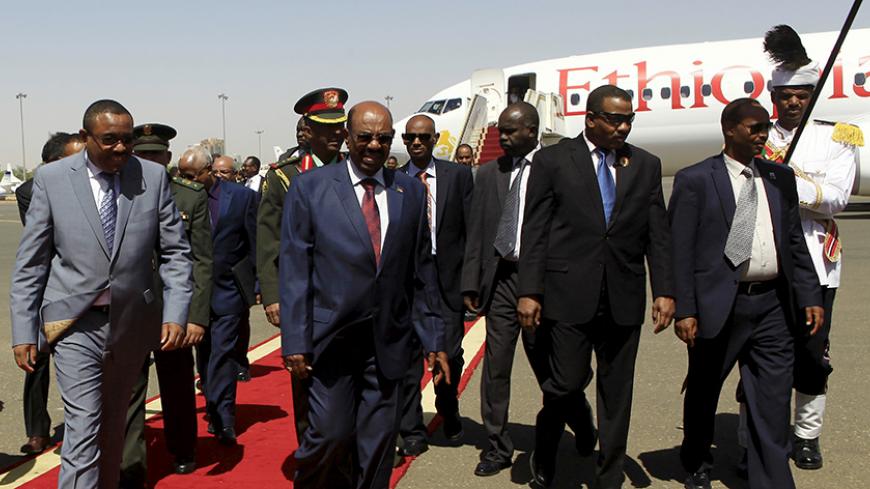 CAIRO — June 4 is the scheduled date for the Nile Basin Water Ministers meeting in Arusha, Tanzania, which Egyptians view as Cairo’s last chance to reopen negotiations with Nile basin countries concerning contentious issues relating to the new Entebbe Agreement before its ratification and final implementation. The agreement provides for the establishment of a commission tasked with managing usufruct of the Nile water. The agreement’s entry into force remains dependent upon its ratification by six parliaments of Nile Basin Initiative (NBI) member states.

Contentious issues include the distribution of Nile water between downstream Egypt and Sudan. Moreover, the mechanisms used for taking decisions are also causing disputes. Egypt insists that decisions be taken unanimously rather than by majority — as upstream countries outnumber downstream countries and thus have an advantage. The third disputed clause is related to the prior notification of projects. Cairo and Sudan insist on including an obligation to notify them of any project before it starts to ensure that their interests are not harmed.

After 10 years of negotiations, the Entebbe Agreement was signed in 2010 by six Nile Basin countries: Ethiopia, Kenya, Rwanda, Tanzania, Uganda and Burundi. It was, however, rejected by Egypt and Sudan, due to its provisions allowing the reallocation of Nile water quotas, and the agreement’s disregard of the 1959 agreement that had granted Cairo an annual quota of 55.5 billion cubic meters and Sudan an annual quota of 18.5 billion cubic meters. Congo also refused to sign the agreement.

Egypt has been in conflict with Ethiopia over the latter’s Renaissance Dam project. Ethiopia wants to construct a dam to generate electric power along the Blue Nile, which has raised serious concerns in Egypt, due to its high storage volume — up to 74 billion cubic meters of water — which threatens Egypt with years of potential drought as the dam's reservoir is filled.

Egyptian President Abdel Fattah al-Sisi’s administration is hoping that gains made with Ethiopia recently at the signing of a joint agreement in April that addresses the Renaissance Dam dispute would be positively reflected in dealing with the contentious items of the Entebbe Agreement: The Minister of Water Resources and Irrigation, Hussam Maghazi, told Al-Monitor, “We have demonstrated good faith by entering into an agreement in principle with Ethiopia, proving that Egypt does not stand against the development of the Nile basin, but is merely protecting its people’s right to Nile waters.”

These developments came at a time when 68% of Egyptians thought that their government would succeed in convincing Basin countries of the need to amend the agreement, while 30% ruled out the possibility, according to an opinion poll conducted in February by the Youm7 website.

With regard to attending the Arusha meeting despite Egypt's freezing of its NBI membership in 2012, Maghazi said, “The meeting aims to re-address the Egyptian point of view. I expect that current cordial relations [between Egypt and Ethiopia] will serve to promote the realization of more positive results, if discussions pertaining to Entebbe were undertaken anew.”

Concerning the points Egypt plans to make during the meeting, Maghazi added, “We will make it clear that Egypt is keen on maintaining cooperation [with neighboring countries] with regard to the Nile Basin, but that it has a distinct point of view and justifiable concerns about the agreement in its present form, which we will re-address, and listen to the other parties’ opinions.”

Egyptian diplomacy is currently intensifying its efforts aimed at forming a lobby within the NBI, to put pressure on countries that have not acceded to the Entebbe Agreement, through mutual visits and communication at the governmental level, in order to reopen the file of contentious issues. Those efforts ultimately succeeded in winning over South Sudan — as evidenced in the change of the Sudanese stance, which backtracked on ratifying after it has showed support for the agreement. Jemma Nunu, South Sudan’s Minister of Electricity, Dams, Irrigation and Water, affirmed during her recent visit to Cairo that her country was endeavoring to bring Egypt back to the negotiating table in order to solve remaining Entebbe disputes.

Congo is also emerging as an ally to Cairo by delaying the signing of the Entebbe agreement. So is Burundi, which signed it, but delayed submitting it to its parliament for ratification. This is at a time when the remaining five signatory countries did ratify the agreement. However, under international law, the agreement must be ratified by two-thirds of Basin countries — six countries — for it to become internationally recognized.

Despite all these diplomatic efforts by Cairo in preparation for the Arusha meeting, a source familiar with the Egyptian Foreign Ministry’s committee tasked with managing the Nile Basin crisis affirmed, in an exclusive statement to Al-Monitor, that committee officials were divided as to the expected results of the meeting — whereby most of them did not expect positive results to emerge, especially considering that the organizing country, Tanzania, has already ratified the agreement in parliament. The source further postulated, “How can a country whose parliament ratified an agreement be expected to rescind it?”

The source also revealed that, in the context of his work for years on this dossier, he expected Nile headwaters countries attending the Arusha meeting to call on Egypt to sign the agreement in its present form first, and attach negotiation-engendered amendments thereto, in an addendum to the agreement; adding that “this is a proposal that Tanzania insists upon.”

With regard to the latest agreement in principle signed by Egypt, Ethiopia and Sudan in March 2015, and its potential effect on negotiations pertaining to the Entebbe Agreement, the source said, “It is in Ethiopia’s interest to show the world that it is sitting down with Egypt to negotiate, and that there are no disputes between the two countries. Such behavior is needed for it to continue receiving donor backing, whether in relation to completing the Renaissance Dam project, or other projects as well. While, in reality, all indications point to it only seeking to advance its own interests, as evidenced by dam construction continuing unabated, despite the fact that studies concerning its potential damaging effects on Egypt have yet to be concluded.”

For his part, the former minister of water resources and irrigation, Mohamed Nasruddin Allam, told Al-Monitor that Cairo should not waste any additional time in trying to convince headwaters countries to return to the negotiating table after five parliaments ratified the agreement. He added, “I prefer espousing a practical framework that governs Egypt’s dealings with the new commission, for the agreement provides for work to be conducted to re-establish Nile water and resources management, as well as reallocate quotas related thereto.”

Allam added, “There is nothing that threatens Cairo’s interests from tropical headwaters countries, as the latter’s Nile water usage is not that significant. The real danger comes from Ethiopia, which is building the Renaissance Dam, whose effects will be devastating on Egypt, in addition to making preparations for other dam projects.”

Cairo’s possible success in resubmitting the Entebbe Agreement for negotiation by Nile headwaters countries not only is the last chance to end water disputes among Nile countries, but is also a real test to assess the seriousness of the recent steps aimed at resolving its dispute with Ethiopia with regard to the Renaissance Dam.