A look at the Middle East issues Congress will be addressing the week of May 18. 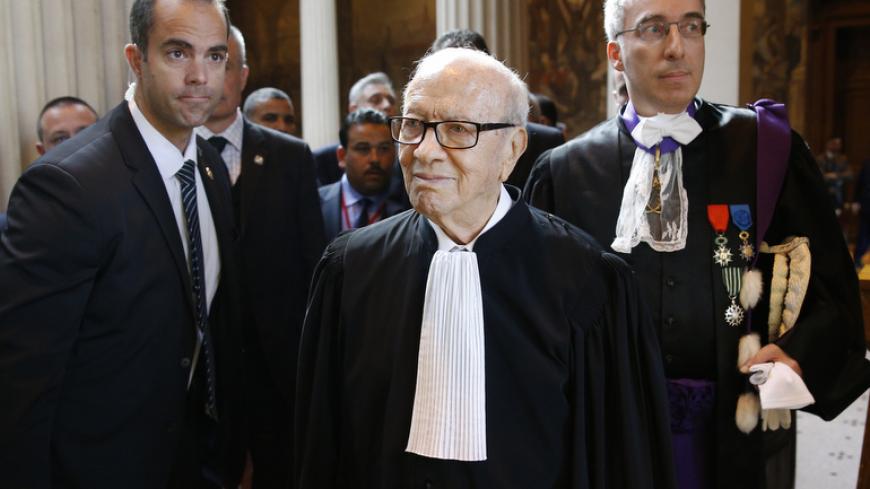 The small North African country of Tunisia will be in the spotlight this coming week as President Beji Caid Essebsi makes his first official visit to Washington since his December election.

Talks on May 21 will focus on efforts to spur economic growth and counter terrorism in a nation that the United States considers to be the Arab Spring's only clear success story. Tunisia's not in the clear yet, however, as evidenced by the deadly attack on the Bardo Museum in March and reports that thousands of young Tunisians have joined the Islamic State.

Tunisia is also taking a lead diplomatic role in the civil war in neighboring Libya. And Essebsi is also expected to press US President Barack Obama to help restart peace talks between the Israelis and Palestinians (Tunisia hosted the PLO in the 1980s).

The State Department has vowed to triple military assistance to Tunisia this year, and Congress has also taken a keen interest in the country. The House passed an amendment to its annual defense bill last week calling cooperation with Tunis a "national security priority," and the Senate Foreign Relations Committee spearheaded a letter to Obama urging him to establish a multiyear aid program for Tunisia.

In other developments, the House Foreign Affairs Committee's Middle East/North Africa panel on May 20 holds the first in a series of hearings on Egypt. Chairwoman Ileana Ros-Lehtinen, R-Fla., is a hawk on terrorism but has consistently pressed the government that replaced ousted President Mohammed Morsi on its commitment to democracy, requesting a series of reports from the Government Accountability Office along with Rep. Gerry Connolly, D-Va.

"President [Abdel Fattah al-] Sisi has a responsibility to protect his citizens from … threats in the Sinai [Peninsula] and along the border with Libya, but he also has a responsibility to improve the economy, promote a vibrant civil society and protect the human rights of all Egyptians," Ros-Lehtinen said in announcing the hearing. "This hearing will provide our members the opportunity to weigh US policy toward Cairo as Egypt struggles to balance its security concerns with its needs for democratic reforms."

In the Senate, the Foreign Relations Committee holds a hearing May 19 on "the rising tide of extremism in the Middle East." The committee will also mark up legislation May 21 to establish a fund for Americans held hostage in Iran and their families and express the Senate's concerns about anti-Semitism in Europe.

On the national security side, House Defense appropriators hold a closed markup May 20 on funding for FY 2016. The House passed its defense authorization bill May 15; it's not clear when the Senate will pass its version of the bill, which cleared the Senate Armed Services Committee this past week but has yet to be made public.

And the House Financial Services Committee's Task Force to Investigate Terrorism Financing holds a hearing May 21 on “A Dangerous Nexus: Terrorism, Crime, and Corruption"; it also issued a 15-page memo on the hearing.