A look at the Middle East issues Congress will be addressing the week of April 20. 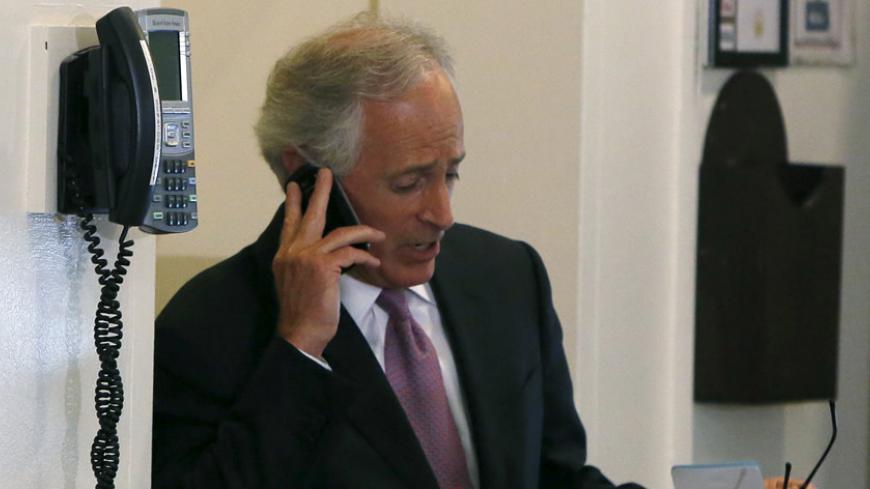 It is the House's turn to probe the Iran deal after a key Senate panel voted this week to review any final agreement.

The Foreign Affairs Committee will hold a hearing April 22 on verification of a final deal. The Senate could vote as early as this coming week on the review measure from Sen. Bob Corker, R-Tenn., with the House following soon after.

The congressional debate comes as talks resume in Vienna with the goal of reaching a final deal by the end of June. Passage of the bill by the Senate Foreign Relations Committee does not appear to have harmed the talks, with Iranian President Hassan Rouhani saying he is negotiating with the United States and other world powers, not Congress.

The committee is also scheduled to approve on April 23 a military assistance package for Jordan, which Al-Monitor first revealed in February. The legislation from Middle East Chairwoman Ileana Ros-Lehtinen, R-Fla., would speed up shipments of advanced weapons to Jordan in its fight against the Islamic State.

In the Senate, the Foreign Relations Committee holds a pair of hearings on April 21-22 on improving management of the State Department and reauthorizing its mission for FY 2016. The last time a State Department authorization bill cleared both chambers was in 2002.

On the military front, the House Armed Services Committee begins its markup of the annual Defense bill on April 22 with a markup in the subcommittee on emerging threats. And the Senate panel holds a hearing on US policies and programs to counter terrorist threats.

Finally, the House Committee on Financial Services holds a hearing on April 22 on "Global Terrorism and Terrorist Financing.” The hearing will be conducted by the panel's bipartisan Task Force to Investigate Terrorism Financing, which was created in March to "examine what, if any, changes are needed to upgrade and improve our nation’s ability to starve terrorists of the money they need to carry out their attacks.”