The annual defense bill gets a new look after backlash from Baghdad. 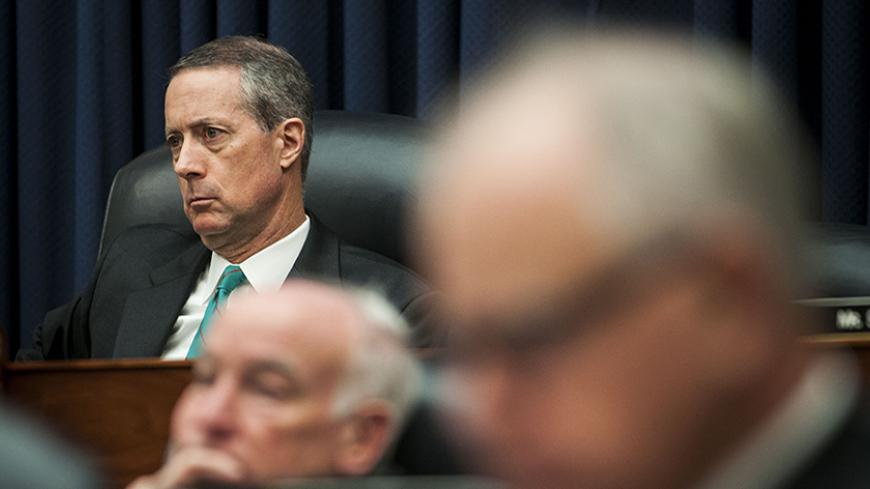 Congress is rewriting a provision to directly arm Iraqi Kurdish and Sunni militias after a backlash from Baghdad and threats to US troops.

The annual defense bill that cleared the House Armed Services Committee last month would have deemed the militias "countries" in order to make it easier for the United States to arm them directly. Criticism from Iraq and the Obama administration, however, has prompted the panel's chairman to seek to rewrite the provision as the bill prepares to hit the House floor May15.

"I filed a manager's amendment to just emphasize what I said during the markup, and that is in no way are we trying to make a comment about decisions about Iraqi sovereignty that they ought to make for themselves," Rep. Mac Thornberry, R-Texas, told reporters May 12. "The manager's amendment I have filed would clarify that we're not trying to break up Iraq or treat any of these entities as separate countries. What we're trying to do is to encourage all of these groups to come together to fight a common enemy, which is ISIS [the Islamic State]."

Thornberry's amendment would simply remove language stating that the peshmerga, Sunni tribal security forces and the yet-to-be-established Iraqi Sunni national guard "shall each be deemed to be a country" for purposes of aid eligibility. The amendment, however, retains a controversial requirement that at least 25% of $715 million in annual US military aid go straight to the three groups — a provision the Obama administration has asked be removed.

"The position of this administration has been clear and consistent in support of a unified Iraq," State Department spokeswoman Marie Harf said after the bill was first introduced. "Our policy remains that all arms transfers must be coordinated via the sovereign central government of Iraq. We believe this policy is the most effective way to support the coalition’s efforts to combat ISIL [the Islamic State] and promote our policy of a unified, federal, pluralistic and democratic state."

The administration's lobbying, however, appears to have fallen on deaf ears: No lawmakers had filed amendments to try to change the underlying policy of arming the Kurds and Sunnis directly as of the evening of May 12.

Thornberry's proposed changes come after Iraqi Prime Minister Haider Abadi's office slammed the use of the word "country," asserting on its website that the provision "will only lead to further divisions in the region." Shiite leaders also took offense, with cleric Muqtada al-Sadr threatening retaliation.

“If the time comes and the proposed bill is passed, we will have no choice but to unfreeze the military wing that deals with the American entity so that it may start targeting American interests in Iraq and outside of Iraq when possible,” Sadr said, according to the Long War Journal.

Thornberry said it was "unfortunate" that "in order to technically provide arms directly to the Kurds and the Sunni tribes, we had to write it in a way that was misleading."

"Now, of course, the purpose of this is to encourage the government of Iraq to support the Kurds and the Sunni tribes," Thornberry said, adding that that message was delivered to Abadi by members of both parties when he visited last month, but indicating that the matter may have gotten caught up in "a variety of currents of domestic Iraqi politics."

The Senate Armed Services Committee also began voting on its version of the defense bill this week, although it's not yet clear if it will contain similar provisions. Chairman John McCain, R-Ariz., has long been a champion of the Kurds.