The draft House bill carves out 25% of anti-Islamic State funding for the peshmerga and Sunni tribes. 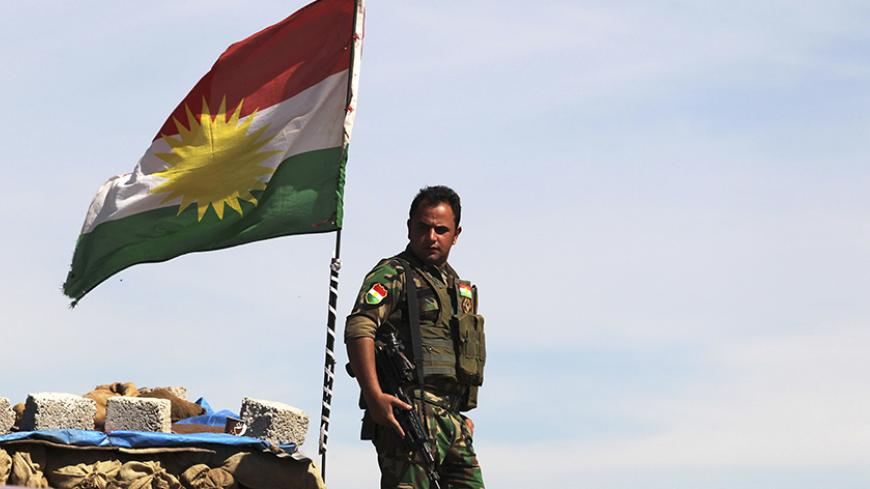 Republican war-policy writers are demanding that the United States recognize Kurdish and Sunni militias as their own “country” amid growing concerns about Iran’s influence over Baghdad.

The House Armed Services Committee on April 27 released an annual Defense bill that authorizes $715 million in aid to Iraqi forces fighting the self-proclaimed Islamic State (IS). The bill, which is scheduled to be debated and voted on in the committee on April 29, carves out at least 25% of that aid for the peshmerga, the Sunni tribal militias and a yet-to-be-established Iraqi Sunni National Guard.

The bill “would require that the Kurdish peshmerga, the Sunni tribal security forces with a national security mission, and the Iraqi Sunni National Guard be deemed a country,” according to a bill summary. Doing so “would allow these security forces to directly receive assistance from the United States.”

The Obama administration has expressed some degree of support for giving Iraqi minorities more autonomy, with Secretary of State John Kerry and the president himself applauding the idea of a National Guard. A senior administration official, however, told Al-Monitor that the Defense bill proposal goes too far.

The draft bill from Chairman Mac Thornberry, R-Texas, goes on to require the State and Defense secretaries to certify that the central government in Baghdad is giving non-Shiite minorities a greater say in how the country is run. If progress on certain conditions isn’t apparent within three months of the bill’s passage — political inclusiveness, authorization the National Guard, ending support for Shiite militias — the remaining 75% of the aid would be withheld from Baghdad and at least 60% of it would go straight to the Kurds and Sunnis.

An excerpt from the bill highlighting the "country" passage.

In addition, the bill would authorize $600 million for FY 2016 to train and equip vetted Syrian rebel groups to fight IS and another $300 million to help Jordan defend its borders with Iraq and Syria. The Senate Armed Services Committee under Chairman John McCain, R-Ariz., is expected to release its bill sometime next month.

While the bill doesn’t attempt to put new roadblocks in the Obama administration’s nuclear talks with Iran, the aid restrictions appear aimed in part at countering Tehran’s increasing influence throughout the region, which lawmakers fear will only grow if sanctions are lifted. A separate part of the Defense bill denounces Iran’s “malign military activities” and “grave threat to regional stability and the national security interests of the United States and its allies and partners.”

“Iran continues to support Hezbollah in Lebanon, the Bashar al-Assad regime in Syria, [Shiite] militias in Iraq, Hamas in Gaza, the Houthi rebels in Yemen, and other terrorist organizations and extremists globally,” the bill states.

The Iraq aid provisions follow a lobbying blitz by both the Kurdistan Regional Government and Sunni tribes demanding more autonomy. They argue that conditions have improved since the departure of sectarian Shiite Prime Minister Nouri al-Maliki, but that direct US support remains vital.

The Kurds in particular argue that the US weapons they need to combat IS are being held up in Baghdad. The chairman and top Democrat on the House Foreign Affairs Committee — Reps. Ed Royce, R-Calif., and Eliot Engel, D-N.Y. — have introduced legislation to authorize the Obama administration to arm the Kurds directly, which would violate current US law that requires the federal government to deal with Baghdad exclusively.