Al-Qaeda's usually outspoken emir, Ayman al-Zawahri, has remained uncharacteristically silent through the course of recent al-Qaeda successes, leading many to question what may come next. 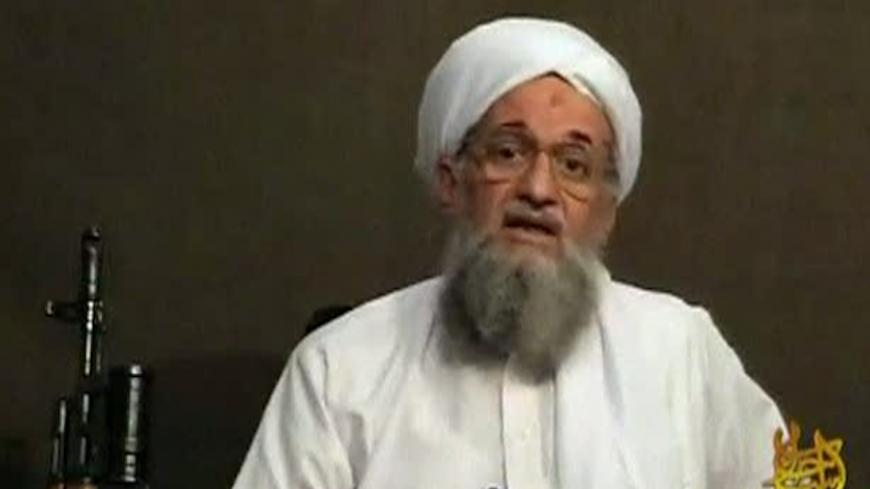 Ayman al-Zawahri, the emir of al-Qaeda since 2011, has not spoken publicly since September. This is his longest absence from the public stage since the fall of Kabul in 2001. It is likely he is biding his time for a special purpose.

The 63-year old Egyptian has been a jihadist fighter and plotter since 1981 when he was part of the conspiracy that assassinated Egyptian President Anwar Sadat. He has been a brutally tortured prisoner, a fugitive for decades wanted by dozens of intelligence services and a prolific writer of books about the global jihad. Zawahri has been a constant on al-Qaeda's al-Sahab propaganda media arm for a dozen years, through scores of taped messages.

On Sept. 4, Zawahri announced the formation of a new al-Qaeda branch, al-Qaeda in the Indian Subcontinent (AQIS). He said it had been in development for years and would seek to intensify jihadist activity in India, Pakistan, Bangladesh, Burma and the Maldives.

Within days, the new group took credit for an attempt to hijack a Chinese-built Pakistani frigate equipped with ship-to-ship missiles, named the Zulfiqar, from a naval base that houses nuclear weapons in Karachi. The plot was spearheaded by al-Qaeda-recruited Pakistani navy personnel. The goal was to use the hijacked Zulfiqar to attack US Navy and allied ships in the Arabian Sea but it was foiled before the ship left Karachi harbor. Al-Qaeda had wanted to attack a US aircraft carrier, its most audacious plot since 2006. Since then the new al-Qaeda group has taken credit for a wave of assassinations of secular opponents of jihadism in South Asia.

But Zawahri has been uncharacteristically silent. He did not comment when al-Qaeda in the Arabian Peninsula (AQAP) took credit for attacking Paris in January 2015, an attack AQAP said Zawahri had ordered. Zawahri had been calling for an attack in France for a decade, so his silence is all the more notable. It was a triumph, yet the emir said nothing.

Nor has the emir commented on developments like the wars in Iraq, Syria and Yemen, the succession in Saudi Arabia or jihadist attacks in Australia, Canada and elsewhere. In the past, such events routinely got detailed commentary from Zawahri.

Nor has he eulogized al-Qaeda's recent martyrs. The drone mission that inadvertently killed an American and Italian hostage in Pakistan in January also killed Ahmed Farouq, who was the second-in-command of AQIS. Farouq was in charge of operations in Pakistan and presumably behind the Zulfiqar plot. Zawahri would usually have issued his own eulogy for a martyr of this stature. Nor has he praised the years of jihadist service of AQAP leader Nasser bin Ali al-Ansi, who issued the claim for the "Blessed Battle of Paris" when a drone strike killed him in Yemen this month.

Zawahri is almost certainly not a martyr himself. Al-Qaeda has never failed to announce the death of its leaders, since it takes great pride in its martyrdom. Al-Qaeda has already named Zawahri's heir, AQAP leader Nasir al-Wuhayshi, so there is no succession issue.

Zawahri is biding his time for reasons unknown. He may have plots in the works even more audacious than the Zulfiqar one. He may be waiting to strike the match for some spectacular operation. Perhaps he is waiting for the demise of his nemesis, Caliph Ibrahim of the Islamic State. It is safe to conclude Zawahri has his reasons for his silence.