The Turkish ruling party’s economic and foreign policies have resulted in declining production and exports, with women emerging as the immediate victim of rising unemployment. 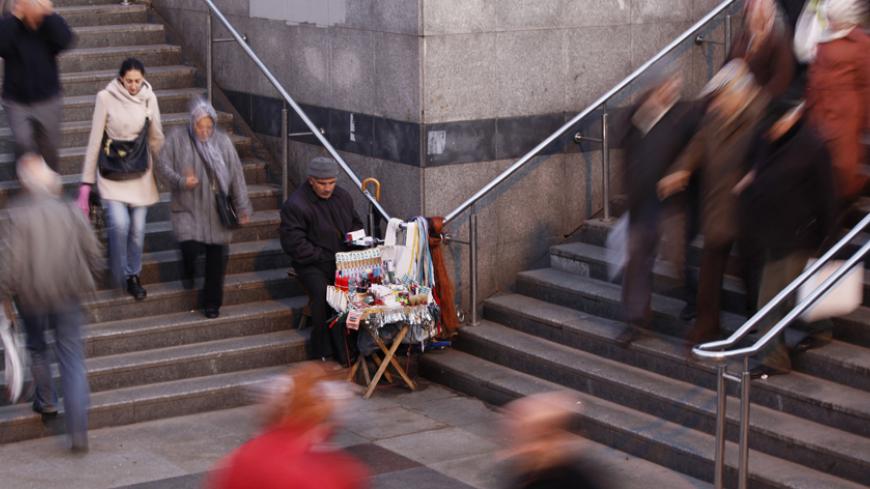 The Justice and Development Party’s (AKP) foreign policy, which started out as “zero problems with neighbors” before shifting to a neo-Ottoman ground in 2011, has come with economic repercussions. The Turkish economy today is in the grips of grave economic woes, with unemployment reaching its highest level in 57 months.

According to the figures released by the Turkish Statistics Agency (TUIK) last week, the official unemployment rate has climbed to 11.3%, with women taking the heaviest blow. The rate translates to 3,259,000 jobless people, including 2,117,000 men and 1,142,000 women.

The TUIK figures, however, ignore a crucial factor that makes unemployment look lower than it actually is: the hopeless. People who have lost hope of finding a job and stopped looking for one are not factored in. Their number has reached 2,535,000, which, added to TUIK’s official figure, brings the total number of jobless to 5,794,000.

Over the past year, employers laid off 227,000 women, which represents a higher rate proportionally compared with men who lost their jobs.

Over the past year, 228,000 out of the 18 million working men lost their jobs, compared with 227,000 out of 7.5 million working women. This means that unemployment has risen by 0.8% among men and 1.5% among women, reaching 13.1%. Turkish employers are clearly more inclined and willing to lay off women.

With millions of women already out of the labor market, the government has introduced programs encouraging women to pull out further from social and economic life or cajoling them into staying home. These programs include financial incentives for early marriages, targeting university students among others, and for women who bear at least three children.

Judging by the 21 million women who choose to stay home rather than work, one could suggest that this deliberate policy vis-a-vis women is bearing fruit to a certain degree. Additionally, university graduates represent the largest segment among jobless women and young people, which could be seen as a sign that educated women are not welcome in economic and social life. Meanwhile, women who manage to get jobs in the already strained labor market have emerged as the immediate victim of economic woes, which, unlike the claims of AKP officials and mouthpieces, are on the rise in many realms.

TUIK’s figures confirm that the AKP, after nearly 13 years in power, has brought the Turkish economy to the verge of a crisis, as President Recep Tayyip Erdogan himself recently acknowledged. Though Erdogan spoke of a "temporary crisis," the indicators appear to signal a deep and durable downturn.

When the AKP came to power in 2002, the unemployment rate stood at 10.8% as Turkey still reeled from a grave economic crisis in 2001. Today’s rate of 11.3% has surpassed even that post-crisis figure.

A combination of factors have contributed to the current state of the economy, including internal political tensions, heavy political pressure on autonomous economic bodies, mostly by Erdogan, and Ankara’s foreign policy. As a result of the government’s foreign policy choices, especially vis-a-vis Egypt, Syria, Israel, Iraq and Libya, Turkey has seen its main trade routes blocked, with exports to many markets grinding to a halt.

The latest foreign trade statistics, issued March 31, revealed a continuing downward trend, with exports decreasing another 6%. In a telling example, Iraq, which had long been the largest importer of Turkish goods, was down to fourth place on the list.

On April 19, Kemal Kilicdaroglu, head of the main opposition Republican People’s Party (CHP), unveiled his party’s platform for the June 7 general elections, stressing that 17 million Turks had come to qualify as “poor” under the 13-year AKP rule, living on less than 200 Turkish lira ($76) per month. He underscored that the wealth of the richest 1% amounted to 54% of Turkey’s national income in 2014, up from 39% in 2002 when the AKP came to power.

In times of rising unemployment, both the number of people facing debt litigation and the amount of debts increase. Delinquent credit card debts, for instance, stand at 5.8 billion Turkish lira today, a 25-fold increase from 222 million Turkish lira in 2002.

Amid flawed foreign policies and domestic political tensions, Turkey’s industrial and agricultural output has declined, curbing exports. This, in turn, has fueled unemployment. Political tensions and global trends have led also to a sharp depreciation in the Turkish currency, which has slid 21% against the dollar over the past six months. This means higher energy costs and therefore a higher inflation for a country that relies heavily on foreign oil and gas supplies.

The nose-diving lira has amplified the risk and anticipation of crisis, given that Turkey’s banks and private sector have accumulated a considerable debt stock in foreign currency. Under these circumstances, layoffs have become the easiest way of cost-cutting, bringing the official jobless rate to a five-year high of 11.3%.

Economic growth slowed down to 2.9% at the end of 2014, compared with 6.9% in 2002. With the economy contracting some 50%, employment opportunities are decreasing, swelling the army of jobless. Women and young people stand out as the primary victim of the AKP’s economic policies.