The generation growing up in the “New Turkey” has found in a Turkish Armenian rock musician the minstrel of their existential malaise. 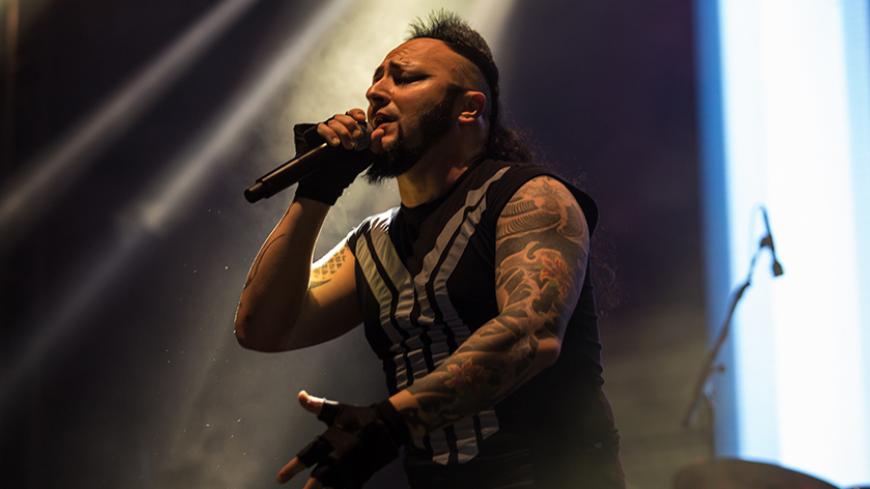 The Turkish Armenian community is in the spotlight because of the approaching anniversary of the 1915 mass killings that Turkey does not recognize as a genocide. Melih Gokcek, the controversial mayor of Ankara, made headlines when he sued a Turkish Armenian journalist for insult after he jokingly called Gokcek "Armenian." Recently, a senior adviser of the prime minister, Turkish Armenian journalist Etyen Mahcupyan, claimed that he "feels Ottoman rather than Armenian." He got a prompt reaction by arguably the most popular Turk of Armenian ancestry.

Referring to the way the president excused himself when uttering the word “Armenian,” rock musician Hayko Cepkin tweeted: “RTE [Erdogan's initials]: ‘I beg your pardon, Armenians,’ having Etyen Mahcupyan as an example. If this was the case, I take no offense.” He later explained that he usually keeps his distance from controversies, but this time he felt compelled to say something.

Cepkin is an accomplished artist, incredibly popular in Turkey but also in Germany, Britain, the Netherlands and even in Japan. Before a recent concert in Ankara, Al-Monitor interviewed him.

Al-Monitor:  Your music is considered unique in the Turkish music scene. The influence of Turkish folk music is easily recognizable. Where does your style originate from?

Cepkin:  I studied classical and church music for nine years, then Turkish music and finally classical piano. When they all mixed, this was the result.

Al-Monitor:  You have often made clear that you don’t want to be classified by your ancestry. How do you manage to avoid that?

Al-Monitor:  Did you feel “different” because of your ancestry?

Cepkin:  Back then, it didn’t really matter, because nobody would ask who you were, why your name was weird [not sounding Turkish], but now everyone asks “What are you? What are you doing? Who do you believe in? Who do you support?” I want to throw up … Identity concepts are always good excuses to create chaos. You create chaos, you create a good reason for that chaos. People get so tense that you can do whatever you want. And then you do your politics. It is basic math, it is not something incomprehensible.

Al-Monitor:  Many of your songs are about love, but they are not love songs. You sing about the frustration of being in love.

Cepkin:  I want to say something about emotions, spirituality — the spiritual world versus the material world.

In my last album, I made fun of love songs. Instead of asking “Where are you my love?” I talked to psychiatrists. I asked if lovers’ behaviors can be seen as mental disorders. They all can. They are all part of human nature, jealousy, bipolar disorder, obsessive compulsive disorder, one-night stands. They are all part of this thing called love. When you are in love you do stupid things and it’s very likely that you behave as if you have one of these disorders.

Al-Monitor:  Turkey has experienced a fast economic growth, but social unrest has also grown. Why do you think love stories so often end tragically in Turkey?

Cepkin:  Turkey has become like little America. It’s all about the economy, and when you struggle to get money you cannot even talk about love. Homes are not built for love. We think of a loan to buy a house, furniture. Moving in is not as romantic as in the movies — “Oh baby, you put paint on my nose, hahahah!” No, the reality is “Why do you waste the paint?!”

Al-Monitor:  You recently announced that you are leaving Istanbul, to settle in a small town. Has your love for the location of your home also become a disorder?

Cepkin:  I don’t like crowded places. When I come home, I want my home to be quiet. Istanbul has become a chaotic city, it’s like a construction site, and I cannot live in that chaos. I’m drained. But when I move to Selcuk I will finally be able to host my friends from Istanbul. We cannot meet in our city, because it takes hours only to cross the bridge!

Al-Monitor:  Before you were famous, you were already giving “concerts” in football stadiums, at Besiktas [Istanbul's football team] matches.

Cepkin:  Yes, for three years I played drums with Carsi [a Besiktas supporters' club] … I'm a Besiktas fanatic, I'm a member of Carsi. Carsi is a source of pride for Turkey.

Al-Monitor:  Carsi is more than a football supporters club, but some members are on trial for their part in the Gezi Park protests, accused of plotting a coup. What do you think will change for Carsi and for Besiktas supporters?

Cepkin:  They gave the best possible answer. When they learned they were to be released, they asked the judge to finish the hearing on time so they could go to the match with Liverpool. Some of the Carsi group is on trial, but there are many others. Carsi is an idea that unites.

Al-Monitor:  Do you think that your songs are successful because they are darker but depict Turkey’s reality, unlike typical love songs?

Cepkin:  Nowadays love, like other things, is consumed very fast. If you are able to describe this, how it feels wrong, the search for another way, then you have something to say in a song. My songs are a direct expression of what I am. I'm not a material person, I don’t care about cars, villas. I need human touch, I need to be in contact with people. I don’t want to live alone in a 1,000-square-meter villa. I think the key of my success is that I'm one of these people, those I talk of in my songs. Video clips, TV shows, they don’t work, you cannot pretend with that. You have to be there. And it goes on. I haven't finished saying things yet. I’m not done yet.