After decades in exile, musician finds way home to Diyarbakir

After an ill-fated love story forced oud player Yervant Bostanci to leave Diyarbakir, he has returned to his homeland and says he will never leave again. 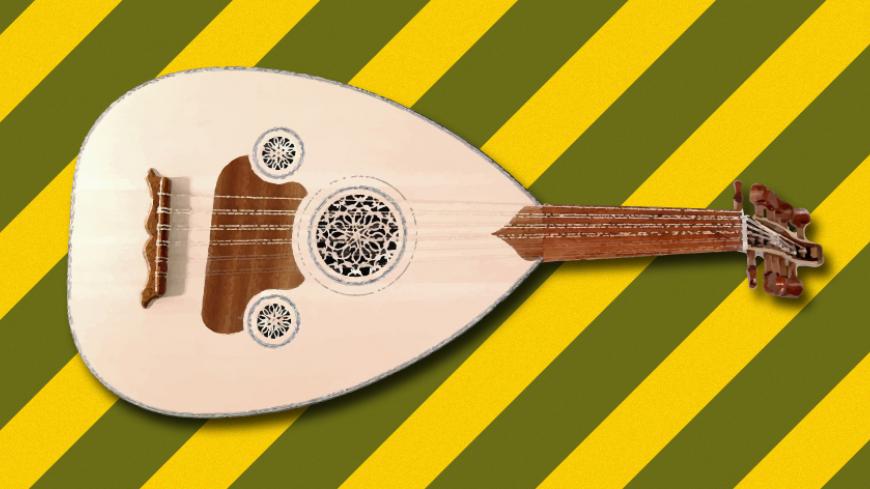 DIYARBAKIR, Turkey — Oud player Yervant Bostanci can be considered a symbol of the richly diverse and divided Diyarbakir, the historical metropolis of southeastern Anatolia. An ethnic Armenian in a predominantly Kurdish city, he left his country in the 1990s. His life was threatened when he sang in his mother tongue and he fled, only to return as an international celebrity decades later. Now, despite all the unrest in Diyarbakir, he is determined to stay in the city he first escaped, then re-embraced.

In 2004, the older attendees of the Diyarbakir Culture and Arts Festival thought that an oud player from the United States who could sing in Turkish, Kurdish and Armenian looked familiar. Upon closer inspection, he was identified as Yervant, the son of Yako, a maker of pushis, the traditional headgear of the region also known as keffiyeh. The prodigal son who had left his hometown in 1976 had returned after more than four decades. He was no longer a wedding singer but an internationally successful musician with several records to his name.

Bostanci, who agreed to tell his story to Al-Monitor, suggested that the interview take place at the historical Suluklu Han restaurant at the city center. “I grew up here. The owner was a friend of my father's,” he said.

Bostanci, born in 1955, said that music has been part of his life since he began learning how to play local instruments at the age of four. First he learned darbuka, a percussion instrument common to Turkey, Iran, Egypt and Armenia. Then he built his own baglama, one of the most common stringed instruments in Turkish folkloric music, by tying wires to sticks.

“My father was my master,” he said. “At the age of 10, I would play darbuka at weddings. I started taking lessons.” His teacher was Asik Zulfu. Asik is the term used for folk musicians in Turkey; their songs of love, faith and everyday events form an important part of the oral history and literature of Anatolia.

“Asik Zulfu had a cumbus on his shop window. Each time I touched it, I would be deeply moved by the sound it made."

He made it clear, however, that his most important influence came from his father, saying, "I took a lot of lessons from the local musicians of Diyarbakir, but my best teacher was my father.” 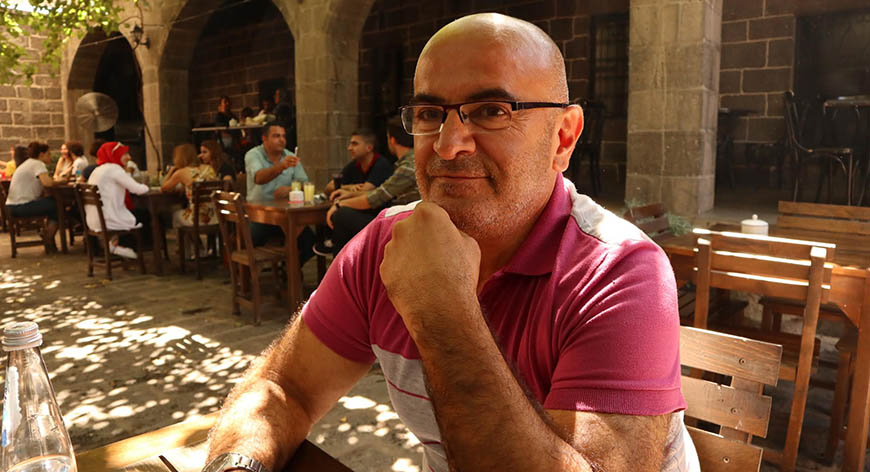 Bostanci used the tools of his father, the headgear maker, to make his own instruments: “He would use kuci in the fabrics — a thin metal wire with silk around it. I would take them and use them to make strings for my musical instruments. I would take the piece of wood and sing and play local songs the whole day, under the sky of Diyarbakir.”

But an ill-fated love story caused him to leave town with his parents and siblings: “I fell in love with a Kurdish girl. An Armenian boy and a Kurdish girl — no good would come of it. They told me that I could just convert to Islam, get circumcised and all, then marry the girl. I was not against anyone’s religion but did not want to change mine either. Nor would I ask her to change hers. We met a few times, though we did not even hold hands. We just met and declared our love. But her friends and family saw us. There was a fight. They would have killed me if my family did not take me and hide me somewhere. We escaped from Diyarbakir. We took a train in 1976 and traveled to Istanbul.”

Istanbul, the city whose roads are paved with gold, meant a new life. Bostanci started playing the oud with the Uskudar Musical Society and singing at the taverns of Istanbul. But when he sang an Armenian song in 1991, a group of spectators started swearing at him and threatened to kill him. “I was surprised because most of my repertoire was in Turkish. I sang the odd Armenian song just occasionally. Singing a Kurdish song was out of question,” he told Al-Monitor.

Faced once more with ethnic hatred, Bostanci made the difficult decision to leave Turkey. “I hardly slept that night. I was outraged. Here I was, a tax-paying citizen who devoted 20 months of his life to a full term of military service, a model citizen with no criminal record — that was me! But the fact that I could not sing in my mother tongue made me want to leave,” he said, his eyes growing misty.

He landed in the United States. He continued his musical works in Los Angeles, where he was known as Oud Player Bostanci. He carried the songs of Diyarbakir all around the world, with concerts in Germany, France, Belgium and Holland. The name of his first album, “Since you’ve been gone,” was an homage to the life he left behind. Another album was called “Diyarbakir, my land, I mourn your loss” and still another “Diyarbakir, whose walls whisper.”

Once he became a US citizen, he had even less desire to go back. “I simply thought that I would never return to the place that had driven me away,” he told Al-Monitor. This sense of exile did not change until he received an invitation from the Diyarbakir Municipality in 2004. “I made all sorts of excuses not to go back,” he said. “They had Seyhmuz Diken, a well-known Kurdish writer, call me.”

After reconnecting with his city in 2004, he started dividing his time between Turkey and the United States. “We have had good memories as well as bad ones. It was not just me but my people. We had great friends but there were also locals who hated us profoundly. Sometimes, when you took your dead to be buried, we’d be sworn at or stoned. All of this fanned my fears and although I continued to divide my time between Los Angeles, Diyarbakir and Istanbul, I could not bring myself to return to Diyarbakir for good."

In 2013, Culture Minister Omer Celik sent him several messages asking him to come back, Bostanci decided to accept the invitation and settle in Turkey for good. He held a meeting with Celik and other top ministry officials who assured him that the times had changed. Churches were being restored and Armenian songs were being sung.

At the time of his return, there was no fighting in the southeast and talks on the Kurdish issue were underway. But shortly after his return, the clashes started — right at the heart of the city, near the ancient city walls, where Bostanci was born. Neighborhoods were destroyed, including the “neighborhood of the infidels,” so called because of the large number of Armenians, Syrian Orthodox Christians and Jews who once lived there.

Although his friends started packing up, Bostanci did not. “How would I leave Diyarbakir?” he said. “My memories, my childhood, the past of my parents is here. It is right here in this Suluklu Han. It is one of the rare places that has survived. There are hardly any other places left where we can chat and have tea. When I returned in 2013, I noticed that a lot has changed. People had become more aware, happier, probably because of the peace process. When the Diyarbakir church was torn down, they tried to rebuild it. I wish the peace process had not ended.”

He said that he found himself in the middle of the war. “I saw my people running away. … I was saddened to see all this. My heart grew cold toward the city again. I wished I had not come back.”

Bostanci admitted that he missed the United States. He now sings in the Diyarbakir Choir — the first ethnic Armenian to do so. He has put down roots in Diyarbakir, married and had a son he named “Dikran” — short for Dikranagerd, the Armenian name of Diyarbakir. It was the first time the name Dikran was registered in the city in 41 years. He has also brought his mother to Diyarbakir from Istanbul.

Asked today if he would leave, he replied, “How can I? I belong here now.”

Ottoman records from the end of the 19th century show that of the 21,272 residents of the city, 7,678 were Armenians. There were 1,608 Assyrians, 974 Chaldeans and 280 Jews. It was a lively and multicultural city with various ethnic and religious groups. Its vibrancy faded as these groups left the city, leaving only a handful of Armenian and Assyrian families. Bostanci said he alone has come back for good, and he and the remaining exiles are united in sorrow for the city that once was.