Halfhearted welcome for the 'Voice of Kurdistan'

Iconic Kurdish singer Sivan Perwer returns to Turkey after 37 years in exile, but is not warmly embraced by the people who grew up with his music. 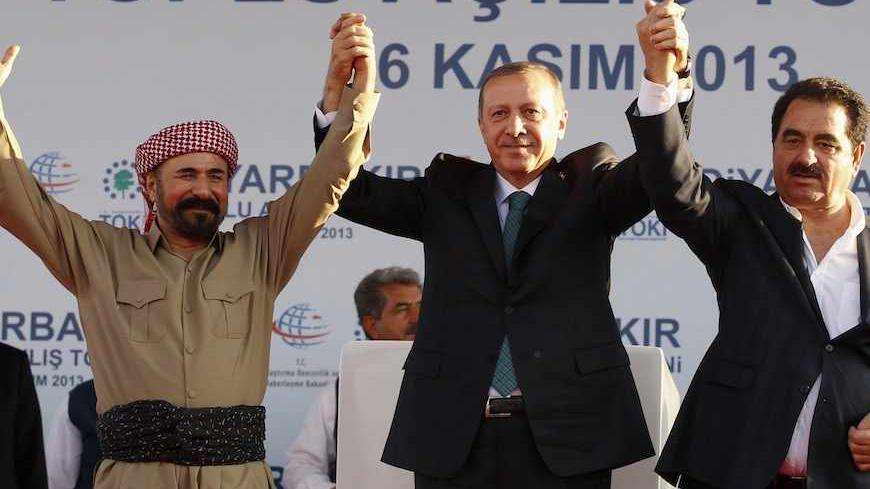 If you have been watching the news from Turkey recently, there is a good chance that you heard his voice, and that you want to hear it more.

But before you surf the net clicking on every link bearing his name, or spend more than a few bucks on his albums at online music stores, I recommend that you go to the man’s official website. There you will find his best recordings played one after another with good sound quality and no breaks in between songs.

When you first get to his homepage, you will be given the option to skip the intro. Don’t! It is there, in a mere 15 seconds, that the iconic Kurdish singer Sivan (pronounced "Shivan") Perwer presents himself to the world:

We see two or three shots of him taken in concert. We watch the drawing of a white pigeon fly away against a dark background. A map appears, showing Turkey’s southeast colored in the Kurdish flag’s green, red and yellow and labeled with the land’s proper — but officially taboo — geographical name as “Kurdistan.” The sun rises behind the mountains. His fans cheer.

There are also a few lines — four in all — by which the singer tells us who he is:

With that, the concert begins. The songs, almost all written by Perwer himself, may feel eerily familiar to even novice listeners of Kurdish music. In the region’s folklore, both grief and joy are often portrayed as the result of stubborn love or a stubborn fight and, to me, Perwer seems to have captured exactly that — the sound and rhythm of perseverance.

He believes this to be a national quality. “My music,” he said in 1991, “alleviates my nation’s pains and sharpens their rage.” Self-important for sure, but perhaps justifiably so.

Perwer was born in Turkey’s southeastern province of Urfa in 1955 as Ismail Aygun. His family belonged to the large and affluent Kurdish tribe Sheyhan and was relatively well-to-do, but he grew up in Karuk, a small village. “Among the 50 villages of that region, the only one with a school,” he would recall years later. “No mosque, no hospital, no school in most of those villages. As a child, I used to wonder why.”

His father was a dengbej, a singing storyteller in the way of the region’s traditional art that goes back to pre-Islamic times. Listening to his father and others chant legends that evoked the beauty of the Kurdish mountains, grieved their nation’s losses and ruminated over a better future, night after sleepless night, Ismail decided at an early age that music was his calling.

Later, he went to study mathematics at Ankara’s Gazi University, but he focused on writing songs. With his rare four-octave vocal range, rebellious lyrics and dedication to singing in his banned mother tongue, Ismail’s impromptu concerts on campus made him popular among the leftist students and a target of the government.

His ambitions went beyond the campus, however. He was not yet 20 when he took on his almost prophet-like stage name — Sivan means “shepherd” in Kurdish and Perwer means “protector.”

His homemade cassettes were distributed around the country and smuggled over the border, making him a household name among Kurds and causing Turkey, Iran, Iraq and Syria to impose a strict ban on his music. In 1976, faced with the threat of arrest and imprisonment, he fled to Germany.

Perwer’s almost four-decade career in exile — he mostly lived in Frankfurt and, more recently, in Erbil — not only turned him into a regional legend but also helped him grow his roots deep and strong in Turkey.

So when he returned on Nov. 16, after 37 years, to sing in Turkey’s major Kurdish city, Diyarbakir, he was a stranger to no one in this country and his national credentials were as solid as they get.

Reporting from Diyarbakir, BBC’s James Reynolds was right on the money. “The singer’s music has become a symbol of Kurdish national identity,” Reynolds wrote. “He has helped to define a people without a state.” Alexandra Di Stefano Pironti also described Perwer accurately in her article for Rudaw as “the foremost singer who for decades kept alive the Kurdish language and yearning for Kurdistan.”

Why, then, did Perwer’s long-awaited homecoming create relatively little enthusiasm among his countrymen?

Selim Temo, a well-known Kurdish poet, writer and academician, explained it in a tweet:

“Had Sivan crossed the ‘border’ on his own at least 3 million Kurds would welcome him, but because of [his] lack of political distance, he was welcomed by Head of Provincial Security in Sirnak!”

Indeed, Perwer did not come alone. He traveled in the company of Massoud Barzani, president of the Kurdistan Regional Government (KRG) in Iraqi Kurdistan, whose visit to Diyarbakir was itself a historic step in Turkish-Kurdish relations. Both Barzani and Perwer were Erdogan's guests, and they both thanked the latter for his efforts to bring peace to the country.

When Perwer took the stage, he said Turkey had now entered a new era: “It is the era of friendship, peace and democracy.”

Then, he joined another iconic Arabic-Kurdish singer from Urfa, Ibrahim Tatlises, in a duet of  “Megri, Daye Megri” (Don’t Cry, Mother, Don’t Cry).

The singer, whose songs encouraged perhaps thousands of teenagers to take up arms and fight against the Turkish state — as he himself had reportedly told fellow Al-Monitor columnist Cengiz Candar back in 2009 — was now clearly ready to sing for peace.

What is wrong with that? Why did several hundred Kurds shun Perwer and organize their own rival festival elsewhere in Diyarbakir on the day he came?

Temo’s point about “the lack of political distance” is valid. Many Kurds saw in the spectacle in Diyarbakir an effort to promote Erdogan and undermine the Kurdistan Workers Party (PKK) and its jailed leader, Abdullah Ocalan.

As much as they liked hearing from Turkey’s Foreign Minister Ahmet Davutoglu that he apologized to Perwer for the policies that had kept him away from Turkey and offered to reinstate his citizenship, they also felt Perwer was somehow co-opted by Erdogan and Barzani.

I asked Kurdish journalist Mehtap Genc — a woman who spent years in the thick of Kurdish struggle, seeing it all — to explain her halfhearted response to Perwer’s homecoming.

“When I heard he would come to an AKP [Justice and Development] event after having rejected Diyarbakir Mayor Osman Baydemir’s invitation to Newroz last year, I was upset,” Mehtap told me. “But then, when I saw him on TV, singing here in this country, tears rolled down my cheeks.”

“We grew up with his music, we learned how to feel from him. After all the pain he lived through, Sivan should have been embraced by his own people at his return. But this was clearly the wrong way to come home.”