The potential lifting of sanctions has led Congress to seek other avenues to block Tehran from funding terror. 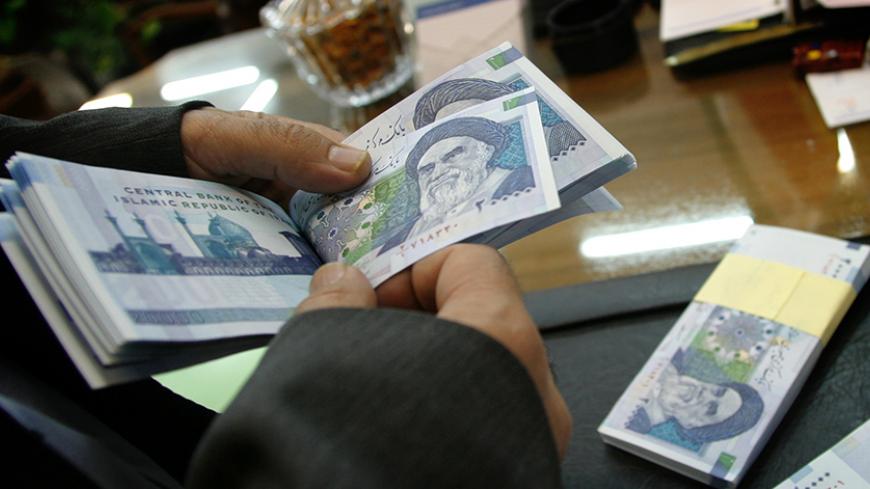 A new congressional task force on terrorism financing immediately focused its attention on Iran at its inaugural meeting on April 22.

Concerns that Tehran could gain access to $130 billion in blocked funds and use it to fund Hezbollah and other proxies dominated the hearing of the House Financial Services Committee panel, which has a broad mandate to help bankrupt the Islamic State and other terrorist organizations. Witnesses urged the panel to consider a host of measures, from blacklisting more Iranian officials to clamping down on front companies.

"What capabilities do we have … to intercept the transfer of these funds and the use of these funds that would clearly be diverted [to terrorist groups]?" asked Rep. Robert Pittenger, R-N.C., the panel's vice-chairman.

Jonathan Schanzer, of the pro-Israel Foundation for Defense of Democracies (FDD), called Iran the "terrorist central bank." He said a number of groups — Yemen's Houthi rebels, the Bashar al-Assad regime in Syria, Hezbollah, Palestinian Islamic Jihad and Hamas — are "salivating" at the prospect of sanctions being lifted as part of a nuclear deal.

Schanzer told lawmakers that Iranian officials have become adept at exploiting financial sector loopholes to fund US-designated terrorist groups and should therefore be denied access. The White House has repeatedly said that the negotiations only deal with the nuclear issue.

"The question is, can [the Department of the] Treasury, in relatively short order, begin to identify the people who will be responsible for moving that money, and to block them from the formal financial sector, to name and shame them," Schanzer said. "We already have a lot of these people identified, but there are many, many more. And so if we're going to start to remove some of this sanctions architecture that has kept Iran out of our formal financial sector, I believe we're going to need to backfill right now and really place a lot of effort on trying to identify the ways in which they may try to swarm the system with terror-finance."

Juan Zarate, a former top Treasury official who's now also with FDD, urged lawmakers to put more pressure on Iran's Islamic Revolutionary Guard Corps (IRGC), which have not been designated by the United States as a terrorist organization although its Quds Force has.

"One core question for the US government is how do we treat the Revolutionary Guard of Iran? They are designated under the UN sanctions for nuclear purposes; they're not designated for purposes of terrorism," Zarate said. "One dimension that you could consider is, what is the US government and Congress considering in terms of the Revolutionary Guard."

He said the IRGC is engaged in cyber activities against US banks.

"I think Congress has a responsibility to ensure that those kinds of activities aren't allowed to continue in the wake of a nuclear deal where we may be hamstringing ourselves to use the sanctions regime that apply to those other activities," he said.

Zarate also urged the task force to work with Treasury to establish regulations on so-called beneficial ownership, where companies aren't owned by the people in whose names they're registered. He called it a "blind spot" of the US financial system that gets exploited by sophisticated terrorism funders.

"In one respect, we've not done well in understanding where there is beneficial ownership held by criminal actors or illicit actors in our system," Zarate said. "We still don't have a regulation out that lays out what the requirements are consistently and across the board for the financial community as to what beneficial ownership and control actually means and what the requirements are for those institutions."

"I think you should be asking tough questions to the Treasury," he said. "Things like where are investments going in the US, how are bank accounts being used, who's opening corporations in the US and using those corporations as fronts?"

Overall, however, the witnesses told the task force that the global financial sector has pretty sophisticated controls in place. A bigger threat, especially when trying to counter the self-proclaimed Islamic State, has to do with more informal ways of exchanging money, notably through the transfer of oil and cash across borders and the illicit sale of antiquities.

"We're a victim of our own success in a way," said Rep. Stephen Lynch, D-Mass., the top Democrat on the task force.

Seth Jones, the director of the International Security and Defense Policy Center at the RAND Corporation, said one step the United States should take would be to have special forces and intelligence agents prioritize the targeting of financial nodes rather than bomb-makers and the like.

"Where I think there's room for improvement is on the ground," Jones said. "That's probably one of our biggest weaknesses."

Schanzer said the United States needs to crack down on deep-pocketed donors from the Gulf states — notably Saudi Arabia, Kuwait and Qatar — while pressing Turkey to do more to stop the flow of fighters and equipment through its southeastern border with Syria.